When we left London in 1948 I was going to the Leyton County High school for boys so I had to enlist at Westcliffe High School for boys but as my academic skills were (to say the least) unsatisfactory they were quite happy for me to transfer to William Read Secondary School Long Road (by Jones Stores). 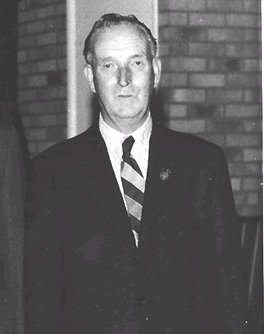 This school was more on my wavelength and at this point I must make mention of some of the teachers at this school. The name “Slasher” Eales still sends a tremor through every old school pupil when recalling school days, a strict disciplinarian to whom a kick up the bum or a clout around the head was the norm (plus of course the cane) a 24 hour teacher who’s beady eyes were always on you even after school, he also took gardening classes and scripture lessons and when Slasher said “dig” you dug and when Slasher said “Pray” you bloody well prayed.

On Saturdays and Sundays he could be seen cycling up and down Long Road and if his telescopic and X-ray eyes caught you doing something wrong or acting the goat then on Monday morning woe betide you. He was a practicing Christian as he was a sidesman (I think that’s what they call them)

All the time we were at school we thought Slasher was a right B#@!!#d but when you look back in retrospect this man was responsible for keeping thousands of us rascals on the straight and narrow, taught us the meaning of respect, obedience and the will to work hard, in fact the type of teacher that is required in schools this present time were the aforementioned virtues are sadly lacking.

Another man who used to put the fear of Christ up us was the local policeman by the name of P.C. Farmer, now this huge overweight man used to ride his mode of transport (a bike) with his heels on the pedals and rode very slowly, but this was deceptive as my mate Harry and myself were caught riding two on a bike by him so he gave us a stern lecture and told us to walk to where we were going but being smart arses as soon as he got out of sight and carried on riding we jumped back on and rode around the block and as we went around a corner who should be in front of us was , you’ve guessed it one P.C. Farmer who issued us with a summons to appear at Rochford magistrates court for which we both got fined 10 shillings(I think) a very smart copper that one.

It isn’t until you get older and more wiser that you do realize just how much influence these two men had on your own ideal standard of living.

“Gillie” Potter the science teacher and Miss Dalrymple the music teacher – I think – who did her best to try and get a load of us Canvyites to sing in tune “Who is Sylvia, What is she?.” an impossible task.

Just to conclude on school life can you imagine about fifteen boys some with voices breaking, some with deep voices and some still with their high voices all trying to harmonize with fifteen girls all singing with high pitched screams with as much gusto as they could produce, With this Cornucopia of sound even modern day music would not be able to beat this.
The Headmaster (I think) was a Mr Watkins.