Part 4 and 5 First Job and girls 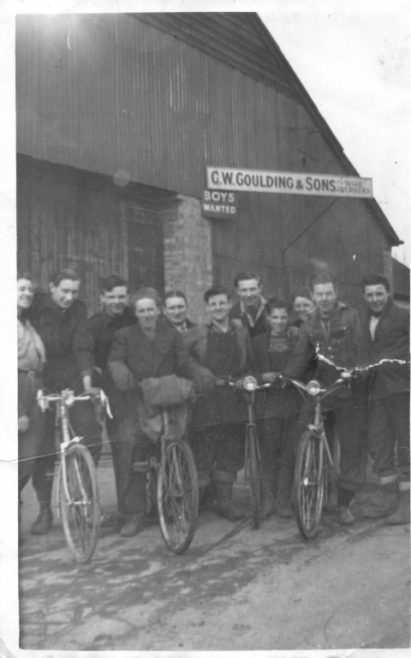 My first job after leaving school at 15 was with Gouldings & Sons Sheet metal and Wireworkers where a lot of local boys had their first taste of working for a living. They had two factories, one in Yamburg Ave (Wireworks) and one in the old market building down on the corner of St. Annes Road (Sheet metal).

I worked at the wirework factory which was only a few minutes walk from Beach Road, my starting wage was 10 pence an hour – a grand total of One Pound Sixteen Shillings and Eight pence a week, of which I gave my Mum one pound. Can you imagine the outcry if you asked your kids now to give up over half their gross income towards the upkeep of the family!

The foreman at the wireworks was a man called Arthur Richards and a nicer man you would not meet, his tolerant attitude to the boys who had just left school helped us to acclimatize to the workforce, when you start your first job straight from school you need a man like Arthur to ease you into adult life not some boss or foreman who think their sh*t doesn’t stink and play all kinds of idiotic tricks on you.

When you had learnt the basics of the job the pay went up to 1 shilling an hour and you were put on piecework which meant the faster and harder you worked the more money you ended up with at the end of the week which was another good lesson in life (work hard and you will prosper).

Mr. Goulding the boss left the running of the factories to his foremen and did not visit the factories all that often, when he did he reminded me of Winston Churchill as he was very big and smoked a cigar.

We all looked forward to pay day and the visit of the Telfer Pie man from whom we bought pies, sausage rolls and slabs of cake and when you came from a poor family the pride in taking pies and sausage rolls home on pay day was tremendous. 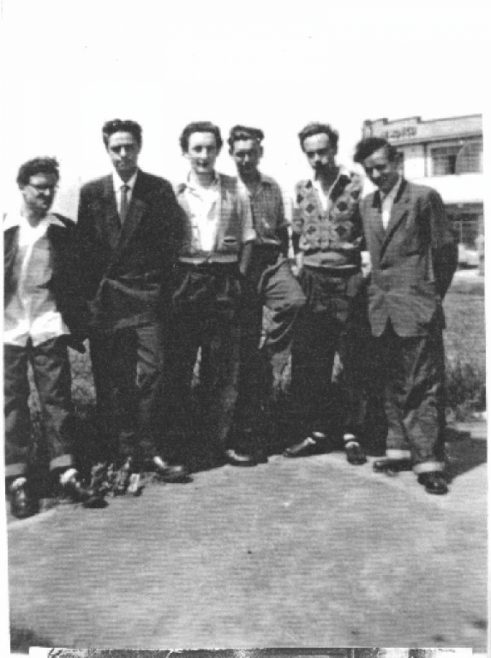 Most of the girls living on the Island either commuted to the City or worked at Egans Factory or Neales a bookbinding firm at Northwick Corner.

The girls who used to travel to the City to work went mob handed, nearly on the same bus and train. One of the girls gave me the nickname of “peanuts” as I was always sat on the top deck of the bus in the back seat eating peanuts and it was this one girl amongst that mob that I had a crush on, nice little dimples on her cheeks but as I was rather shy back in those days I did not have the courage to ask her out, I just wonder where I would be now if I had of asked her out??.

I will not mention her name in case she still lives on the Island (Oh the joys of youth.)!!!!!

Who can ever forget a typical Saturday in the Fifties –
One of the most popular cafes was Cockle Jacks being situated in the centre of the Island (opposite the Haystack pub) Whose owner’s wife used to tolerate all the boys and girls meeting there and very rarely spending a lot of money, I think she was happy just to have the café busy ,we would then decide what we were going to do that day, decide what and where we would go , sort out who we were going with then a bus to Benfleet Station, on the train to Southend , a walk to the top of Pier Hill where we went into Peggy’s café here all the hot food was displayed in the front window in large trays, filled ourselves up then either went to the Gliderdome for an hours roller-skating or to the Kursal.

The Gliderdome experience was great and as usual we mucked about, we would skate around in a large circle get up speed and the let go of the last person in the line who would then go out of control causing chaos on the rink.

Very often we would be so engrossed in enjoying ourselves that we forgot the time and missed the last train to Benfleet (which wasn’t all that late) and then we would walk home to Canvey singing and larking about sometimes calling into any fish and chip shop that was just about to close and say “Have you got any fish and chips left” and if they said yes we would say to them “well you shouldn’t have cooked so many” and laughingly walk out of the shop.

Sometimes we were stopped by the local police and asked to keep our singing down but it was all in good fun, it is quite a long way from Southend to Canvey so we were knackered by the time we walked (and sometimes rolled) down Essex Way, by that time of course the last bus had gone so another long trudge over the level crossing and along Lakeside Path and home.

One thing I will iterate now and all through these memories is that although we mucked and larked about and sometimes were a pain in the arse to some of the older residents on the Island and got into quite a few scrapes never did we resort to kicking or the use of knives. In fact by todays standard we were model citizens.