Because there are quite a few of these memorable characters I am splitting them up into two episodes.

These are some of the people I can recall during my early years.
In recalling these people I have mentioned names, now this is no way meant to be derogatory or put them down, in fact I am putting them on a pedestal as they are an integral part of Canvey’s history and I hope that older residents who read this can also remember these characters and have a little laugh and maybe an odd tear.

The first one I can recall seeing when I moved to Canvey was the Bird Man who used to stand on the corner opposite the Haystack Pub and feed all the birds and sing to himself, the song went something like this … I’ll be pleased to hear the noisy aero planes shan’t I – shocking – the damn noise affects me – I can’t work for years and years and years every fortnight. Then he would go and recite a cure for a cold which went something like this “two ounces oil of linseed, one ounce oil of turpentine ” etc. a harmless happy person we were told that he was a wartime pilot suffering from shell-shock.

Mrs. Freeman and her daughter, known as The Cat Lady who wore what I can only describe as St Trinians girls uniform (a short skirt with stockings full of holes)and a beret pulled down over her ears and pushing a Tansad canvas pram around Canvey with her cats wrapped up in blankets lying like a pair of babies in the pram.

Fred and Bill McCave – Fred was the Editor of Canvey News and Benfleet Recorder and known to us boys as Canvey’s leading crime reporter, we used to rib him every time we saw him by asking him if he had caught any villains lately. His brother Bill was a builder and every time we saw him we would say “Keep your chin up Bill” now all the readers who can recall Bill will know the significance of this remark.

Jack Bradley known to everyone as Cockle Jack (a rather rotund man) who owned the very popular cafe opposite the Haystack was always outside selling seafood from his stall while his better half Ann and her helper Kit Foster did the serving inside.

Peggy Della with her red beret – whose rich baritone voice could be heard echoing from the Haystack to Lakeside Corner. Her command of the English language – very colourful to say the least – was an education and her rude answers shouted to us on the other side of the road to some very rude personal insulting questions burnt your ears.

Peter Bond who always wore a knee length maroon jacket and drove around Canvey in a Hudson Terraplane convertible with his two mates sitting up on top of the back seats the car being previously owned by Dianna Dors (So we were led to believe!) 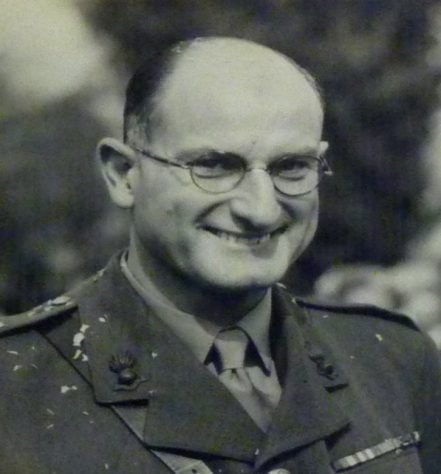 Lt. Col. Horace P Fielder a leading Tory Party figure who owned the local caravan park (who I think eventually had the Conservative Hall named after him) and had this fanatical notion in his head that all of the local yobs had but one thing on their minds and that was to rape and pillage every one of his female holiday makers and therefore maintained a 24 hour guard on his site trying to chase off any local intruder with his walking stick, but one man with a limp and a bike was no match for the “Hungry” erect (metaphorically of course)_ Canvey boys who he called “Those horrible Oyster Fleet boys”. Looking back in retrospect I would have done the same thing as him.
He also had a very nice looking wife called Barbara who was once a Canvey beauty queen I think.

Sparrow Dent– the scourge of non ticket holders on the Canvey buses although only five feet nothing in thick soled shoes he grew to an enormous six feet when he donned his inspectors uniform, and always seemed to be acting the hard man, we had this annoying habit of chewing up our bus tickets into wet soggy balls which didn’t please Sparrow who had to wait until we flattened them out for inspection.

Another bus inspector I recall was Bert Windsor a rather big bloke with a very bald head (I worked with his brother Ronnie at Regent and he too was lacking what I now lack, hair) Bert wasn’t so officious as Sparrow and you could have a laugh and joke with him (like making out that you had lost your ticket and spend a long time looking for it and then produce the ticket from some queer place on your anatomy.)

One of the bus drivers I clearly remember was a “Jack the lad ” type ( one of your readers on Canvey told me his name was Bert Foulgar) long black hair good looking and wearing an ear-ring and looking like a gypsy, who had a lot of the young girls hearts in a flutter We called him ‘Lover boy”

Dave – last name not known, the resident pianist during the summer season at the Monaco pub on the seafront, small and a bit bald he brought the house down when he sang (minus his false teeth) “Shining Sarah sitting in a shoeshine shop, and when she sits she shines and when she shines she sits” Sing that fast and after a few milk stouts and you will see what I mean. 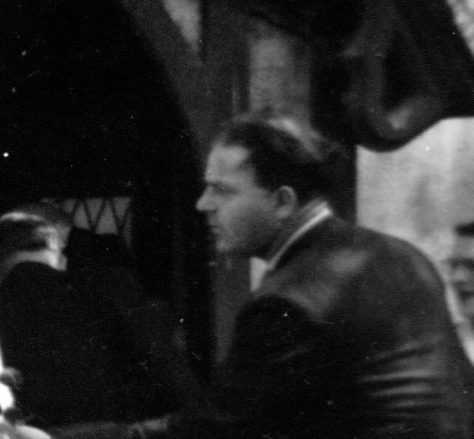 * Joe Overs – Canvey’s professional photographer who was always seen riding his bike in much the same style as P. C. Farmer and when you asked him how he was he replied “I’m alright on the whole”.

I could go on and on, Tiny Tim from the Jolly Boys café at the beginning of Beach Road, (whose head could just be seem above the counter) Harry Whitcombe a foreman at Gouldings Sheet metal Factory who was also a part time fireman and after the siren had sounded could often be seen peddling furiously down Long Road trying to get to the fire station before the fire went out.

Billy Hodder – After a year at Gouldings I left and obtained a job on the Harold Hill new town site as a plant fitters mate and a bus used to leave Canvey every morning to transport workers to the site, now the steward on this bus was Billy Hodder (this was Bill’s bus and nobody but nobody got on that bus unless Bill said so) and a funnier man I have yet to meet. He would have been the original Arthur English and from the moment I got on the bus until we arrived at the site I was in stitches, jokes rolled out of his mouth in a continual stream and being only 16 at the time a lot of them went over my head, but as everybody else on the bus was laughing so did I. Come to think of it the bus was a Hodder family special as besides Bill there were his brothers Laurie, Ronnie and Buck and two brothers-in-law Bill and Bert ? Lewis and as I said at the start one of the funniest men I have ever met.

I can still visualize Bertie Benson wearing a Trilby Hat and carrying his big brass instrument – I think it was a euphonium. He used to catch the train into the City nearly every day to do a bit of busking and could always be seen walking up Ferry Road towards the station

Also there was a bloke who used to wear smart navy whites in the summer and all through the winter he wore yellow souwesters including a hat and Wellington boots.

Arthur Reid who I suppose would have been Canvey’s answer to old man Steptoe.

Some of the other characters that I can recall are Mr. Andrews who used to deliver bread around the Island on a three wheeled tradesman’s bike all hours of the day and night, definitely not the fastest thing on three wheels in fact it would be a dead heat between him and a tortoise in a race.

Mr. and Mrs. Harmes who were expert ballroom dancers always in the dance hall floor of the Red Cow on a Saturday night and whilst us lads reluctantly got forcibly dragged onto the floor, shuffling around on the same spot, one hand under your partners bum , the other around the back of her neck, one eye one the clock (seeing how long to chucking out time) and the other eye on your beer Mr. and Mrs. Harmes would be spinning all around the floor oblivious to all the obstacles in their way (us).