You are here: HomenextHistorynextAll Your MemoriesnextGerald Hudson's Canvey MemoriesnextDeath of Geoffrey de Havilland jnr when his experimental jet exploded.

Witnessed from the Parkway, Canvey Island 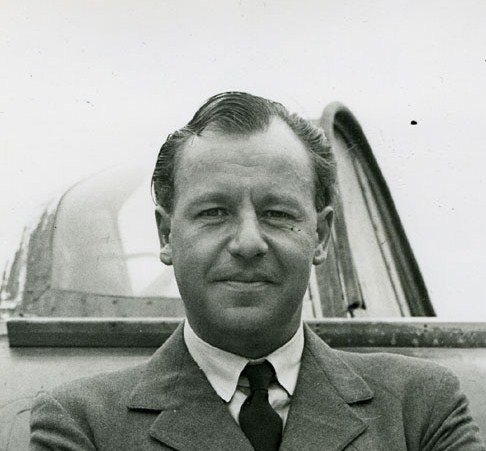 On a beautiful summers evening, September 27th. 1946 I was walking along the Parkway when I heard a screaming sound in the sky beyond Thorney Bay. Like most people in those early days of the jet, I tried to see the aircraft that was obviously travelling at a very high speed, by looking up at where the sound was coming from. Suddenly there was a huge explosion and I could now see some large pieces of debris, falling rather quickly over the Kent side of the Thames.

However, hundreds,if not thousands of smaller pieces seemed to be simply fluttering down and I could tell that a lot of them were going to fall in the fields between the end of the Parkway and Thorney Bay. A friend and myself rode our bicycles as quickly as possible to the fields where most of the debris was now landing. Other boys were arriving there at the same time and all of us gathered up as much as we could. I remember that one of the pieces I had managed to find had some printed words on it and referred to parts being inspected and checked, probably upon completion of the aicrafts construction.

We still didn’t know what aircraft or any of the circumstanses that had caused it to explode but as we arrived at Long Road School the next morning there were some policemen and some very “official” looking gentlemen talking to the teachers in the central courtyard. As soon as we were settled in our classroom the visitors came in to address us and here is what they told us and what they requested of us. 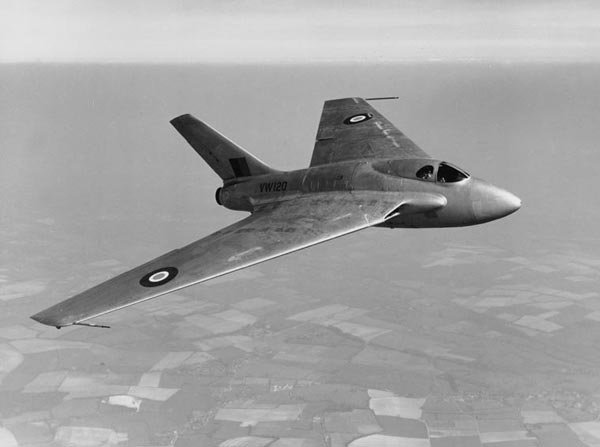 The aircraft that had disintegrated in the sky over the River Thames was a de Haviland D.H. 108 experimental jet fighter and was being flown at close to “sound barrier” speed by none other than Geoffrey deHavilland, son and test pilot for his families aircraft design business.  We were asked to hand over all of our “souvenir” pieces of the aircraft in order to assist with the investigation that most certainly would follow the incident. The pilot’s remains were found on the Kent side of the Thames, evidence showed that he had died instantly in the break-up of his aircraft and had made no attempt to operate his Parachute.

I will always remember this incident it had a profound affect on me for a long time. I wonder if anyone else out there witnessed this event??