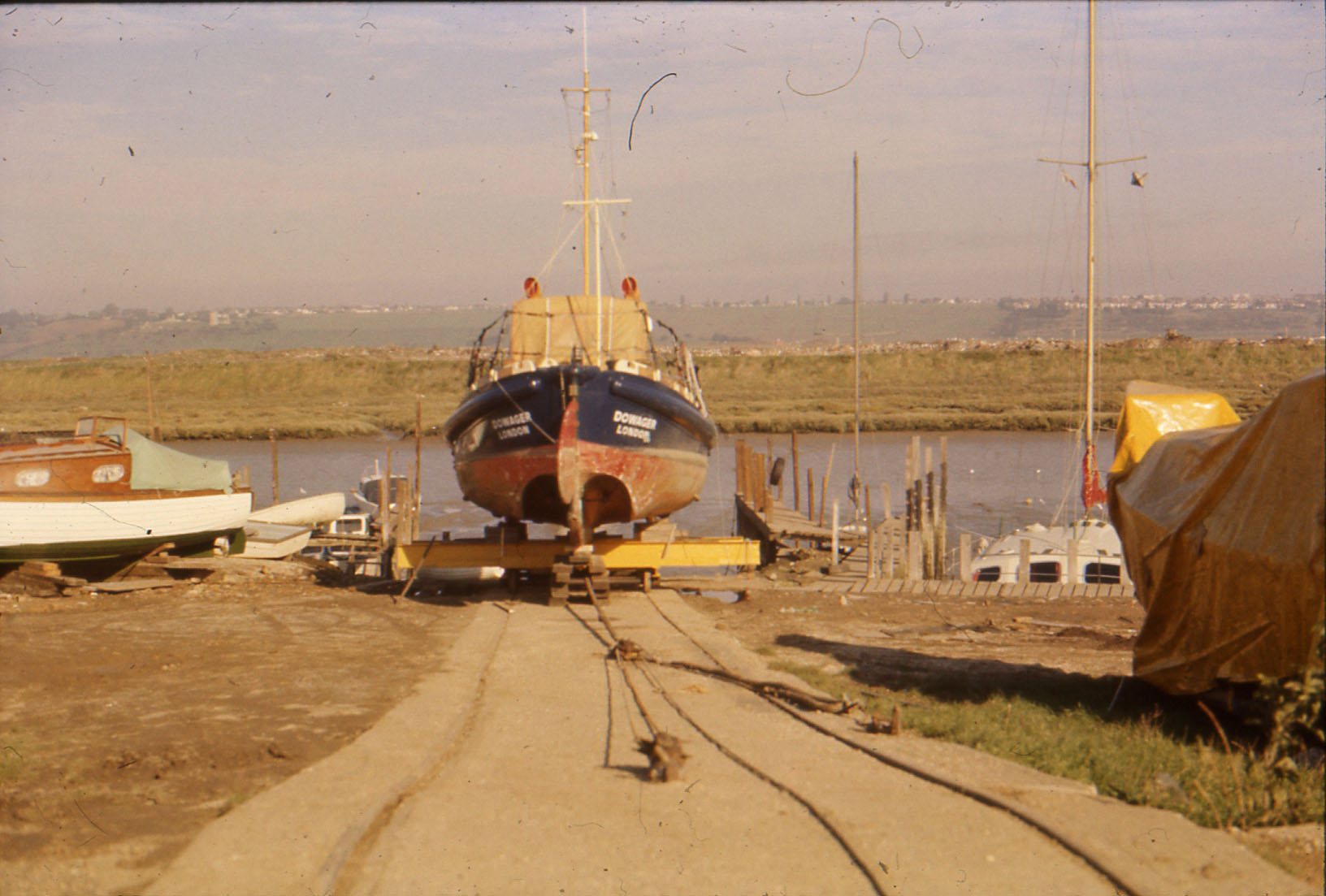 At first catamarans and other craft were launched and hauled out of the water on a flat platform which ran on rails let into the slipway and was controlled by an electric windlass and a series of snatch blocks.

This was first installed by G. Prout & Sons. Next a lifting gantry was made and with the use of a tractor was pushed into the water and then craft were floated into slings and lifted out of the water. Later a Floating Drydock was constructed {1979 } to take larger craft. 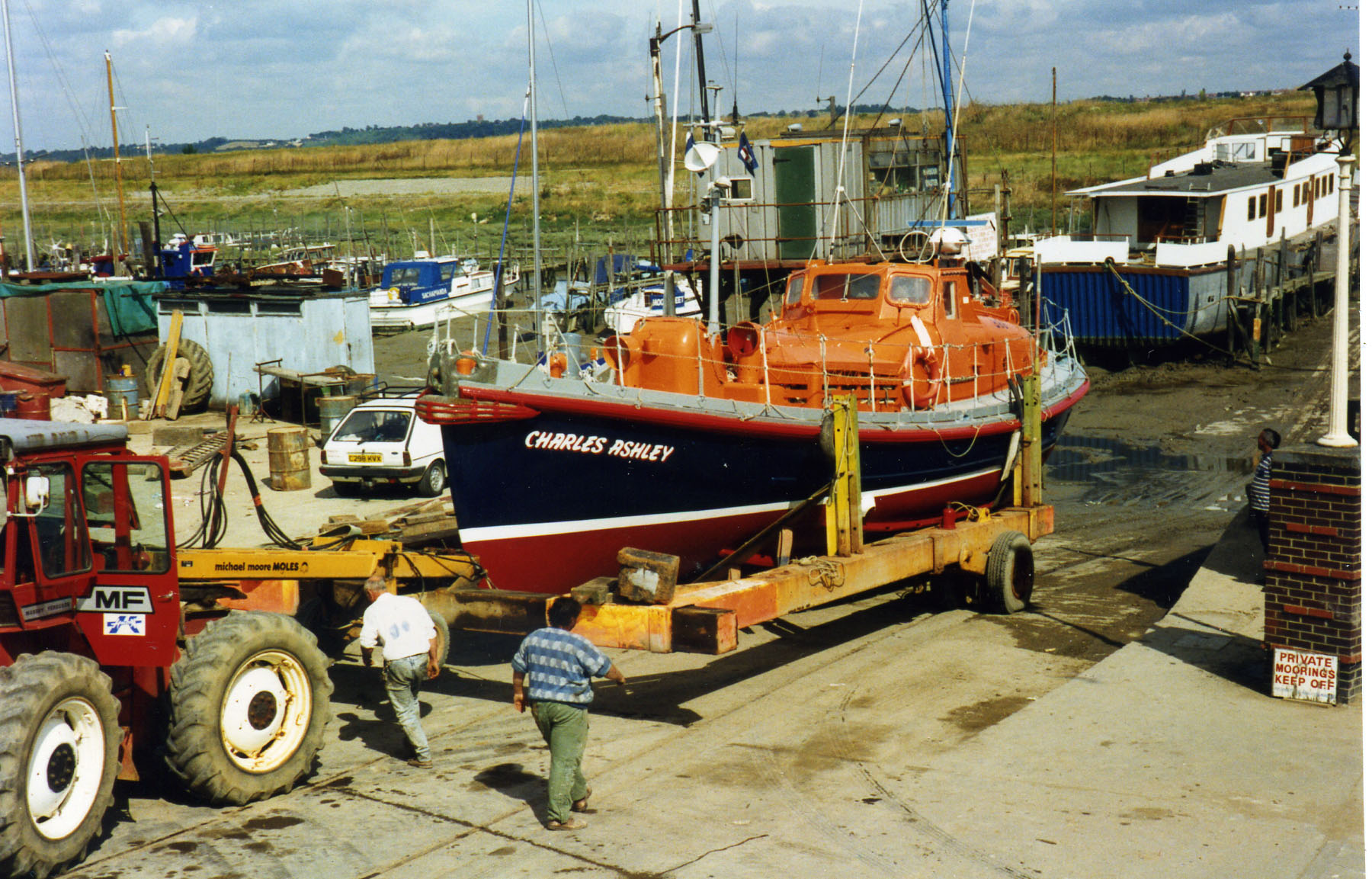 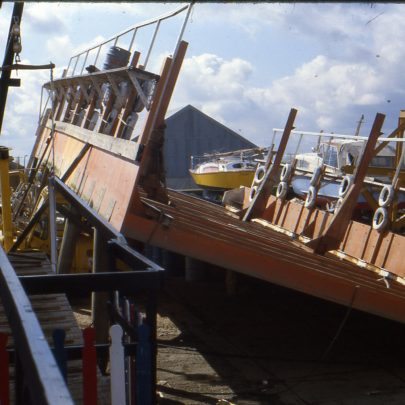 Work on drydock prior to launching
Ian 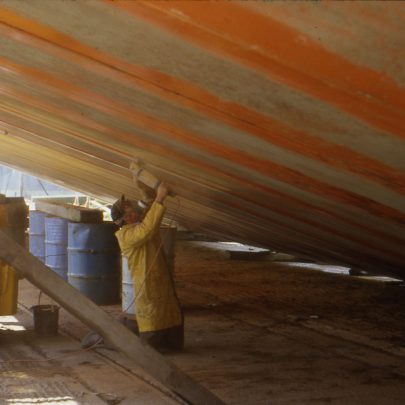 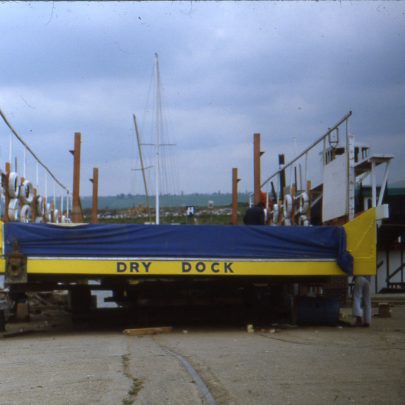 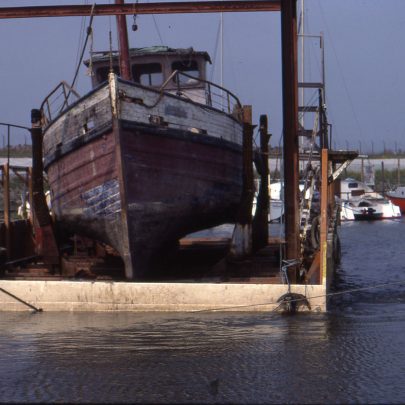 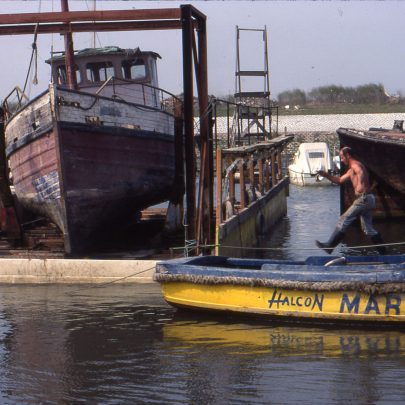 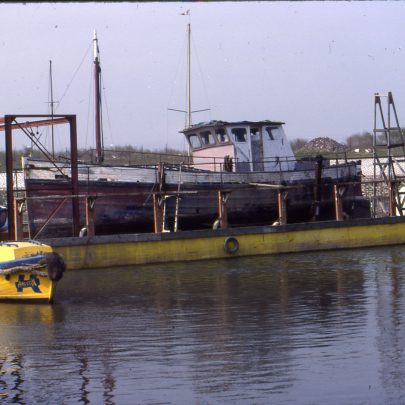 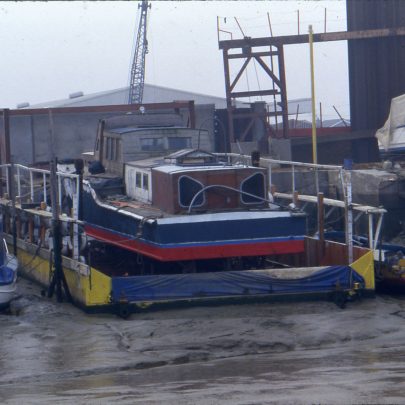