You are here: HomenextHistorynextAll Your MemoriesnextIan's pictures and memoriesnextConstruction of hard access across Small Gains Creek 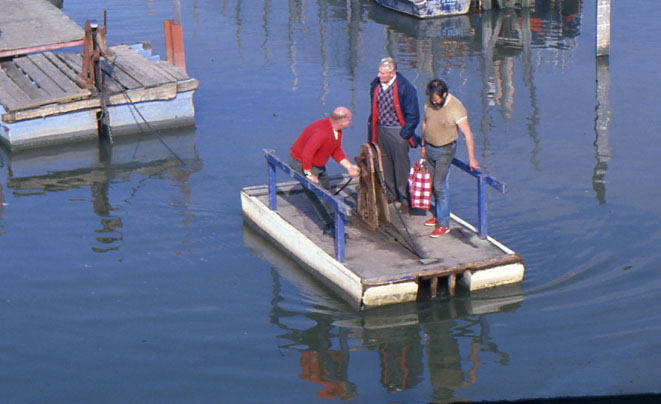 1979. Once the mooring jetties on the north bank were completed a chain ferry was installed for use by mooring holders to get across the creek when the tide was in.

Next a concrete hard was laid across the bottom of the creek. Work on this was timed to coincide with neap {low} tides to give as much work time as possible. First shuttering was secured in place and then mud was removed placing draining pipes at the lowest point before laying reinforcing rods.

On the day of laying the quick drying concrete the tide had to be right out at midday to give a longer working period. There were many helpers on that day, the only names that I remember were David Powell and Gerry Mason. About once a week the completed roadway was hosed down to remove any silt that had settled. About this time the new sea wall was being installed in the Marina area. 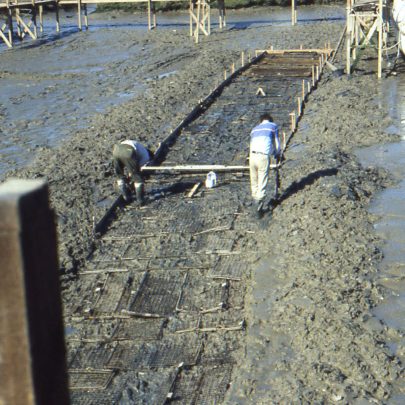 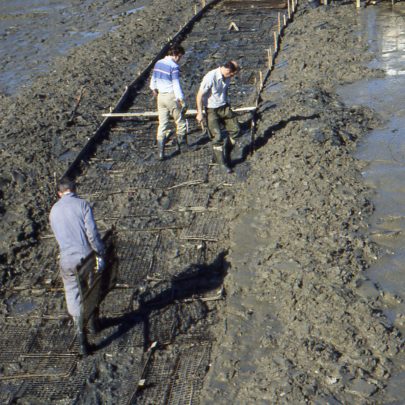 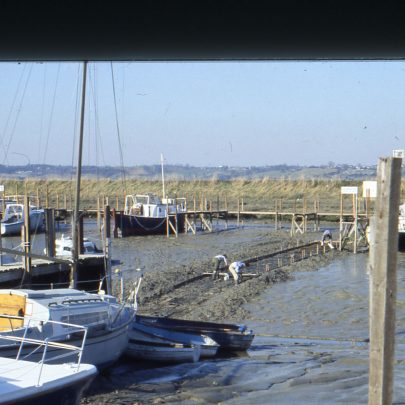 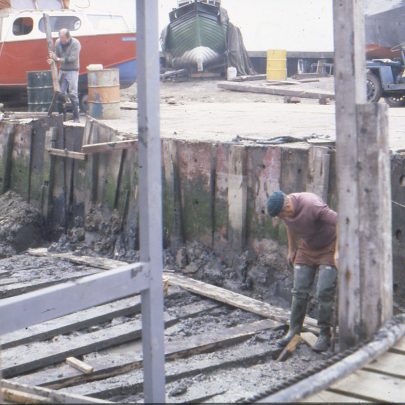 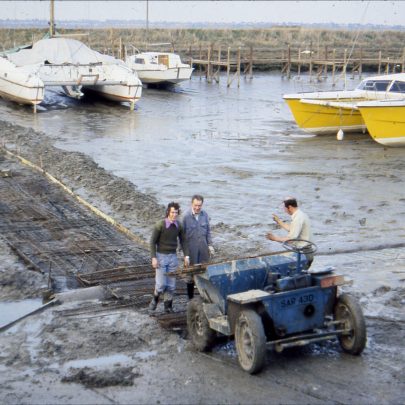 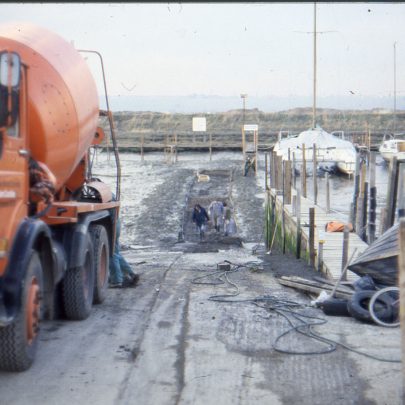 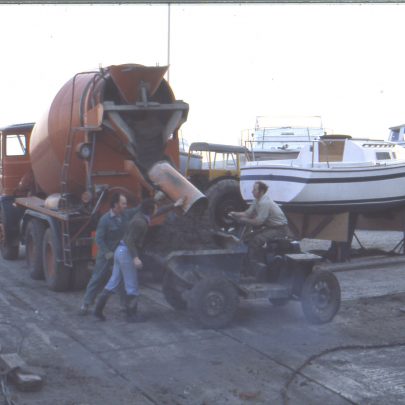 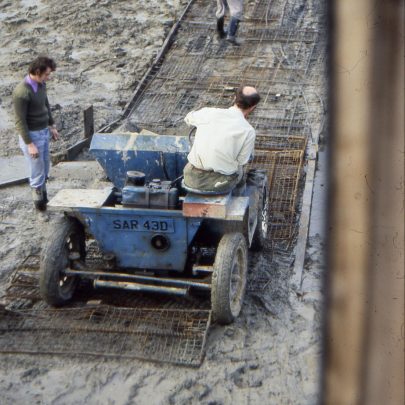 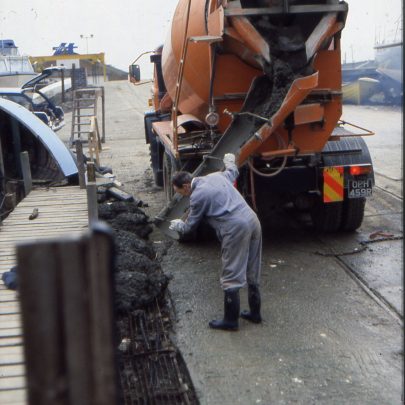 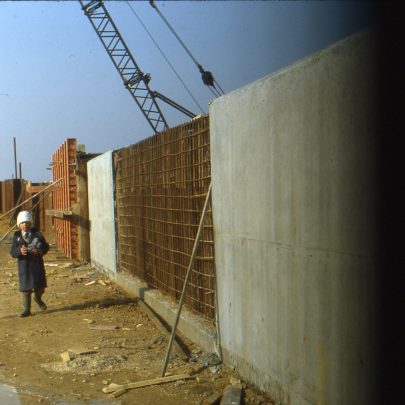