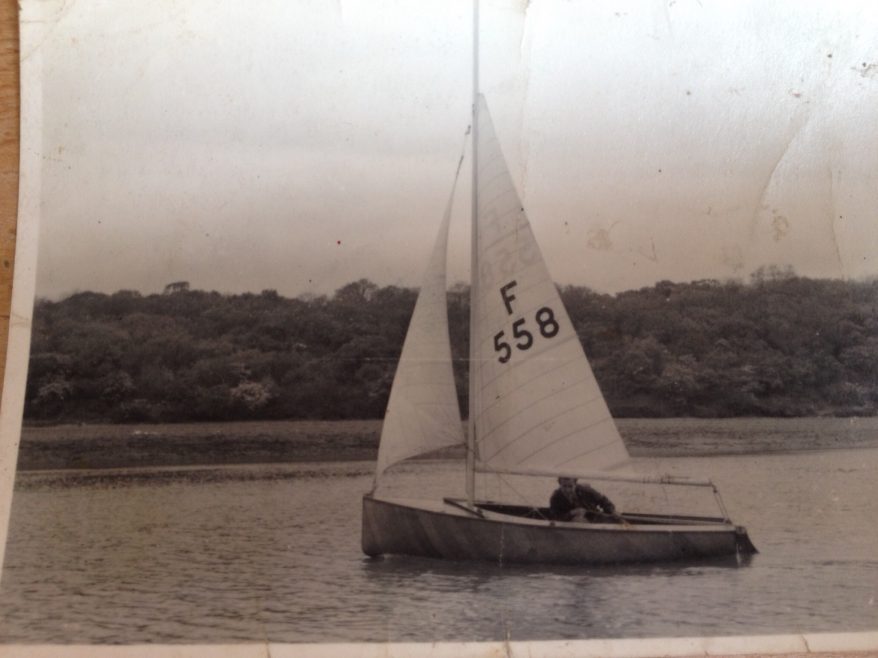 John Fisk in his Firefly

I thought I must tell you this story because travelling through life you meet all sorts of people but rarely get to know them well. I was told of a little inoffensive man who worked in an office and was looked upon as a wimp by his colleagues. One day a rifle was put into his hands and he went to war and later he was awarded the Victoria Cross for bravery. One can never predict the action of another until put to the test.

I was on a weeks holiday,i it was a hot summers morning not a cloud in the sky and just a gentle breeze from the east. High tide was midday so I was down at the creek rigging the National (N 934) around 10,00 hrs when I saw Jean Jones a pretty girl, tall and slim and a few years younger than myself and had been a club member for some time. She was a keen sailor so I asked her if she would like a trip out in my boat ..we pushed Nola out into the water and set off down the Creek. (Small Gains Creek Canvey Island)

I decided to sail over to The Yauntlet, a small creek on the Isle of Grain three miles across the River Thames. We were about a third of the way across when I noticed a big black cloud to the North West of us and coming against our present wind. A situation like this was danger in any sailors eyes so I immediately told Jean that we were heading back and to be ready to turn about. The only other boat in our vicinity was an 18ft T.E.O.D (Thames Estuary one design) about half a mile away by this time I could see a squall coming across the water followed by heavy rain, the coast of Canvey had already disappeared behind a white wall of rain that was coming straight for us.

Nationals are not the best of boats to be sailing when a storm of this magnitude is imminent. The first thing to do is drop the main sail which I did. The wind hit us like a brick, it felt like a big hand had gripped the boat and shook it. I had to ease the small foresail out to spill wind and was so worried that Jean might panic but when I looked at her she was smiling and did not seem to have a care in the world.

Then the rain came with such a force that it stung your arms and face and visibility was down to nil. Water was gushing off the foresail onto the foredeck and some into the boat, waves hit the side and sent spray high into the air ,we were both soaked to the skin. Jean’s long Auburn hair was swept across her face as we battled frantically to keep Nola upright. Suddenly a big black wall appeared in front of us ,it was the side of a tanker at anchor. We managed to sail around it. The wind and the rain eased off as quick as it had started,then we were in calm seas and blue skies. As we were putting our main sail up to head for home the T.E.O.D sailed past and greeted us with a wave and a cheery, “Didn’t think we would see you again .”

As we sailed up the Leigh Ray toward our creek we managed to bail out some of the water we had taken in during the storm and just scraped up to our birth on the last of the tide.I shall never forget that day or that girl .If she had not kept her head we both might not have made it .  She went on to marry a school friend of mine John Fisk, an excellent sailor they had two sons.

(John Fisk had a National 12 called Blue Moon he also had a Firefly F 558 and a boat called Koo Kriki any correction on this would be appreciated. Jane Parkin) 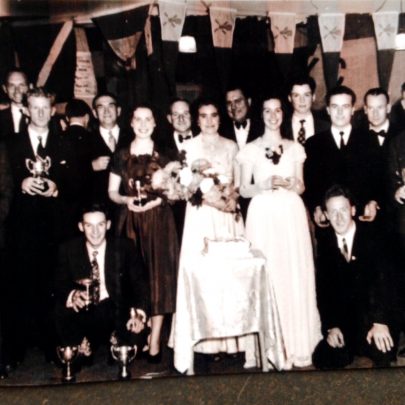 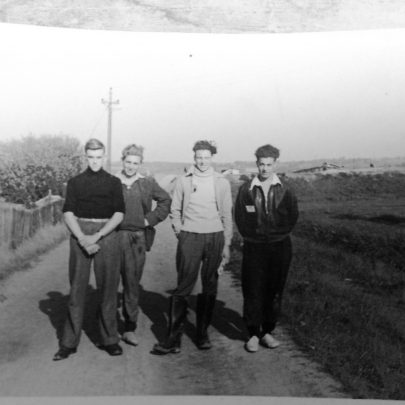 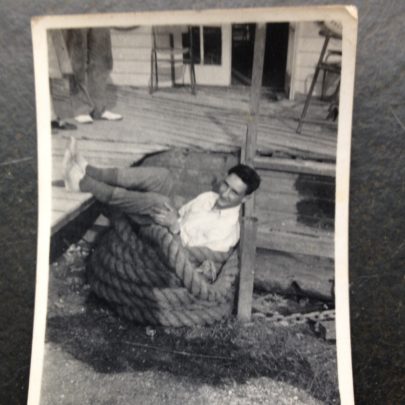