You are here: HomenextHistorynextAll Your MemoriesnextJohn Manly's MemoirsnextJack's Plaster Boots and a Soggy Mr Prout 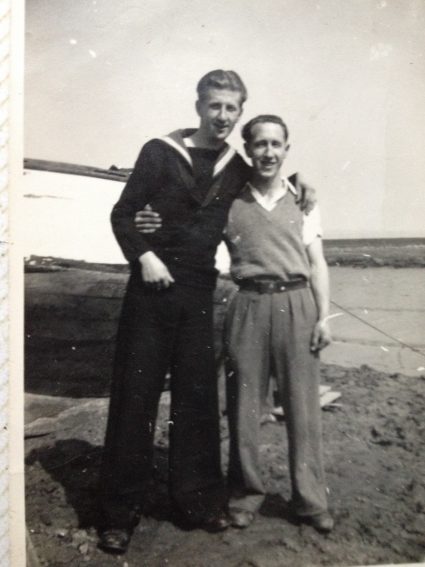 Jack Fenwick was my best friend, I had known him all my life. He had an amazing sense of humour and would see the funny side of anything. His Mother, a very dear lady, often said that when we were babies and she met my mother out shopping, Jack would lay in his pram and I would lay in mine and we would see who could cry the loudest.

One frosty morning Jack and I were down at the boating pool, his famous boat Pandora was wintering there and he was trying to convince himself to do some work on her. We stood there freezing cold, the tide was high and the water looked very cold.

We had just decided that a cup of tea in the Old Barn Cafe was a far more sensible idea when through the fog came Mr Geoffry Prout, Francis and Rowlands Father, carrying a long plank about 12 inches wide. Sensing that an interesting situation was about to unfold, Jack and I decided to hang about .”Morning Mr Prout .””Good morning boys.” He said, and jubilantly dropped the plank onto the bank letting it fall onto his boat and without waiting for it to come to rest on the deck he was half way across it, the plank missed he boat by a fraction and Mr Prout and the plank went straight in the drink! When his head bobbed up from the icy water a stream of foul language came with it. Jack and I just folded up with laughter but made a hasty retreat to the cafe before Mr Prout got out of the water. He was a very nice man normally but in a situation like that he might have forgotten the “Queensbury Rules” about hitting little children. We did not stay to find out. 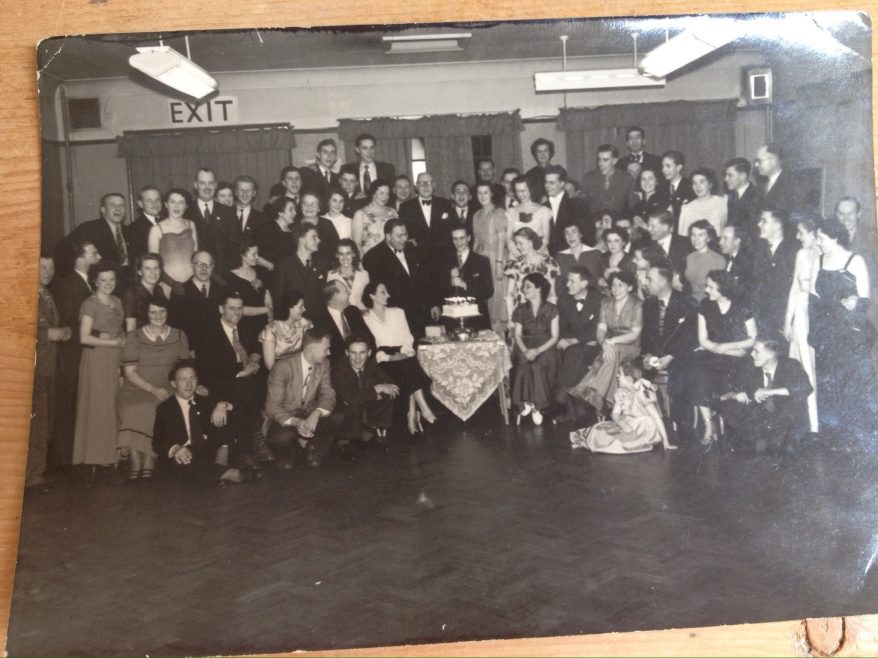 Jack and I used to roam the marshes with our air rifles taking pot shots at anything that moved. The birds were very well educated and usually flew off long before they were in range. Jack had many talents, he was a dead shot with a catapult and could hit most anything at fifty yards.

He was over at Hadleigh castle one day when a pigeon landed high up on the buttress old dead eyed Dick hit it with his catapult, it did not come down so Jack went up after it. Now the walls of the Castle were very steep and were very loose. Jack was a good way up when the stone that he was holding onto came away in his hand and down he went, he broke both his ankles.

I was not with him at the time but as soon as I heard the bad news I went round to see him, he was looking as sick as a pig. To be grounded for any length of time was absolute misery for Jack. His legs were in thick plaster up to his knees and under his feet. I tried to cheer him up and got the feeling he was pleased to see me go.

I must tell you about Jack’s bed, he had a nice little room of his own, the bed was the type that consisted of a wood frame with a fine wire spring area on which the mattress was laid but the wire on Jacks’s bed had come apart. The mattress had fallen through and was touching the floor. It was like sleeping in a hammock he loved it and no way would he let his Mother alter it.

Jack was off school for six weeks but by no means house bound he would trot over the creek with his plaster boots and his air rifle under his arm, sit on the wall and take pot shots at any target that took his fancy. 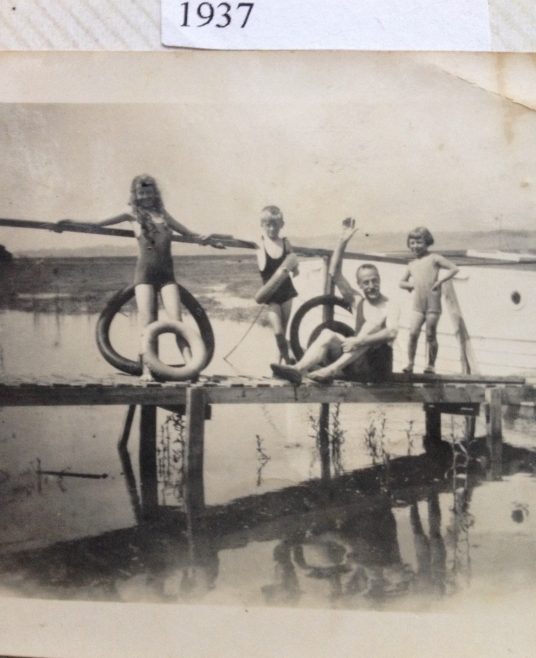 When he attended Southend Hospital to have his plasters checked the Doctors went mad because the was very little plaster left on the bottom and a special hard pad was built into the plaster for him to walk on. With his ankles healing nicely and getting about was much easier, Jack decided to try boating again. I was in school at the time. He went out in his boat and was merrily sailing down the creek when something happened, I don’t know exactly what but Jack went in the drink with the weight of his plastered legs he went straight to the bottom. When I asked him later how he got out he said he thought he must have walked along the bottom till he reached the shore. He said no way was he going to drown, not in Canvey bloody Creek anyway.

The Doctors were glad to see the back of Jack .