A couple of snippets about the family dog called Chum – 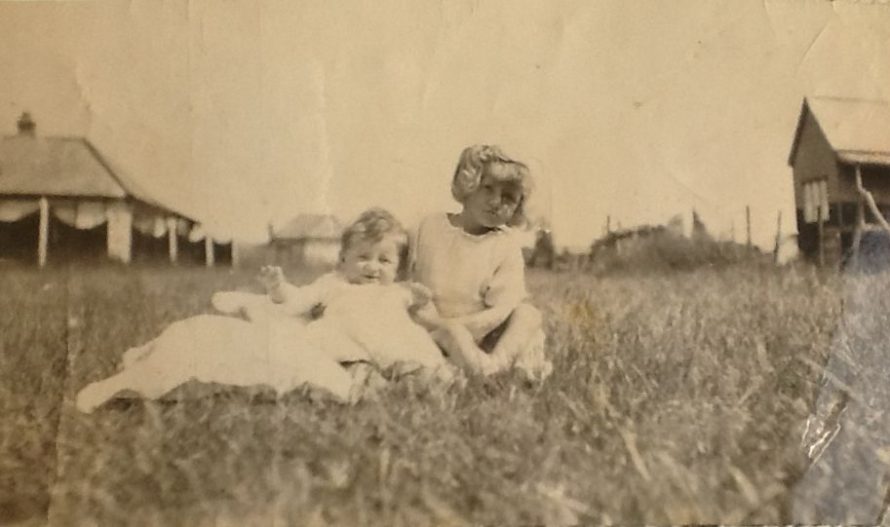 Baby Fay with John. This was taken in the middle of the ‘road’

We had a dog called ‘Chum’, he was a crafty old character and would steal anything in the way of food. Often he would bring home a chicken or a ducks egg that he had stolen from some poor fellow’s coop! On entering the house, he would drop his find at mother’s feet then look up at her as much as to say ‘how’s that then! One day he arrived home with a plucked and gutted chicken. Lord knows where he got that from, probably the milkman’s cart but mum would not waste anything so it went in the pot!

Mother was as kind to animals as she was to humans. Chum was always well fed and if anything was wrong with him, she would put it right but would not hesitate to give him the boot if he got in her way! Sometimes we did not see him for days when he was on one of his hunting trips. I have seen him five miles away from home then later he would turn up quite unconcerned. He came home one day in a terrible state, covered in oil and with a festering hole in his head, he was in great pain and we did not think he would live. Mother washed him and cleaned the wound, laid him in his basket with a hot water bottle. She stayed with him most of the night, within a few days he had recovered and was soon out on his rounds!

Chum was a good guard dog, often, when Fay was at the crawling stage, mother would leave her on a blanket in the garden, knowing that Chum would keep an eye on her. If at any time Fay had gone missing in the long grass, she only had to call Chum and from whatever direction he came from she would find Fay. The only time Chum could not be trusted was if Fay had discarded a part full feeding bottle. He would steal it and suck it dry! 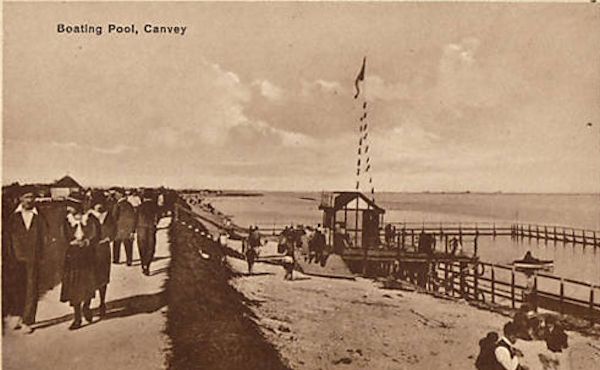 One day mother decided that father should take us all out for the day ‘cockling’. After much haggling, dad thought things could be worse, mum might have asked him to take us somewhere off the Island and that would have been disaster, one whole day away from a job. Knowing about tides he knew that it would be four hours away at the most, so he gave in to her wishes.

Off we all trotted down the point and out onto the mud. Chum decided to accompany us as the thought of getting himself plastered in thick mud was too good to miss. He loved to smother himself in anything that smelt vile, to him it was like Chanel No. 5.

We gathered our cockles, the tide was coming in so we started for home. Chum was smothered in black slime and, with a happy contented look on his face, trotted along in front, as we walked along the sea wall we had to pass the old boating pool which was full of water about three feet deep. Dad looked at Chum, then mum, he gave her a wink, quickly picked him up and threw him out into the middle of the pool, he hit the water with a splash and disappeared. Next minute he was up and paddling frantically for the shore. There was nothing Chum hated more than water, at the very mention of the word he would make himself scarce. Chum came up onto the top of the wall, stood at a safe distance, gave dad his worst look and went home. He must have felt terrible, soaking wet and all that lovely stinking mud gone, what a wasted day for a dog!