Letter to The Bulletin January 1983

You may wonder why someone from Sussex is writing to you, but I find your magazine fascinating-such lovely nostalgia for an ex-Islander like myself to wallow in.

I have The Bulletin sent to me by my sister who lives on Canvey.

In the late twenty’s when I was born my family used to spend happy holidays on the island. They liked it so much that we moved there from London about 1929 or 30. For the next 18 years I was to spend a happy childhood and my teens on Canvey. I recall my years on the island with great affection-a free and unsophisticated life. The unmade roads, quite safe to walk in during the friendly darkness. The glow of a hurricane lamp to light the way. 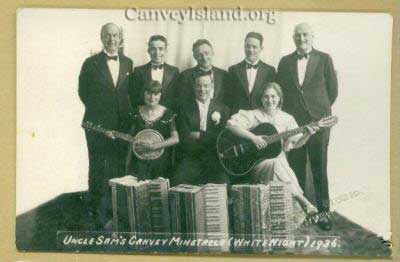 Perhaps off to a tap-dancing lesson, very eager to reach the standard required-to win a prize at Uncle Sam’s Minstrel show (my speciality was to tap-dance on a gramophone record holding it proudly up afterwards; to show it was still intact.

Walking to Benfleet, and on to Hadleigh Castle for a picnic of a simple sandwich, washed down with lemonade made with powder, and poured into a bottle very carefully – often topped up by a fountain on the way.

Another great excitement, was to get in some training to enable me to compete in a swim to the Chapman Light -house. This was usually in the form of a dare from someone or other, and a dark secret to be kept from parents and teachers.

Even the journey to the outside lavatory on a dark winter’s night was an adventure and challenge, especially in our garden with a ferocious red cockerel always ready to attack the unwary.

My early schooldays were spent at Whittier Hall near the Admiral Jellicoe, but I was soon to be removed from there, as my fond mother thought the class too crowded.

After a great deal of discussion it was decided to send me to a small private school-the head-teacher being a Miss Kipps – indeed she was the only teacher. The fee was half-a-crown a week, quite an outlay at that time. Dear Miss Kipps, a lovely, gentle lady, I fear we, the pupils must have been a little too much for her, as we were never required to attend school in the afternoons. Our teacher appeared to be rather fond of moving house, and of course we, the children moved with her. I have vague memories of several different bungalows. One was by the side of a small Baptist Church, not far from Whittier Hall – another army hut shape bungalow named San Remo between Gains Corner and Lakeside corner. I think the last move was somewhere not far from The Haystack, going down to the sea front, Furtherwick Rd? Around about this time my family was pretty well known as we owned a monkey. People would come for miles to see Patrick – he and I had many adventures, but that’s another story.

My family also, were rather fond of moving from one bungalow to another. At one time we lived near the creek enjoying many happy hours on the Annie Jones houseboat, loaned to us by a friend. Later we moved to Odessa Rd, near Steve’s Stores. Our last Canvey address was in Labworth Rd, almost in sight of The Casino where my brother, Victor (Sam) Ellen worked during the summer months on the Dodgem Cars (sadly he was killed whilst in the Essex Regiment’ 1940) 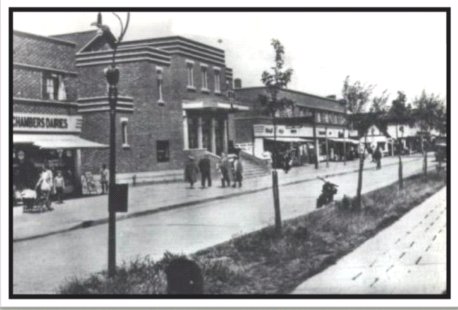 My very first job was at the Rio cinema as an usherette, what powers, we the staff had in that job. The only picture-house on the Island, and being 1939 the whole place filled with Servicemen and women. Before the film performance we would watch from the nearest window at the long queue, and know well in advance how many poor unfortunates would fail to get in. When I had worked at the Rio for some time, the boss asked me would I care to train as a projectionist. I was thrilled, especially at the wage increase. I can remember running all the way home with the news of my good fortune. At first I used to show the films on the Saturday children’s show, many a cat-call I’ve heard come up from that audience. However, I was soon considered competent enough to do the adult shows, (this honour, no doubt, due to the fact that the real projectionist had been called up to the Army). I wonder if. anyone on Canvey can remember the night the Rio showed the new Pygmalion film. Somehow the reels were sent to us minus the very one with the longed for wicked line, spoken by the leading lady- “Not Bloody Likely”. A very puzzled and angry audience refused to leave the building after the show, demanding their money back. Perhaps that was the reason I decided I’d be better off taking up a nursing career at Runwell Hospital, where I stayed for another 18 years.

Now here I am in Bexhill, Sussex in the same type of work, only now in partnership with my husband and son.

Your excellent magazine has brought back the magic of the old Canvey. A lovely, unspoiled island-truly a place of our childhood dreams. Many thanks, keep up the good work.