And her brother Eric Lennox Gregory

Marjorie Rose Gregory was born in 1907 in Highgate to Horatio and Ada Gregory. In the 1911 census when Marjorie was only four years old, Horatio was a widower living with his sister and his five children in East Finchley and his occupation was noted as Assistant Overseer and Rate Collector for Finchley Council. 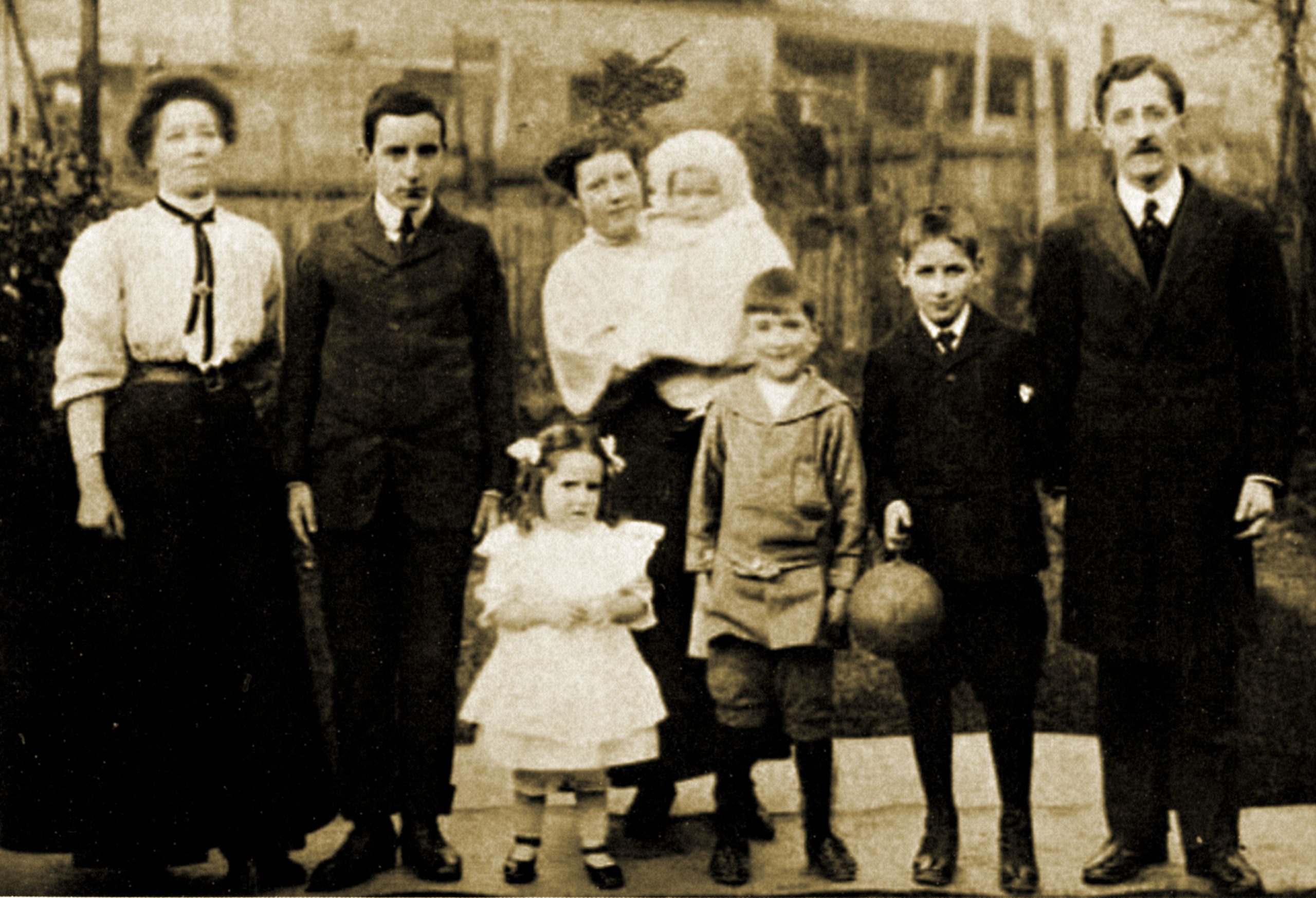 Marjorie first came to Canvey Island with her family for holidays. Around this time her father bought up plots of land on the island to build bungalows. 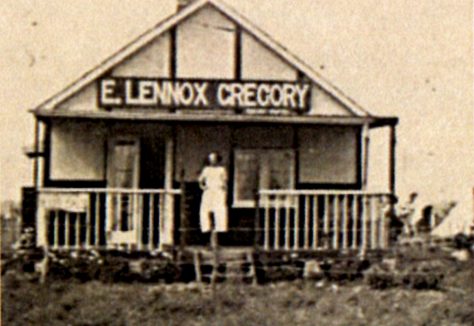 One of Eric Lennox Gregory bungalows

His son Eric Lennox Gregory (known as Len) later moved to Canvey we assume to manage his father’s assets. He married his wife Gladys Dagg in Portsmouth in 1923.

His name can be found on building plans at the Essex Record Office from 1923 onwards. He was noted as the Architect and Builder living at ‘Edouard’ in Beach Road. On later plans he was residing at Lenerick, Kamerwyk Avenue.  His office and workshop according to another plan were in Gains Road. He is recorded with his wife Gladys in the 1929 Electoral Roll living at ‘Denmead’ in Norman Road. In the 1939 register he is recorded as being a Master Builder living with his family in Laburnam Grove, Canvey. The couple later moved to Benfleet. The family definitely moved around.

Marjorie was sent to live with her brother Eric (known as Len) in 1923 when she was 16, Eric and his new wife were by then living on Canvey. She gained employment with Glady’s aunts, Eliza Thurston and Sophia Bond, at Bond’s Stores. Later found another job, this time a live in one, but had to find a place to stay at the weekends which was usually at her brothers or at friends.

In the early twenties Marjorie met Leonard Burgess, known as Leon, who she married at Southend Registry Office in 1925. Their first daughter, Pamela was born on Canvey (according to her immediate family but no Christening is recorded at St Katherine’s) in 1927. Soon afterwards the family moved to London where their second child was born, followed by their third daughter Rosemary in Becontree in 1931 but she died a few days later. 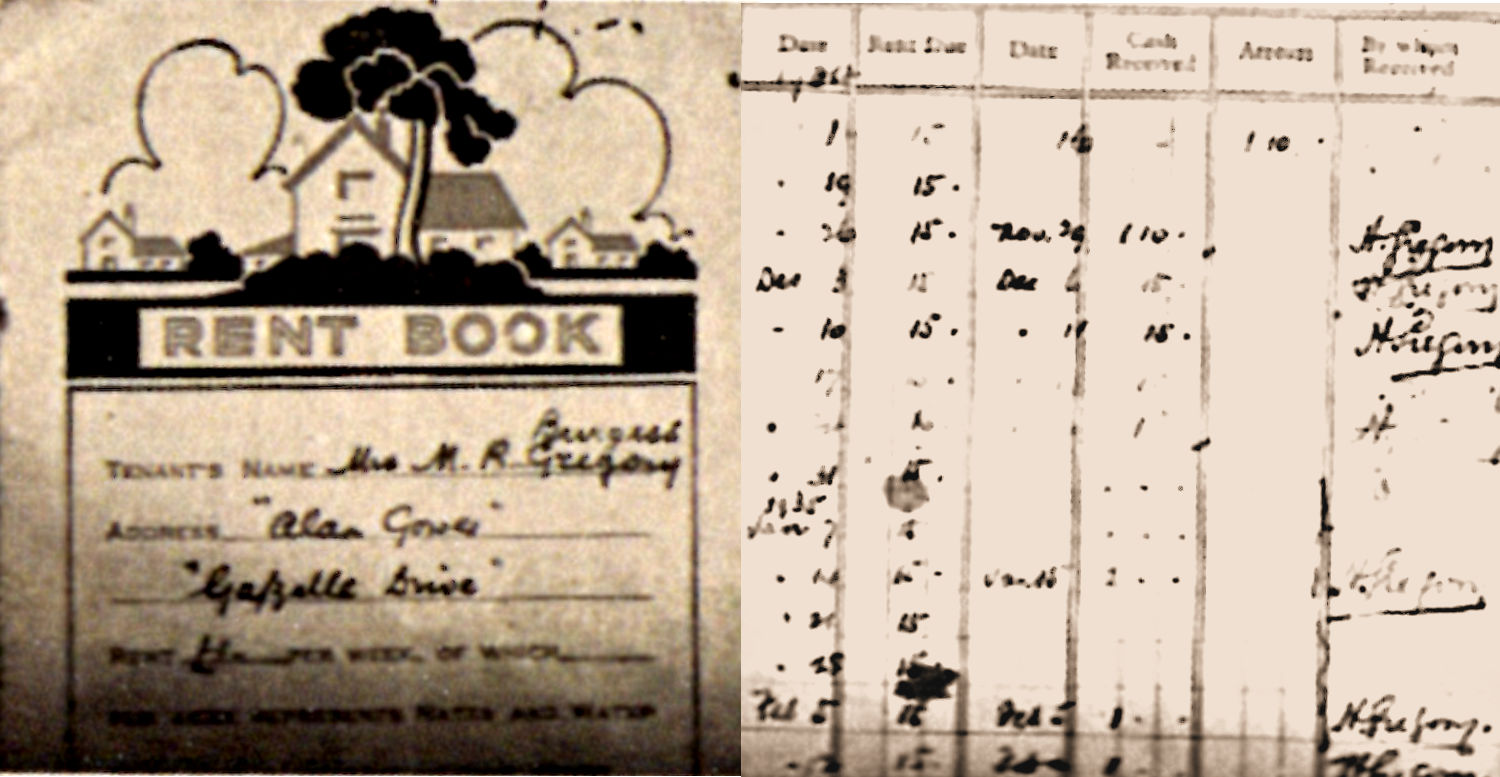 Rent book for Margorie Burgess for a place called ‘Alan Gower’? Not quite sure but it was in Gafzelle Drive. Signed off by Horatio Gregory.

In the 1929 Electoral Roll the family were living at ‘Petitte Caernleon’, Yamburg Avenue, Canvey Island with Leonard’s occupation described as Carpenter and Joiner. By 1934 Leonard filed for Bankruptsy and this was still ongoing in 1945 according to the London Gazette.

Quote: Around 1933, Mr Alec. H. Beaumont had decided to build a luxury hotel called the Monico and another amusement park and ballroom, called the Casino, to attract visitors from the thriving Kursaal at Southend-on-Sea. He had boating and outdoor attractions on the ground opposite and it became quite popular.

Just before the war the couple were running a wet and fried fish shop opposite Hooten’s Stores. Then moving to Chelmsford where their youngest daughter, Yvonne was born in 1944. The family returned to Canvey after the war, mainly due to Leonard’s health. They lodged with a Mrs Toyne who had a bungalow in Shellbeach Road. The couple purchased a large plot of land in Taranto Road using a mortgage in Marjorie’s name because Leonard was still an undischarged bankrupt. It was here Leonard built the bungalow ‘Yvonne’ named after their youngest daughter.

Quote: There was plenty to do on the Island for holidaymakers, two amusement arcades, Sutherland’s near Seaview Road and one on the corner of Maurice Avenue called Andrews’ Funfair. Opposite was a house called ‘Esperance’ which was a boarding house……………. There were other hotels, boarding houses and restaurants near the seafront, as well as the Traveller’s Rest, ‘Nobby’s New Woodville’ in the High Street and many pubs.

Quote: The island also offered boat rides to the Chapman Lighthouse and the Kent Coast, on the ‘Summer Rose’, Grandad Cayton’s boat, pony rides, the art-deco Labworth Cafe, a putting green and a model village. At one time there were even helicopter rides. There were several seafood stalls including the famous ‘Cockle Jacks’ cafe at the Haystack, where the ‘teddy boys and girls’ later met.

1946 and 1947 were bitterly cold winters and Leonard and his young daughter contracted pneumonia. Leonard was found to have lung cancer. He died in 1948 and Marjorie was left penniless. She had to sell off the bungalow to pay off her husbands debts. Her two elder daughters had left home by then, Marjorie faced a future struggling to raise her youngest daughter. She managed to find work at the Casino. 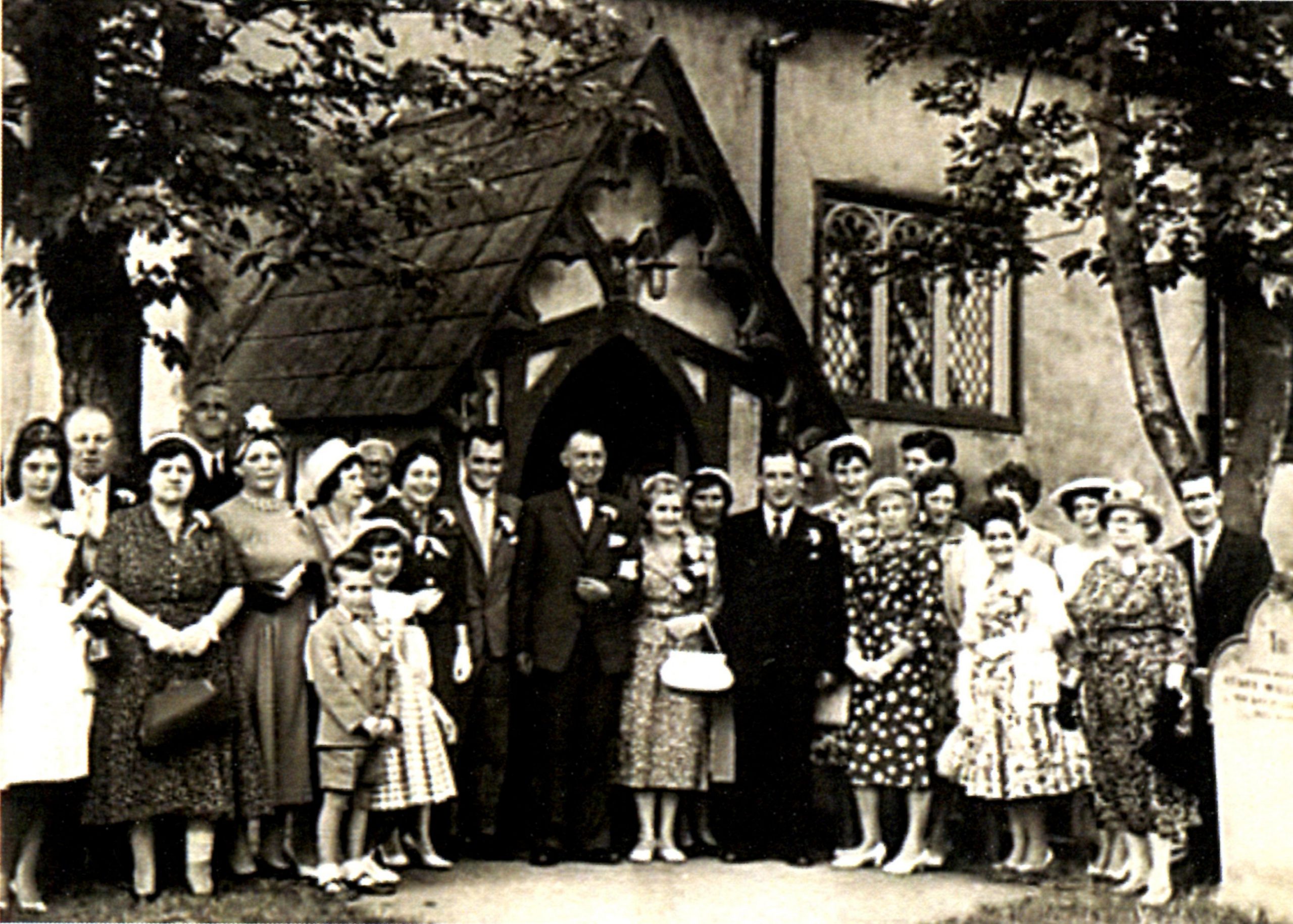 In 1960 Marjorie remarried. She had met Clifford Gordon Woods, a baker and confectioner who lived in Canvey Village. Marjorie was living at Leigh-on-sea at the time but the couple decided to marry at St Katherines Church in the village, not far from Clifford’s bakery. John Fleetwood was the vicar and she was given away by her brother Eric Lennox Gregory.

Quote: After the wedding, they had a reception at the Lobster Smack, the old smugglers pub in Haven Road. Gordon’s four sisters, his brother and three brothers-in-law were there, together with his three nieces and their families. It was a very happy occasion and they had a pleasant day.

Many years later the couple were living in Yorkshire when first Clifford died in 1979, then Marjorie in 1985.

Quotes from – Marjorie: The life of an Edwardian child.