Lent to us by Stanley Perry

This photo is of Stan’s brother’s wedding. From the left: Leslie Mileman (Stan’s brother-in-law), Mary Perry (Stan’s mother), the groom is Stan’s brother John, the bride is Eileen Perry nee Balma and beside her is her mother and her father Sid. The wedding took place in November 1952. Sadly Stan’s mother died later the following year. 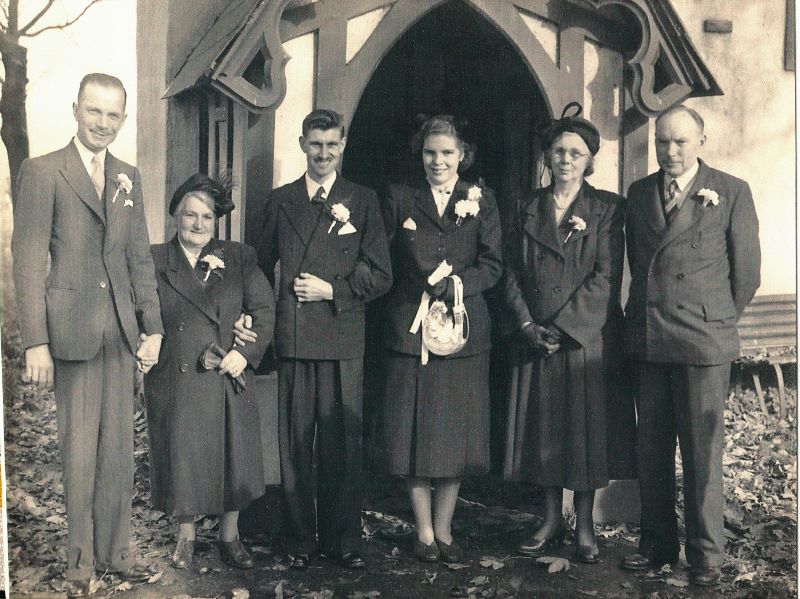 In front of St.Katherine’s Church porch.

This photo was taken in the back garden of ‘Dolce Domum’ in the Village. It shows, from the left, Stan’s daughter Ruth, Stan, his wife Betty Elisabeth Olive May, their son Tony, John McBrierty and his girlfriend who became his wife, Verna Bibby. John and Verna later emigrated to Australia and then moved to New Zealand. Beside them are Victor Hammerton (Stan’s brother-in-law) and Cath Hammerton. 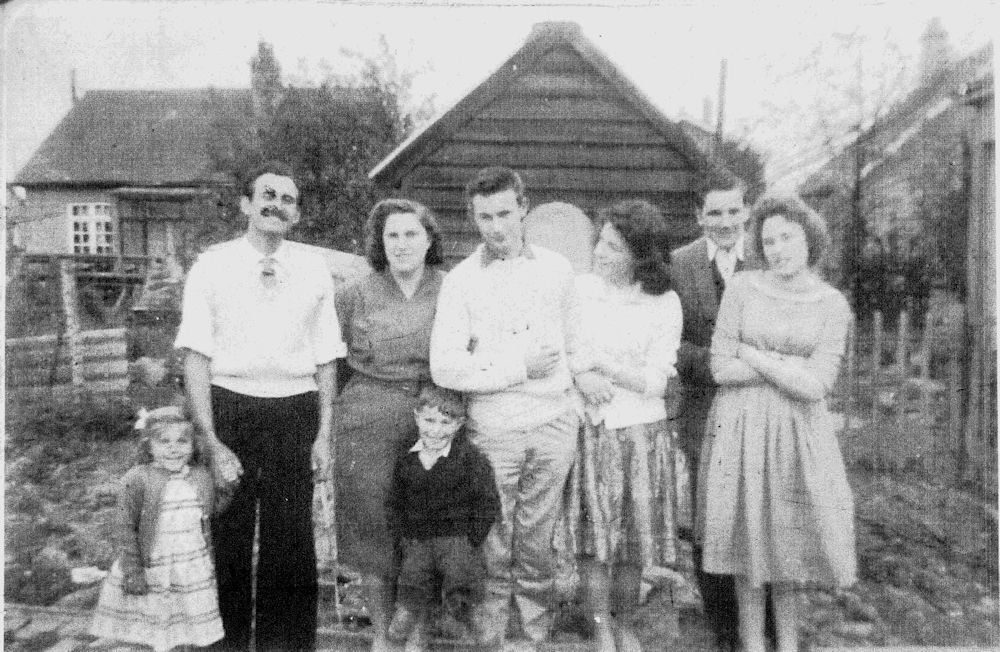