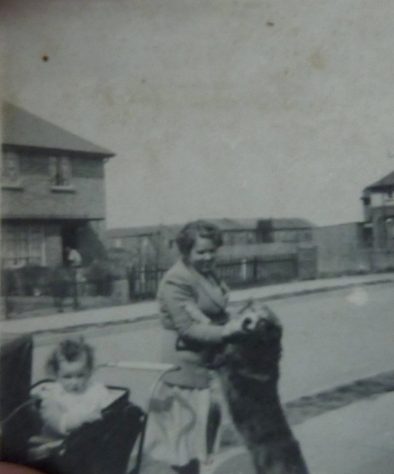 Bobby, originally from up north, met her husband Arthur Arnold during the war. They were both in the services, Bobby was in the ATS which she joined when she was very young having lied about her age.

Arthur’s family lived on Canvey Island in a bungalow in Mayland Avenue, where Bobby frequently visited. The couple married in St Katherine’s Church in 1945, during leave from their respective units. Once they were married Bobby had to leave the ATS and she returned to Canvey. 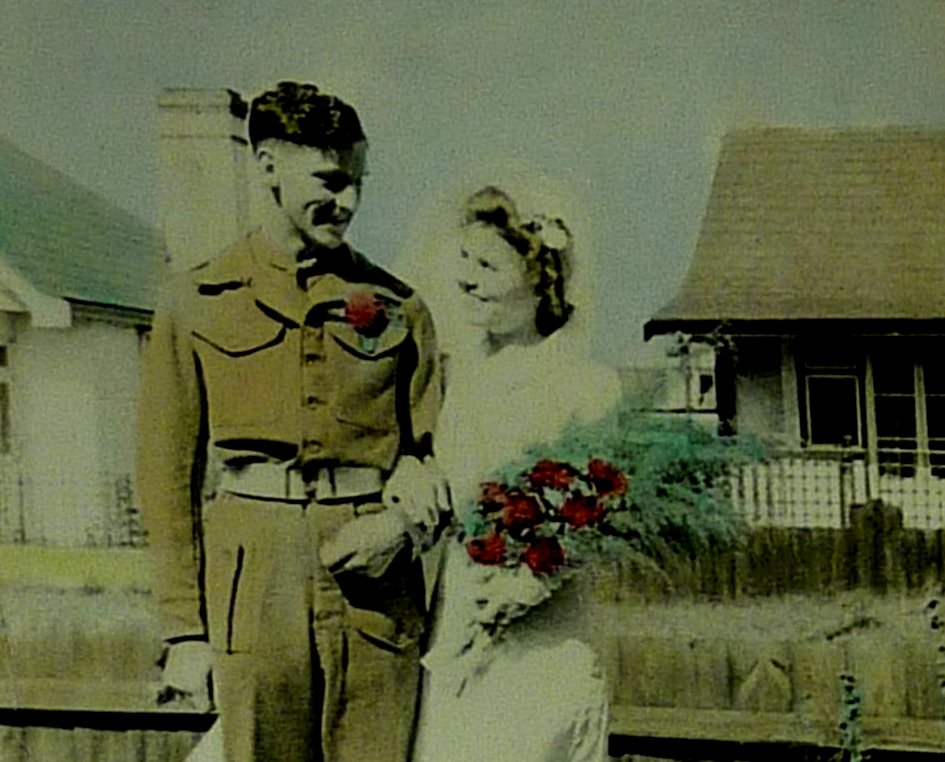 The couple made their home in North Avenue in the new council houses, where their daughter and son were born, 1950 and 1952 respectively. It was here in 1953 just a short few weeks after the birth of their son that the floods hit Canvey. Bobby talks about this in the recording at the bottom of the page.

After the war Bobby had got herself a job at Egens, she also joined Canvey Island’s British Legion. She was the first woman to be allowed to join and she said she had to fight hard for them to agree to accept her. She also joined a group who put on shows in the local halls. You can see her in the picture below. 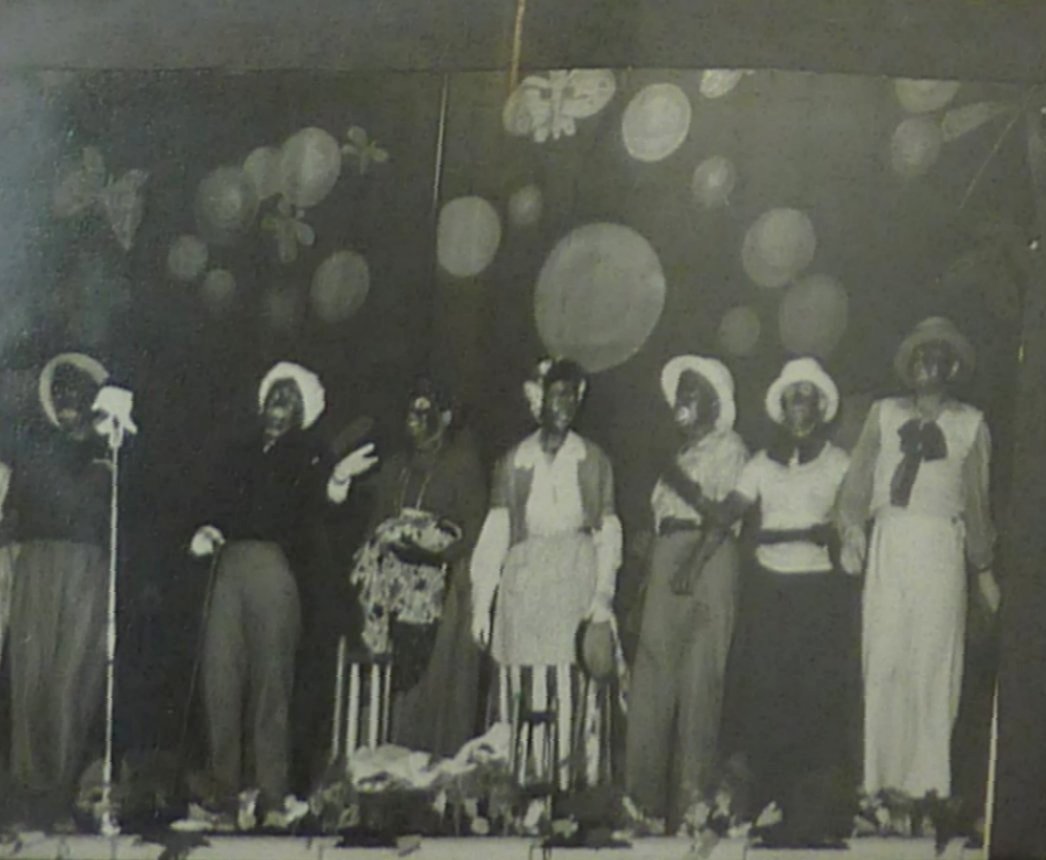 ‘Bobby’ blackened up for a concert

Not long after the floods the family moved to Mornington Road where Bobby still lives today.

Many thanks to Bobby for talking to me.