‘The barge was not, as Robert Hallmann asserts in his book, Canvey Island: A History, a valuable wartime relic. Hundreds of these oil/water barges remain dotted around the Thames Estuary’s rivers and creeks, in use or otherwise.’ This is a quote from the history website of The Island Yacht Club, so it is perhaps of interest to recall what we know of the former relic. 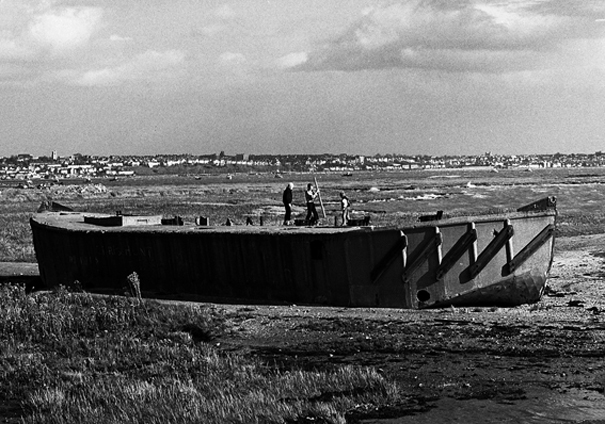 Holed and under attack

After the War the barge had been laid up with others at Holehaven Creek. It was bought for £11 (or £15) by the then newly formed Canvey Island Canoe Club with the intention of turning it into a floating clubhouse in the early 1950s. They started by ‘opening a hole in the deck and building a hatchway over it’.  A storm moved the barge closer to the sea wall, but the floods of 1953 pushed it away again.

George (G.E.) Chambers recalled the event vividly: ‘As I was secretary at the time I received a very strong letter from the appropriate authority telling us to remove it at once if not quicker. One night while we were still trying to work out how to achieve this, I woke up to the sound of rushing and looking out of the window of our bungalow I discovered that it seemed to be heading into about an 8 Knot tide. This was the ‘53 flood. While struggling to get the family onto the garage roof reasonably dry, I kept thinking: “The barge has knocked a hole in the wall. We will spend the rest of our lives and longer trying to pay damages.”

In actuality during that fateful night the barge had turned around and moved away again from the sea wall.

It was then ordered by the authorities to be sunk and club members hammered holes in its sides. When the club disbanded, the barge was sold by the then Secretary Victor Vandersteen for a nominal sum. It remained marooned there for over 50 years. 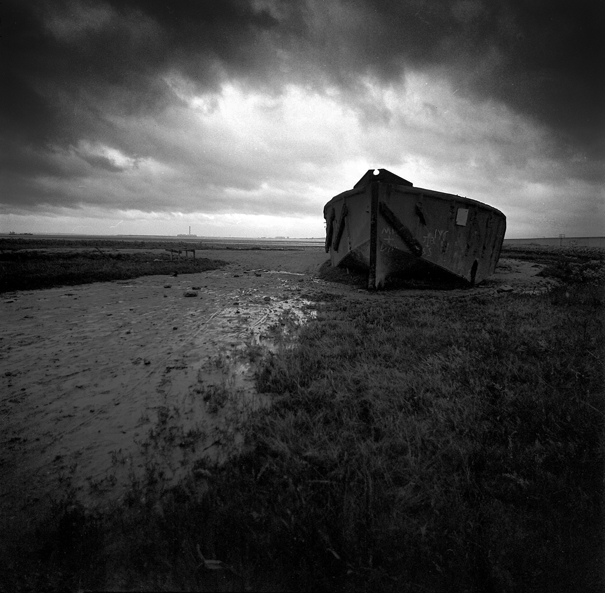 During a court action in 1980, when the Island Yacht Club’s title to the land at the Point was proven, the barge was acquired for £1. In 2005 it was ‘removed’, as it ‘had become dilapidated and was a danger to children using it as a playground’.

If subsequent memory contributions by Canvey folk are anything to go by, it ranks highly in childhood recollections of generations of Canvey children.

Keeping in mind the interest generated whenever the ‘Little Ships’ are mentioned or anniversaries organised, perhaps it might have been possible to make the barge safe and look on it as heritage, just as the former Degaussing Station has become a place of interest?

Concrete barges were not the most glamorous part of the war effort, but they played their part and there was only one on Canvey. It has been said that Hitler couldn’t destroy this one, it took a Yacht Club to do that. Then again, if some of the accusations I have heard of what lately went on in that barge are true, that would explain its condemnation and demise. 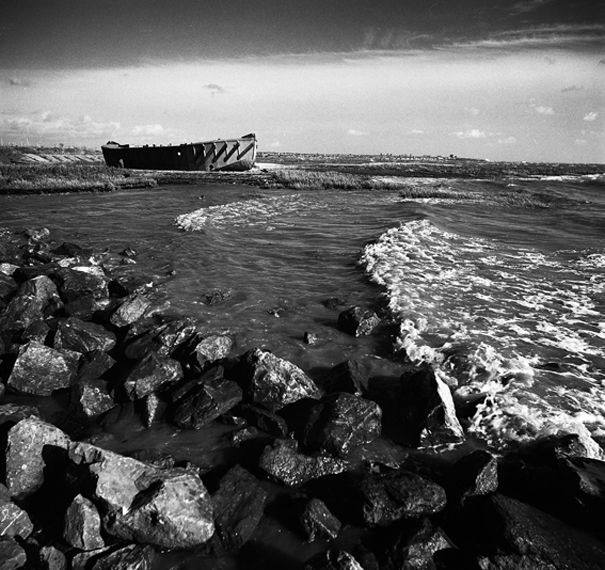