Some memories and photographs mostly from the 1950's until the early 60's. 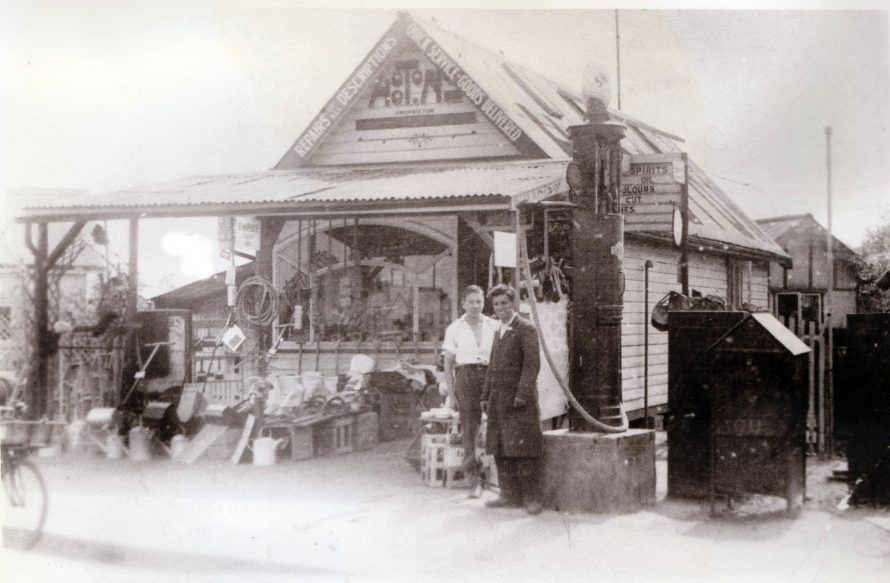 Like many Islanders, I have very fond memories of growing up on Canvey in the 1950’s.  I was born at my grandmother’s bungalow in May Avenue and then my parents, Harry and Doris Harvey, moved to Hooton Stores in about 1951. It was situated on a large wedge-shaped site between Marcos and San Remo Roads, both unmade at that time, and fronting onto the High Street.

The frontage of the shop was quite distinctive being high and painted white. From the style I should think it may have been added to the original store in the late 30’s. The plate glass windows at the front and the side windows gave an area for window displays and allowed a lot more light into the interior. Even with roof windows, the back of the shop was always rather gloomy. To one side were petrol pumps, one I think was an old hand-pumped type. On the other side was a  large yard with two shops giving onto San Remo Road. I remember the end one being a Draper’s at some time while there was a small Coal Office along from it. At the rear of the yard was a large covered area that had a big Westinghouse charger for charging batteries and accumulators. Many people still had radios that used accumulators. I played amongst large glass carboys filled with sulphuric acid. No Health and Safety Act to worry about! 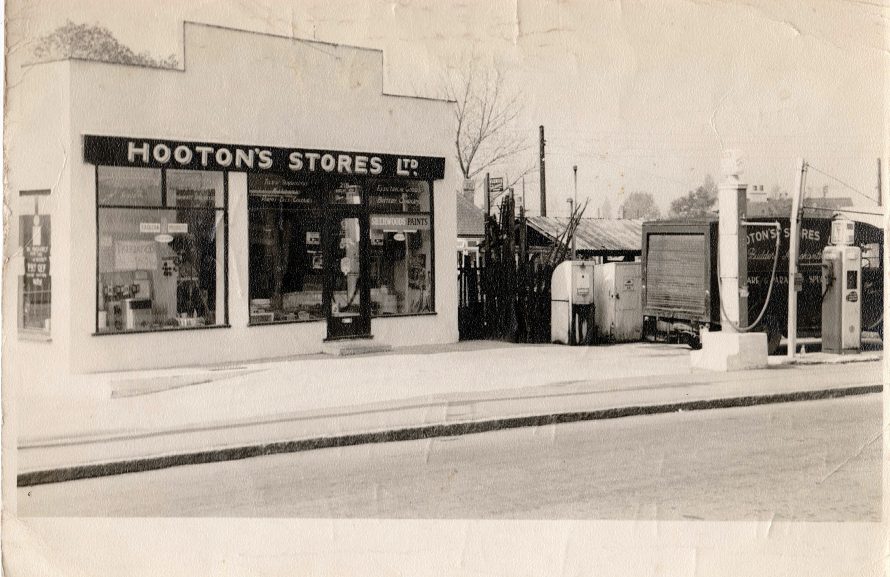 Attached to the back of the shop was our bungalow. Typical of many others on the Island, it had a wood frame with asbestos panels and the lower half wood clad. As we sold Aladdin Pink paraffin, the place was heated by various heaters and, owing to the lack of insulation, the walls would run with condensation. Not a very healthy environment, really. Of course, in Winter there was always ice to be scraped off the inside of the windows but nobody thought that was unusual. I suppose we were lucky that we at least had a proper flushing lavatory; it may have been outside in a lean-to annexe and freezing cold at times but not a hike to the bottom of the garden! No bathroom, though, until the late 50’s and no hot water in the kitchen. I enjoyed my childhood there, kids see things as the norm, but it was a different experience for my hard-working parents.

My first memory that I can reliably date is associated with our bungalow, looking out of the window in my parents’ bedroom at the floodwater in the yard on February 1st 1953. In the living room you could see the water through the lower glass panes of the French doors. I suppose the woodwork must have swollen up because it didn’t come inside. Both the shop and the bungalow were mounted on concrete blocks about a foot high which must have helped too. 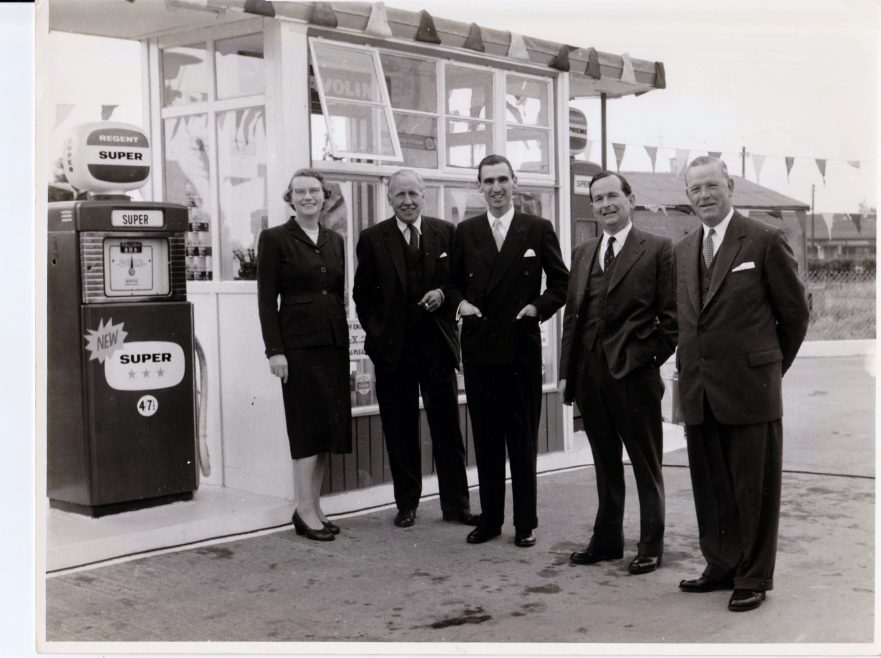 In 1959, the old pumps were taken down and the forecourt area enlarged extensively to cater for the new age of the car! Fascinating times but very noisy as the site was dug out for large petrol tanks, dumper trucks trundling about the site. Mick Sanders was the building contractor. The actual “official” opening was a year later in October 1960. Local dignitaries and people from the Regent Oil Company were there and photographs were taken by John Yowarth. (I think his studio was in the parade of shops at the end of Maurice Road. Part of it can be seen in the background of one of the photos.) About 1962, my parents sold the whole site to Regent and we moved round the corner to a “modern” brick-built bungalow. Much warmer and nicer in so many ways but cramped after the space I’d been used to. When the area was re-developed and all the old buildings pulled down dad and I couldn’t bear to watch it happen.

The photographs show the general area at that time. Some are just family snaps but are included for what they show in the background – old shops and building work going on. 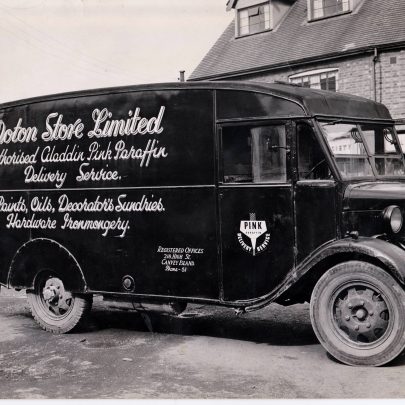 Delivery lorry with the Co-op grocery store in the background, 1957. 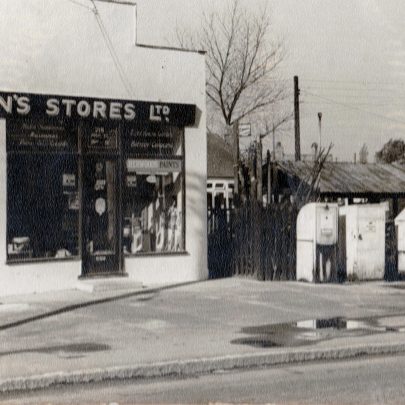 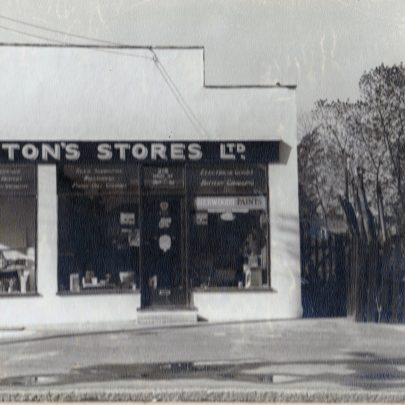 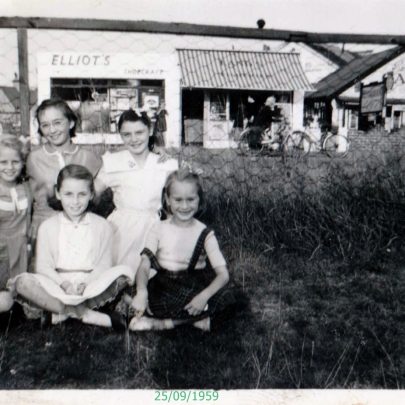 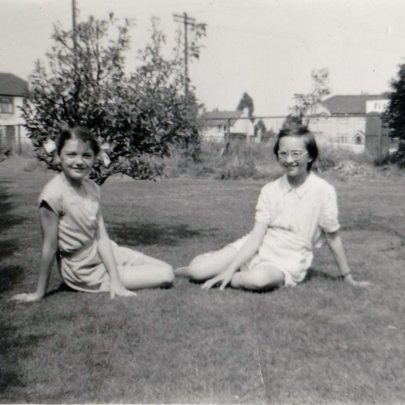 Vanderwalt Avenue in the background. The white house in the middle where the Muggleton family lived was at the far end with a dyke behind it. 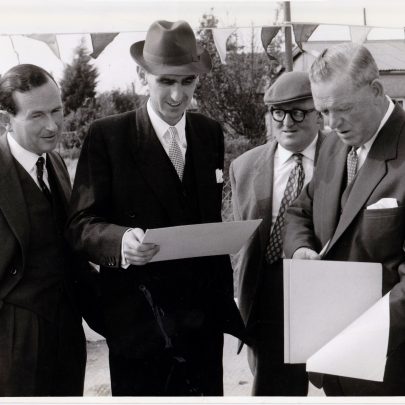 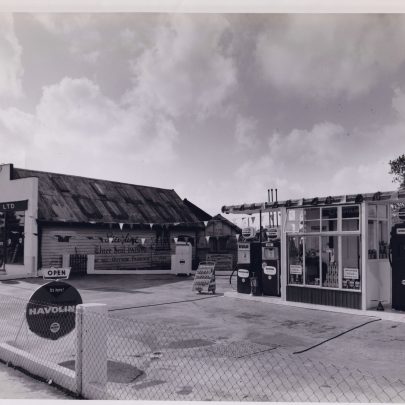 New forecourt looking towards the shop 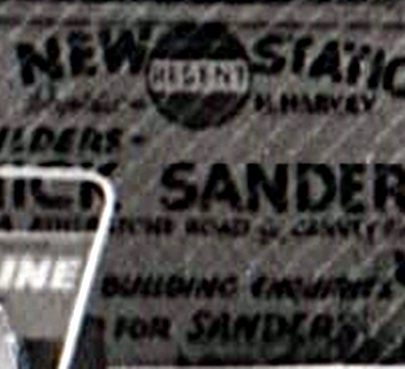 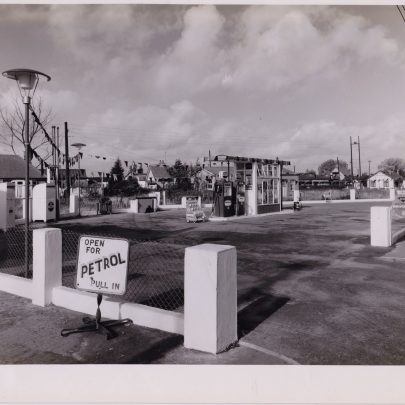 Forecourtlooking towards Maurice Road and the siren 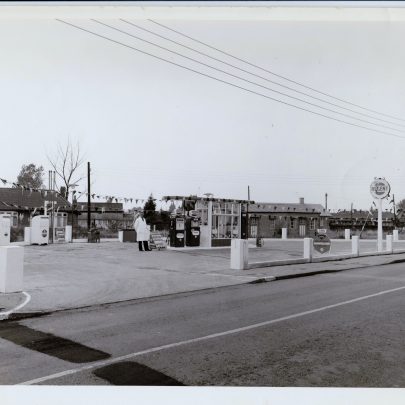 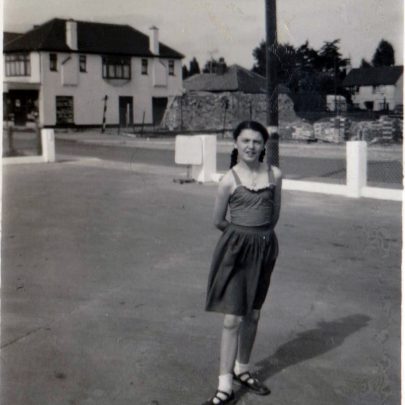 Dee on the forecourt 1960 with Vanderwalt Avenue in the backgroung and start of building work of new flats&shops. 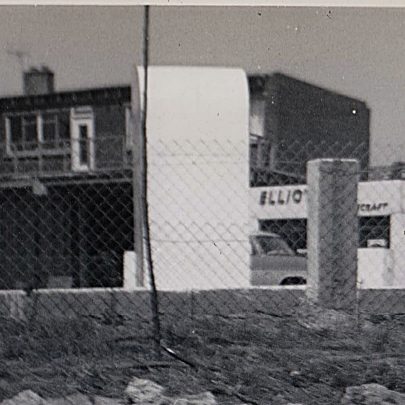