Ray Warren writes: My wife and I live in Perth, Western Australia now, but I grew up in Tottenham, North London. I was a member of a small local sailing club that was based on the River Lea at Stonebridge Lock, and during 1963/64, several of us spent many enjoyable weekends camping on Canvey Island, racing and general sailing at the Chapman Sands Sailing Club. 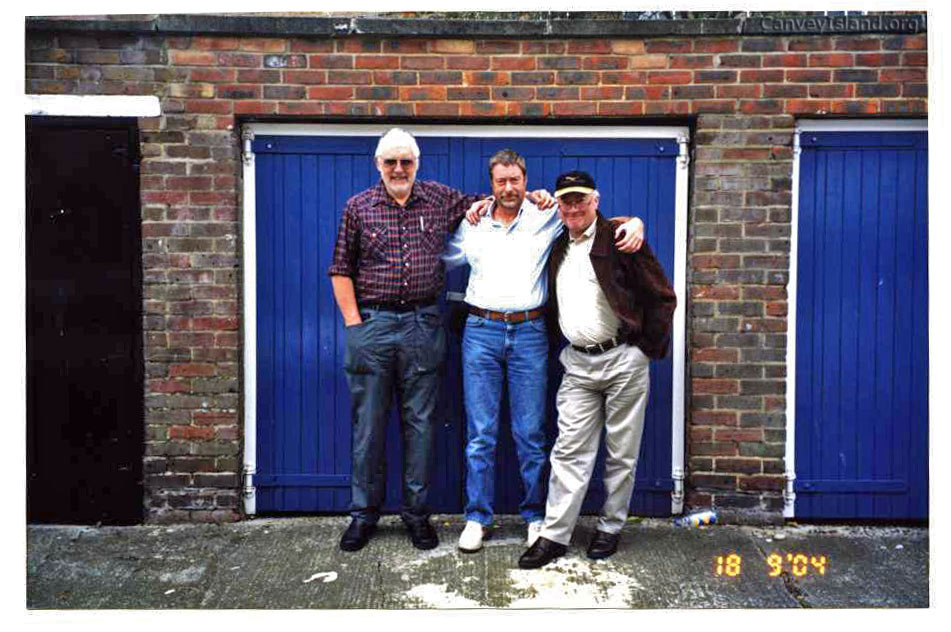 It was really a flourishing, successful and well maintained club during those times with rows of Shearwater and Swift Catamarans in the compound, not the closed up, sad and almost derelict looking ‘apology’ for a club that I saw during a visit in early September 2004!! The ‘Dynamic Trio’ (photo right) has me on its right and was taken in Sept ’04 during my trip back. We were three mates – who are still in touch with one another – and were all Norton motorcyclists belonging to a m/c club in Hornsey, North London back in the ’60’s/’70’s. The garage behind us was Chris’s, (the one in the middle) Dads, and if its oil stained concrete floor could speak, then there would be countless stories of cold tea and greasy sandwiches, all night oil changes, decokes and other major ‘bike rebuilds. 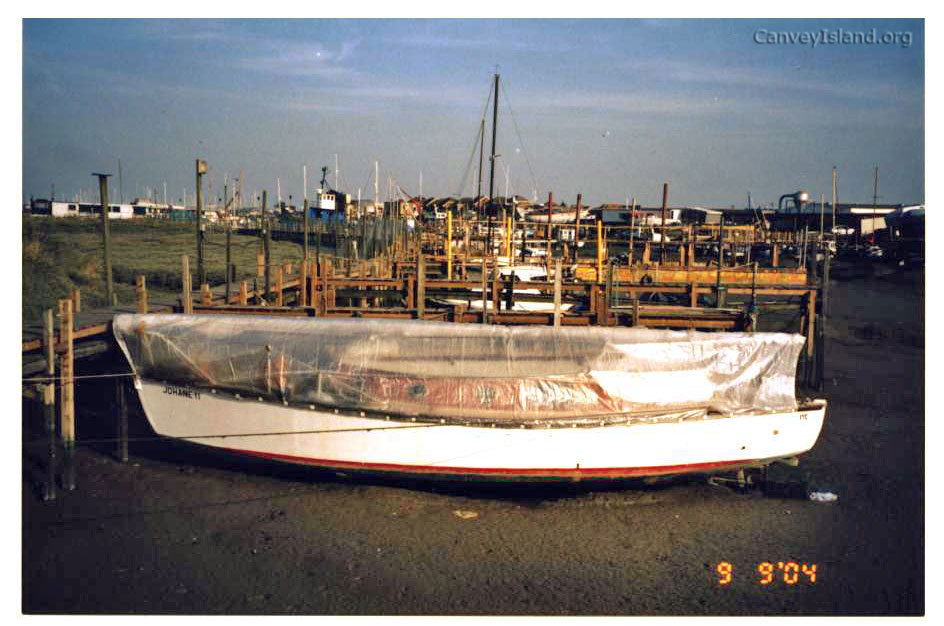 An older Lea Valley club member had built a 30 foot sailing cruiser (see photo left) that he moored in Small Gains Creek, just off of the tiny rickety jetty that stood where the I.Y.C. has its new club house, walkways and moorings.

I well remember, with two or three friends walking along the sea wall and looking down on the ‘Concrete’ Barge (see photo below) and wondering how it had ended up there, as it was obviously one of the many that were built along the lower Thames banks for ‘Mulberry’ / breakwater use at Normandy. There was a story doing the rounds at that time, that during the floods of ’53, the barge was afloat and hammering against – threatening to breach – the sea wall, and that (?one of) the Prout brothers went on board and smashing a couple of holes through the concrete to sink it. Do you know if their is any truth in the story? 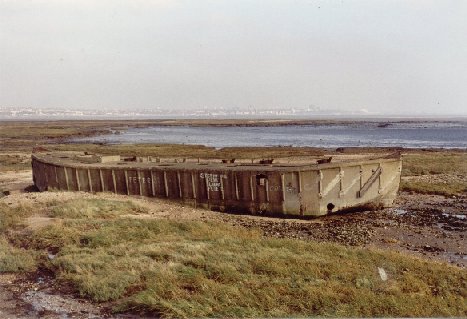 [The Concrete Barge was indeed holed in 1953 to prevent the possibility of it hitting the Sea wall during the storm. I believe it was built to carry fuel on D-Day but the PLUTO system was used instead. More information can be found on www.ConcreteBarge.co.uk – D.Bullock]

The guy that built the boat is still going strong, now in his early nineties, and still owns it,  ‘Johane II’ must be fourty five years old now and is still moored in the creek, but further up now, with Row still spending a lot of time on the island!!

I remember one of his wartime stories: He was based on Canvey at that time on coastal artillery defence duties, and manning one of the estuary side gun positions. A sailing barge skipper decided to ‘drop the hook’ opposite his battery and managed to foul/nearly foul an undersea cable. Finally a warning shot was fired, which only served to enrage the barge skipper, [those men were a race apart!!]. 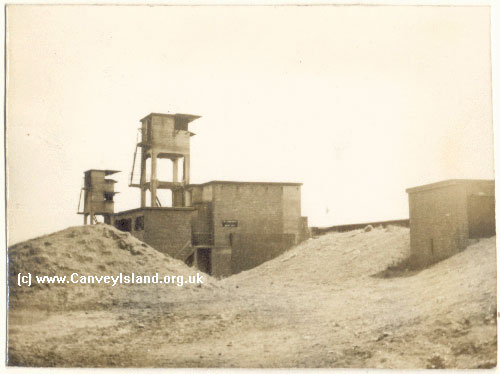 He manouvered free from whatever the obstruction was, came ploughing in and rammed the bow up on to the beach sand, literally under the gun barrels where he expressed his general displeasure with everything and to everybody – and what the army in particular could do about it – at great volume!! I seem to remember Row showing us where the battery had been, and there were still some parts of it in existence then; bases, ammunition hoists and gun pits etc, but not now.

I quite clearly remember the small ship breaking and burning of the remains on Canvey Point, which would have been back in 1962/3 ish. Cannot remember who the guys were, I reckon that it was just a convenient out of the way spot and ‘cheap’ – like free – to use.   One boat in particular that was broken there, an ex A.S.R. launch that I remember being told had been in use as a Sea Scouts/Sea Cadets H.Q., but just where I do not know. 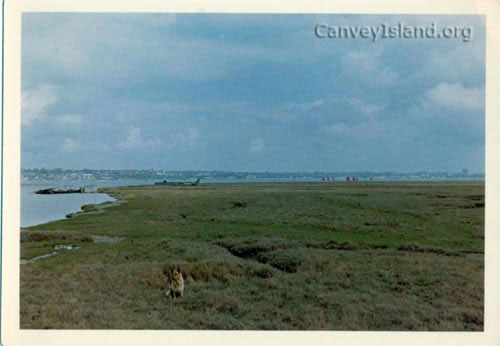 Canvey Point in the 1960’s with wreckage

I remember clambering over it a few times, no engines etc, but still plenty of both original and later signage as to uses of different cabins and areas, and I still clearly remember one particular engine room sign: “Scuttles to be closed when main engines running“. There were plenty of signs of repaired damage to the hull – you could see where rot had taken hold in several places, maybe why it was scrapped – and just how thin the ‘double diagonal’ construction hull was, (with seemingly, a layer of what looked like brown ‘lino’ between the two layers). Breaking these for the scrap must have been very common back then as I also remember us sailing across to ‘Egypt Bay’ on the Kent side and the signs of another ‘burn out’ over there. There were various metal frames and fixtures laying about on the sand, but it was the sight of a couple of very large copper or brass fuel tanks with split and blown open seams, still laying in a part of the burnt out hull that has stuck in my mind.

I’ve many happy memories of the times that I spent on Canvey, Best Wishes,