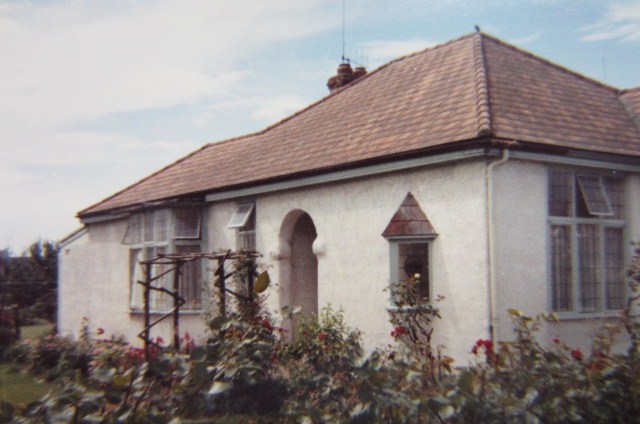 Our bungalow at 15 Marine Approach

Hi, my name is Chris Willis, and I lived on Canvey Island during the 1950’s at 15 Marine Approach. My parents were Fred and Joy Willis and I had a younger brother, Stephen. We had a lovely chowchow called Sheba. Having discovered this amazing site, it’s fascinating to see how much some folks remember from so long ago. Unfortunately, I wasn’t blessed with a good memory and my recollections are a bit hazy…

One of my earliest memories is of the great flood when I was nearly six years old. I can recall a lot of noise from people banging on the front door in the early hours of the morning. Looking out of the dining room window, all I could see was this expanse of water and it occurred to me that this would be a great opportunity for floating my toy boat! The next thing I remember was being scooped up by a big fellow and carried out to an amphibious vehicle which was out in the road. We were taken off the island to some reception centre where I remember them giving out blankets and soft toys for the kiddies. It was many weeks before my family returned to the bungalow and it was many months before everything had dried out and life got back to normal. Nothing grew in the garden for a long time afterwards.

Trying to remember neighbours who lived around. There was Michael Baldwin who lived next door at number 17 with his parents and their dog Chuffy. Michael was a bit older than I was and we sometimes played together. He once let me ride on his (Lambretta?) scooter in the back garden and I also remember him having a model of a circus tent, and proudly showing me the performers inside including a trapeze artist. Michael, if you get to read this sometime, it would be great to hear from you…

Next door to the Baldwins lived the Adams family; their son Kenny Adams was in the same class as my brother Steve. In the bungalow on the other side of us at number 13 lived an Italian lady, Mrs Elenor. Next door to them lived Mr and Mrs Mac (don’t know what Mac was short for). On the other side of the road opposite us lived Mr and Mrs Hutley, and next to them lived the Blackwell family. I remember they had a handicapped daughter called Joan.

There was a little girl who would sometimes come and play in our garden. She’s in the photo on the right. I think her name might have been Elizabeth and she and her family lived in Howard Place. Does anyone remember her?

At the end of our garden, there was a field with a ditch running around it. Looked quite big, and was good for bonfires on Guy Fawkes night. Several properties backed onto that field and one belonged to a Mr and Mrs Russell with their four children. Their house was at the end of the cul-de-sac of Howard Place.

I went to the Long Road Primary School and took the bus there from The Haystack. I can rememer some of my classmates from those early years. There was Jaqueline Broxell, Linda Clarke, Roger Thomas, Linda Beale, Peter Prince… I can remember poor Peter Prince being regularly forced to eat his rice pudding in the canteen whilst a teacher stood over him! Then there were the teachers and again, I can remember a few. There was Miss Ixer, Mrs Dongeville, Mr Evans, the headmaster, and then of course there was the famous Miss Gosling who many on here recall as being rather fearsome! I’m not sure if I have all those names correctly spelled…

A couple of other names from those days of friends I remember. There was Alan Ware who was in the ATC. He had an attractive dark-haired sister I recall. Also, John Corboy and his sister Mary.

Later on, I left the school and went to the Rayleigh Sweyne Grammar school. On the school bus there, I remember often sitting next to Colin Letchford and Derek Husthwaite. I see Colin is quite a big contributor on here.

I remember one or two of the commercial establishments along Furtherwick Road towards the Haystack. There was Tremaine’s the newsagents and then I think there was Chamber’s the grocers, then the Odeon cinema. After that on the same side of the road, I can recall a bakers shop and right next door an Electrical retailer called Ullmans. Jones Stores was on the opposite side on a corner.

Eventually, my father’s firm was transferred to Geneva and in 1962 we left the island.

Well, that’s it for the moment. I hope somebody on here might remember me and it would be great to hear from them. My email is: silvaplana@hotmail.co.uk 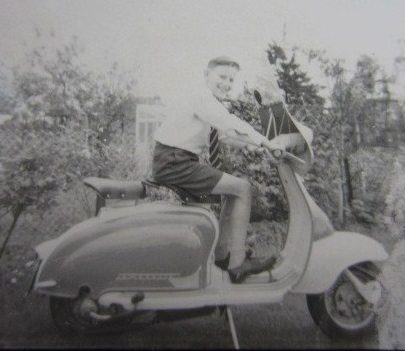 Me on Michael Baldwin's scooter in his back garden.
Chris Willis 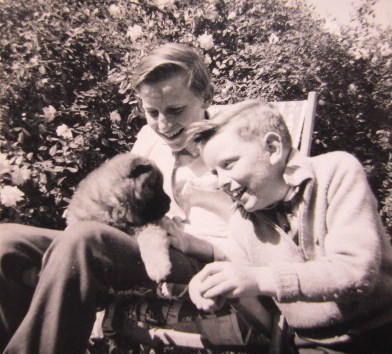 Me, my brother Steve and Sheba the chowchow...
Chris Willis 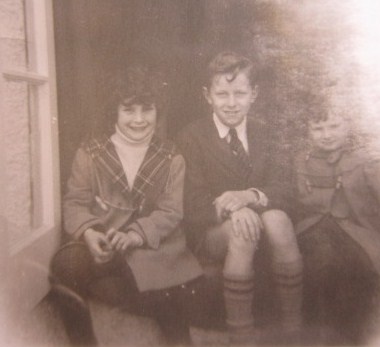 Who is the pretty girl on my right?
Chris Willis 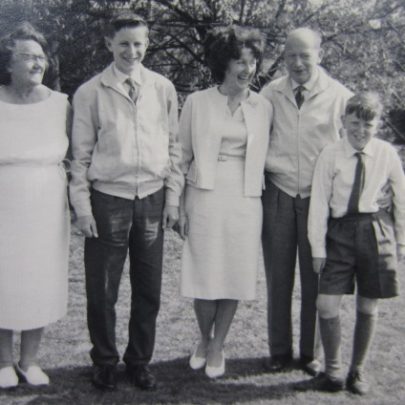 Me, my nan, mum and dad, and brother Steve in the garden in 1962 just before we left the island.
Chris Willis