My Early Memories of Canvey 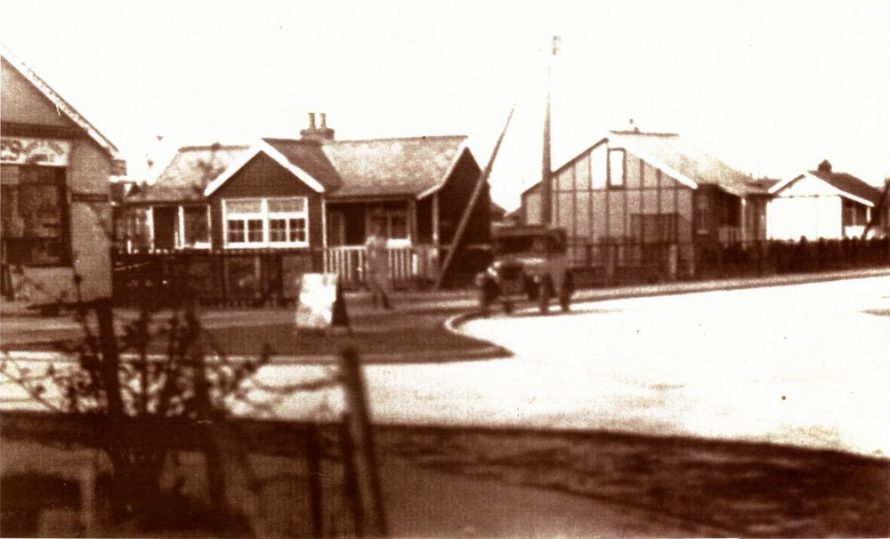 I grew up initially at “Monawa” my Grandparents home in Maurice Road and later my family lived at “Inanda” also in Maurice Road. Whilst living there, I met my two life-long friends – Brian Staines, whose parents owned the shop “Steve Stores” which was on the double bend in Maurice Road, and Kenny Bassett.

At the top of Maurice Road was “The Clock House” run by a woman named Ruth and next door was “Swayne Lodge” where Bill Johnson the builder lived. Further along there was a small shop run by a disabled man named Mr. Eames. Next to it was a fish shop run by a father and son, and across the road was “Hooton Stores” owned and run by Mrs. Hall, mother of Rodney Hall the local entrepreneur, which sold everything from candles to paraffin and you could charge your accumulator batteries for your radio here. Outside the shop were two petrol pumps, which had to be turned with a handle to pump fuel into your car, the garage part being run by Jock Hendry.

On the corner of Maurice Road stood a huge metal bin, which was the community rubbish bin, which was collected and emptied by a Canvey character named Arthur Reed, on a green cart pulled by a huge white horse.

Nearby, there was a concrete path which led to a parade of shops which resembled a setting for a Western film. Mr. Selby had one of these shops which was a hairdressers. At the top of the path, Mr. Tremain had a sweet shop and I can remember having to have coupons to get any sweets.  This shop was later managed by a gentleman named Riodene who had four sons. The youngest, Colin, unfortunately was killed by a concrete pipe. 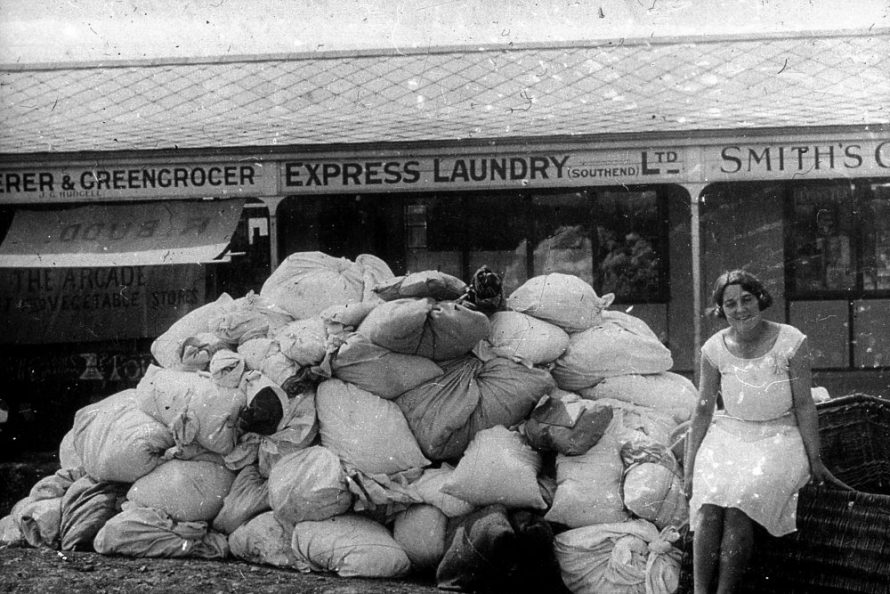 Next to the Sweet Shop was my Grandparents’ Greengrocers and next to them was Green Stores. Across the Road was The Clock House, selling all kinds of fancy goods and next to this was The Express Laundry run by The Byron family, the laundry being collected and delivered by pony and trap.

Back across the road to the right side of Green Stores was a haberdashery run by a lady called Miss Albut and next door to her was Atwells The Butchers. Further along towards the corner was The Canvey Club, and opposite was a Tudor building which was Williams The Estate Agents. Next to this was The Corner Club, which I remember going into when it was a Soup Kitchen during The War. Behind these buildings was a small boy’s Heaven, where we used to play cowboys and make camps all day long. There was a huge Essex Barn in front of which stood a long building which was Prouts the canoe and dinghy makers, who went on to make the World famous Catamarans. Running alongside this building were old stables in which Bobby Rook made all kinds of oars.

Continuing round the corner on the left, was another Club and next to that was Canvey’s first Cinema run by a gentleman called Mr. Pettit. The building later became Dudley’s Machinists. Mr Pettit also had a mobile cinema called “Pettit’s Popular Pictures.” 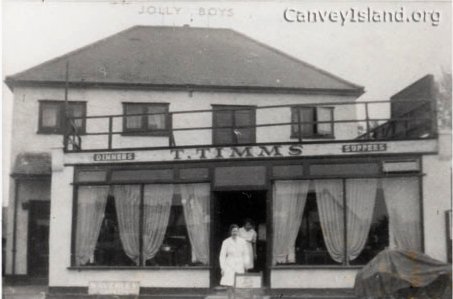 Further along was the Jolly Boys Café, run by a little crippled man affectionately called Tiny Tim. Across the Road was Green Glades, which had a long corrugated building. Here, my Father belonged to a group called The Creaksea Boys, who used to wear striped blazers and straw boaters.

Moving on, was Smith’s Garage, then Holmes Bros’ Ironmongers Store. Next to them was The Cosy Café and moving along, was Picketts’ Bike Shop, then Chambers Dairy at the junction of High Street and Chamberlain Avenue. On the Adjacent corner here, was Miss Sartin’s Shop. She was lovely lady who sold clothing etc. and directly opposite her was my Uncle Bill’s Shop – Bishop’s Greengrocers. Next door was Eastons The Printers and Post Office, then The Estuary Store selling groceries. 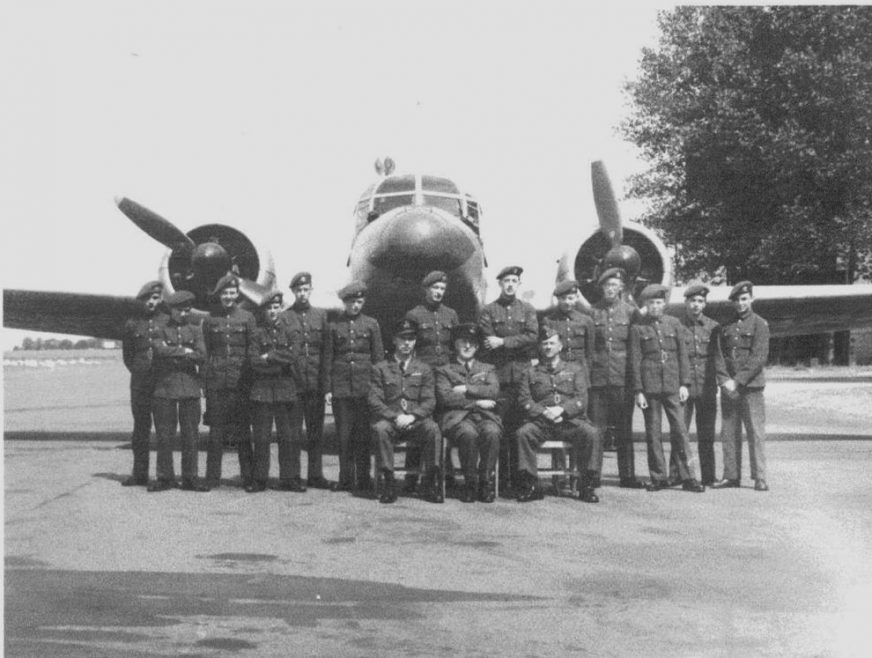