My holidays on Canvey Island 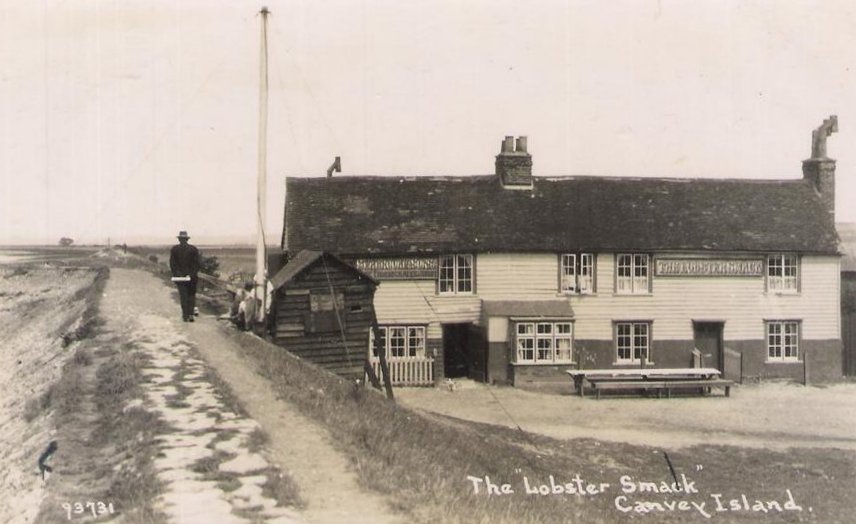 From July 1945 when I visited Canvey Island for the first time, I spent many happy school holidays staying with my Aunt Ann and Uncle Harry (Curzon) at their bungalow in Baardwyck Avenue. I well remember spending my pennies on the slot machines in the Casino on the sea front and going on the ‘Ghost Train’ there. I also recall winning my Mum a set of saucepans and a plaster Alsatian dog on the ‘Horse Race’ machine. I also remember walking back to my Aunt and Uncle’s place along unlit roads, hoping I wouldn’t fall in the ditches that lined the darkened roadway. I used to go for long walks along the seawall with my cousin when we would muck about on the abandoned wartime motor torpedo boats moored alongside the wall near the Lobster Smack pub.

All of this wonderful childhood fun came to an end when the Great Flood of 1953 inundated the island and my Aunt and Uncle, along with countless other residents, were forced out of their home by the rising waters. Fortunately, they, and their cat, Billy, were rescued by boat before the water level rose too high and ferried to safety. However their bungalow was badly damaged by the floodwaters and although they did return to it some time later, they only lived there for a few more years before selling up and moving into a caravan on a site near the sea front where they remained for the rest of their lives. 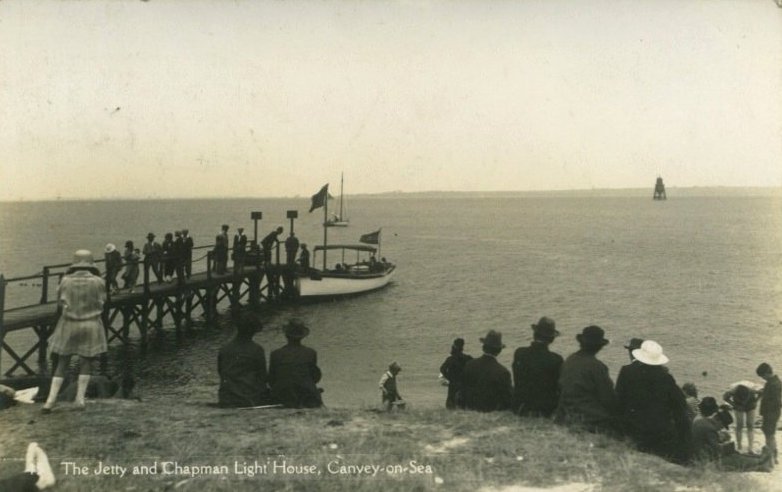 Boat trips to the Chapman Lighthouse

I vividly remember returning to the island in 1954 and seeing dead trees everywhere (caused by the salt from the sea water that had invaded the streets). For a while, it was a very forlorn place but then it slowly began to recover and was soon back to normal. Another thing that sticks in my mind was my Aunt (who took snuff) sending me along to TREMAYNES – a newsagent and tobacconist shop – to fetch her six pennyworth of Wilsons (snuff powder) which was dispensed in a cone-shaped paper twist. I also collected fresh, warm bread from a local baker shop each morning. As a treat for running these ‘messages’ as she called them, I was taken on a boat around the Chapman Lighthouse that used to operate from the beach. I remember being terrified by the trip out there and seeing this iron structure looming up out of the sea, yet I did it again and again during the summer months.

I remember fossicking for cockles in the mud when the tide went out. In fact, I think Canvey was once referred to as ‘cockle bashing island’ by those who flocked there during the summer from town. Happy memories that stay in my mind still, some 50-plus years later.