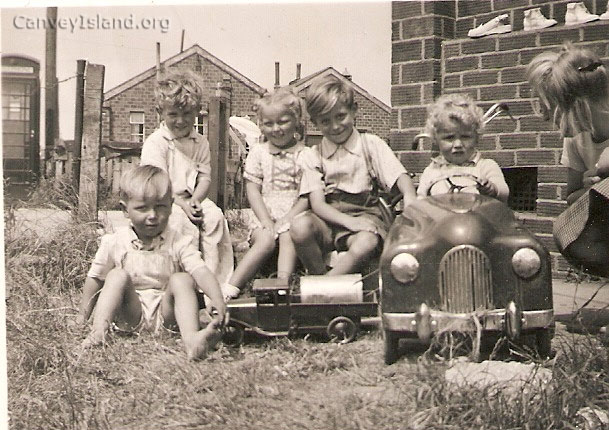 “This Photo was taken at Northwick camp, I think about 1950”

The picture with the pedal car is the old army camp down Northwick lane. There were workshops there last time I looked but the one my family lived in was gone. My Mother lived down there (I’m sure Iris and George White lived there also) just after the war until I believe the council houses were built in Cedar Rd, where they all later moved.

The boy in the car is my brother Graham Gibbs who sadly passed away in 2000. I don’t know who the other children are besides my other two brothers. My Mothers name was Sylvia Garside Gibbs and she passed away in 1999. She lived there with my Dad Bob Gibbs. The second photo was taken at the creek, I would think somewhere near Northwick Camp. 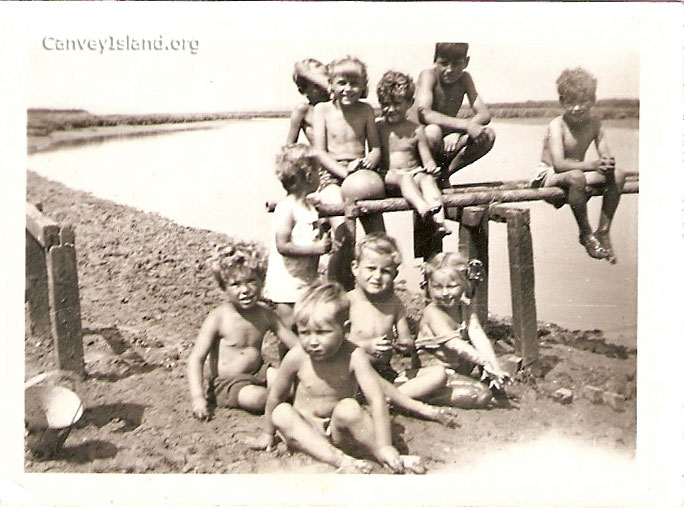 This, I’m sure is either the same week or day as the second fancy dress photo. Mum is in the plaid skirt holding my brother Grahams hand, who appears to have won first prize although he doesn’t look too pleased about it! She’s holding my sister who was born 1952, she looks just a bit older than a year to me, so I’m pretty sure it’s 1953. You can see a swing in the background, not that if that helps much. 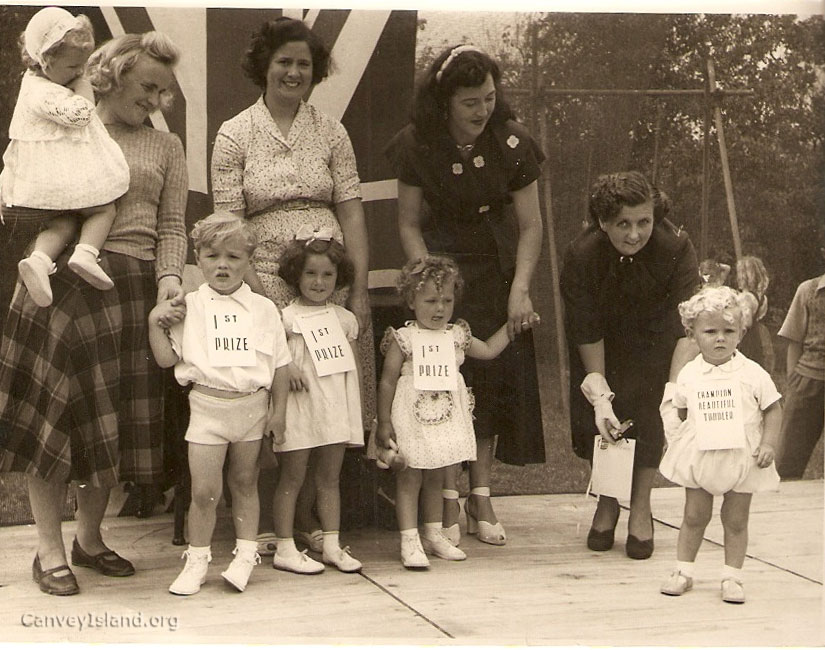 I am pretty sure this was Coronation day Fancy dress competition. Now the pretty lady with the lovely white shoes on and the head band, holding the hand of little girl with the beautiful corkscrew hair is, or maybe was, Ivy Edwards and the little girl is called Sharon. They used to live up by Tewks Creek and I think maybe they lived at the camp together but I’m really not sure. 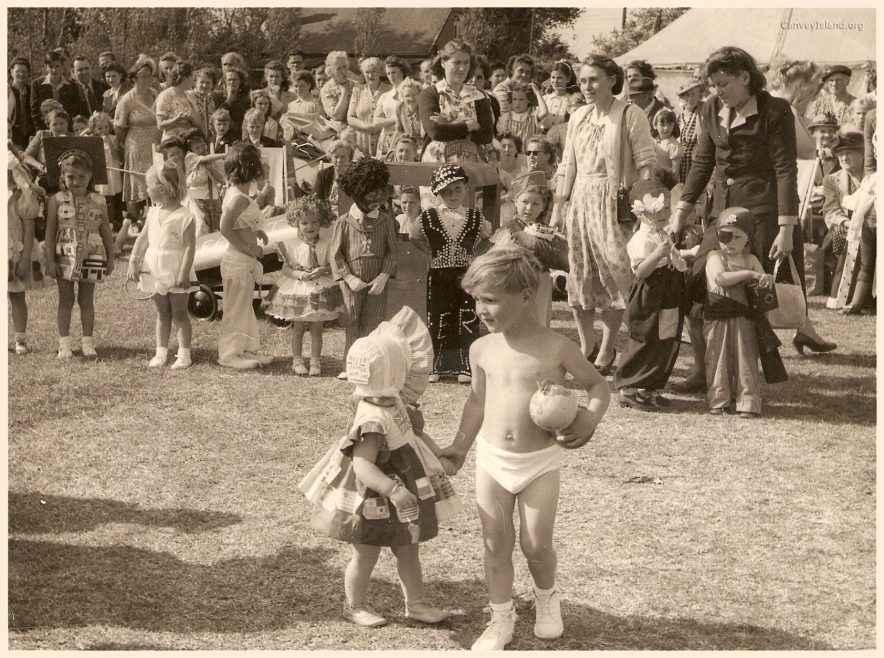 The fancy dress competition was I think to do with the coronation or carnival and was an Island event. This is my brother Graham again, posing as Charles Atlas. I would think that would have been 1953 summer before the flood. I have another picture simular, I will send it to you. Sorry I dont know where abouts it was taken but definately the Island. Maybe the Paddocks??

I should think theres a few people in the picture who are still about they might be able to add some info if they recognise themselves. I’m so, so sorry I can’t be more helpful.

But!!!!! the picture of a barn on www.CanveyIsland.org.uk site that looks awfully like the one that was at the bottom of Northwick Lane at Mr Lazels farm (which was just behind the camp) could it possibly be? We used to go picnicking and blackberrying down there years ago. 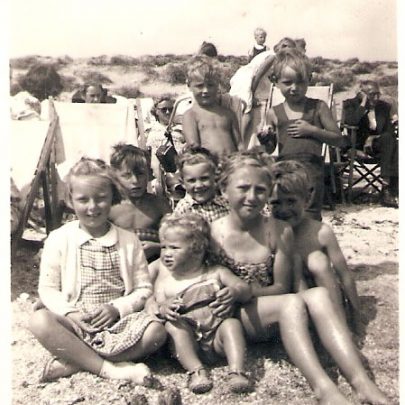 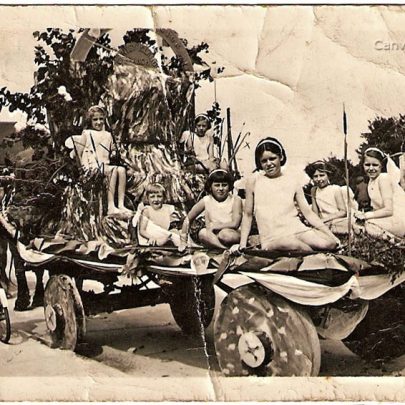 "You already have this on your site but this one shows The Red Cow Pub. Sorry It's a bit creased"
Rosalynd Green