Back in the late 1970’s I was working in London at my trade as a carpenter, working on office buildings. As I was living on Canvey at that time I decided to find local work. A friend was working on the building of the new Canvey seawall and mentioned the National River Authority were looking for a carpenter to construct a mould for concrete precast stairs for down the seawall. I applied for the job, got it and made the moulds for the stairs. They are the other side of the disabled parking area. It was then my job to construct the stairs and ramps from the top of the seawall to the road and seawall path.

The 30cm drill and box

One day I was working on a set of stairs when I couldn’t find my concrete drill for drilling holes in the wall face. I stood there scratching my head for a while looking round for it when I realised I had left it in the bottom shuttered box – you guessed- it was covered in concrete. Nothing left to do but go off to buy a new one. The new drill came in a thick cardboard box tube about 30cm (approx 18inches). Having two young daughters Wendy and Maria, I thought it would be a great idea for them to take the tube to their school, St Joseph’s in Vaagen Road, get their school friends to put their names and odd bits and pieces inside. I then placed the tube in the box as a sort of a ‘time capsule’ and the box was covered in concrete. 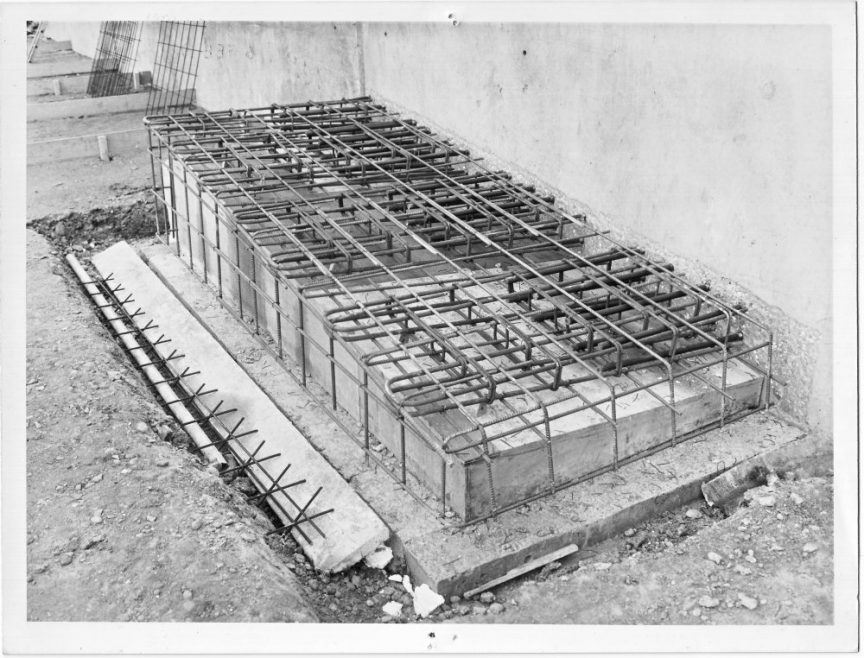 I’ve asked my daughters many years later if they can remember what was contained in the tube but unfortunately they cannot remember, but perhaps one day their grandchildren may find out – who knows?