The spotlight from a starring role in a sixties iconic TV advert for a chocolate bar has never left one Canvey resident. 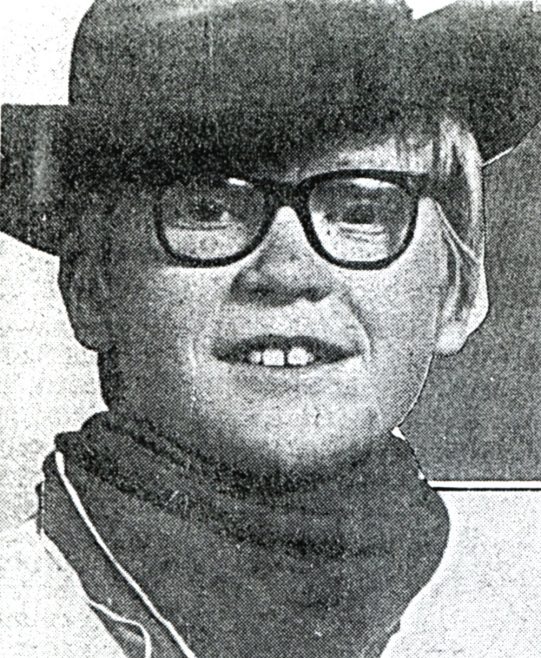 Milky as the Milky Bar Kid in the 60s

It is easy to tell from the personalised ‘Milky’ number plate that adorns Steve Harris’ car that he has no regrets that his spell as a Milky Bar Kid is well remembered on Canvey Island.

Television advertisements for Nestle’s white chocolate bar, the Milky Bar, were launched in 1961 and featured a bespectacled child as the junior hero dressed in a cowboy outfit with the punch line of ‘The Milky Bars are on me’.  Born in the mid ‘fifties, Steve Harris was actually the second lad to play the ‘the Kid’.   Living in the Village area and going to Long Road school, his friends and family couldn’t help but comment upon his similar appearance to the pistol packing child of the TV adverts and yet, as is often the way with such things, it was a chance meeting that brought him in front of the camera.

As Steve, or perhaps we should stick with ‘Milky’, recalls, “What happened was that a cousin of mine was getting married in ’65 when I was about eight or nine years old.  Unbeknown to me, at the wedding reception was the sister of the original Milky Bar Kid.  Her brother was five or six years older than me and so he was too old to continue playing the part.  She must have spotted me and I can only assume she got in touch with the relevant people in London.  Somehow they found out where I lived and they contacted my parents to see if they wanted to bring me up to London for an audition.  Obviously they did but it wasn’t an easy thing getting from Canvey to London in those days. 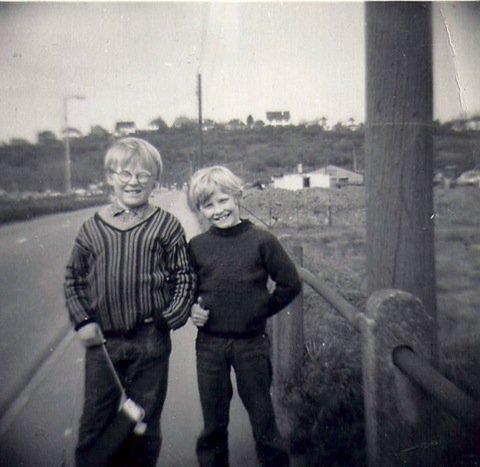 Milky and his brother Trace

“Anyhow, I recall being taken off by someone to join a dozen or so other lads of a similar age.  We got dressed up and ran through things, lines such as ‘I’m the Milky Bar Kid….’ and sometime after that my parents were contacted to see if they were happy to take things forward. So, I played the part for a couple of years or so.”

Naturally, children from his Long Road and then Furtherwick Park schools knew that he was appearing in the adverts and the nickname Milky started to be used.  It has stuck ever since even though his career on the small screen was destined to prove relatively short lived.

“Basically it fizzled out.  As I got older people asked me why I didn’t take it any further but I used to say to them that I was only a boy and I didn’t have any control over what was going on.   More and more lads played the Milky Bar Kid.  I remember in 1986, I was thirty then, there was a 25 year reunion that I attended.  There was the original guy, myself and four or five others who were obviously progressively younger, gathered around a big cake with the dates.” 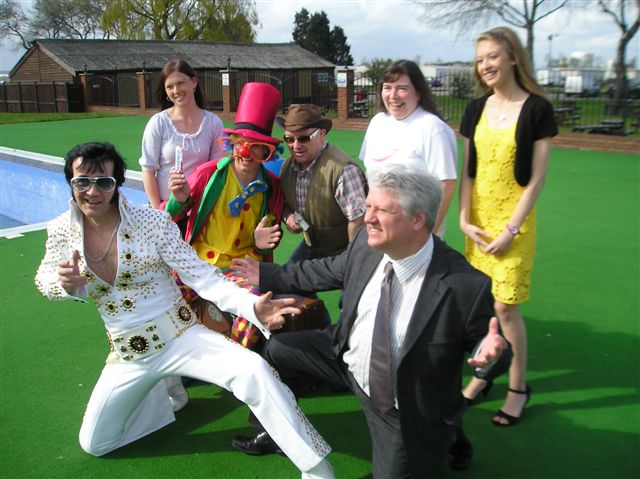 As a typical rowdy teenager and then young man in his twenties, the nickname stuck despite Milky’s less than angelic activities on the football field where he was evidently a bit of a tough player in a tackle. In the men’s team he even received a special ‘hard man’ trophy after the ’74-75 season as reward for his prowess on the field. “I was a short, aggressive, chunky footballer but the Milky thing was part of the image.”

“Everyone was aware of the name and I loved it.  I still do as you can tell by the number plate some 45 years on.  I suppose it did open doors for me in Canvey circles.”

Those ‘circles’ have  certainly gone beyond the constraints of the Island today but they have precious little to do with chocolate bars.  Milky has to be one of Canvey’s most extensive travellers. A globe smothered with black dots and numerous photographs record his travels around the world from Alaska to Antarctica. In the last ten years has has travelled to some 135 countries and he hasn’t stopped yet.

Tragically it was the death of one of his two daughters, Raine, in a 1987 road accident just a few yards away from where he was standing that later provided the catalyst for his travelling.  The loss of a child is clearly a catastrophe that scars any parent beyond description but once his other daughter, Brooke, had grown up, travelling has become therapeutic.

Remarried to Violy, who he met on a cruise, and with three step children he is still undertaking five or six trips a year, each one taking in several destinations.  “I love walking around places, seeing new things, meeting people and whilst it has its difficult moments, I was nearly mugged in Africa, I believe I have turned my life around in a very positive way. I want to do and see as much as I can.  That’s my thing. I can’t stop, there is always somewhere else to go. I book cheap accommodation on line,  take cheap flights and I travel light.”   Indeed, the small backpack sitting on the table is packed and ready to go on the next adventure.

Milky’s younger brother went travelling first, including trips to Isreal and Australia.  It was reading Trace’s extensive diary of his times abroad that gave some impetus to Milky’s later ‘travel bug’.

(Many thanks to Milky’s brother Trace for supplying us with some of the photo’s.) 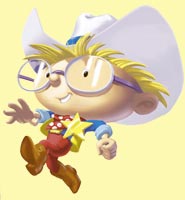 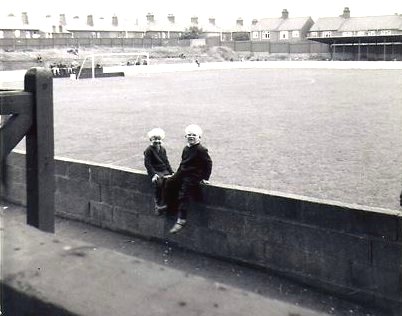 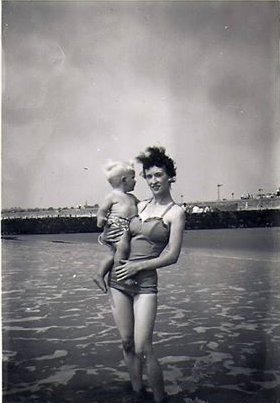 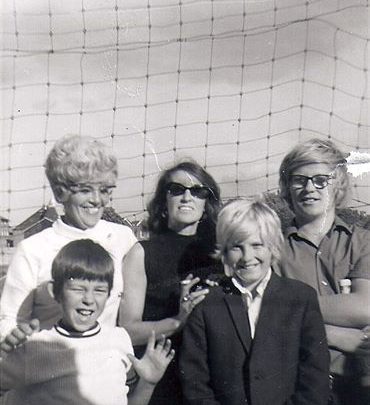 Milky back right and his brother Trace in front
Trace Harris 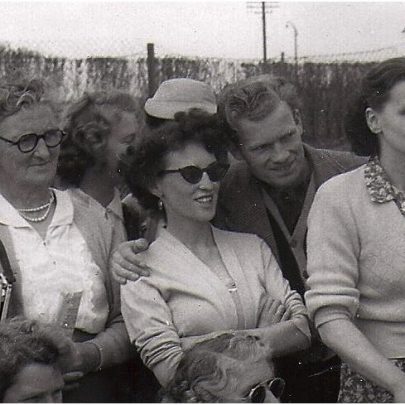 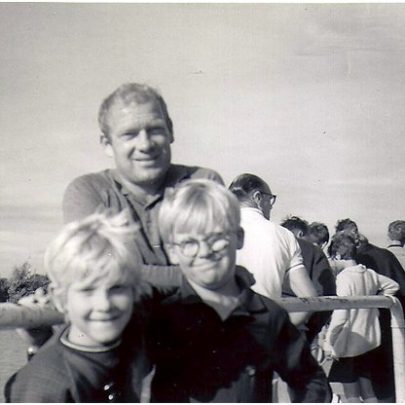 Milky and Trace with their Dad
Trace Harris