Summers on Canvey in the 50s

Tad Opyrchal has sent in some great photos and memories of his visits to Canvey Island in the 1950s.

Tad says: I spent many summers in Canvey during my childhood in the 50’s. Apart from the regular trips to Thorney bay during the summer to the former army camp which is now a holiday park, sometimes I went to a farm or smallholding which was located, I believe, on the east of the island. 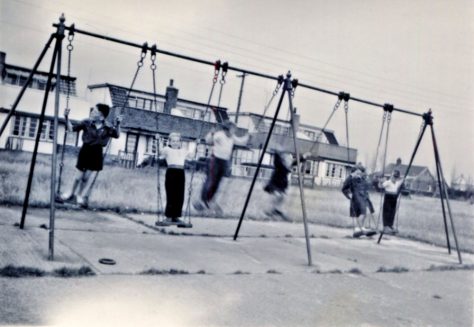 The archive believes this is the playground nr the football club

My parents were Polish and this place was a way to get a holiday for their children. The Polish church in London organised it as a holiday place. All I can remember is that it was a large house with a verandah, made of wood, with a field attached.

Looking at a map of Canvey Island, I think that this was located somewhere around “Point Road” to the east, however I was just a nipper at the time. Across the road from this property there as an estate with a grass square and small playground and past that the road led to the sea wall. The other thing that might jog some ones memory is that on the farm there was a flagpole and it used to fly a Polish flag when we were there. Many children!

I wonder if anyone remembers the place or has any photographs. I imagine that it has disappeared under a wave of new developments.

The trip to Canvey was an adventure. I remember all the children poking their heads out of the (steam) train as it approached Benfleet, some of them waving buckets and spades. If the train had to stop on the final curve there was a whoop of delight from all the children as the train started to puff its way to the station. There was a level crossing and the station was spotless with flowers and shiny paintwork. I’ve been past there since of course, by car, all the joy has disappeared.

Tad has also sent us in these great photos: 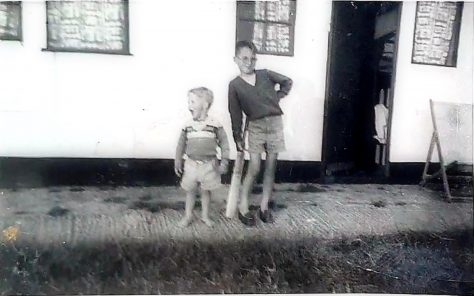 They are all from Thorney Bay. We loved it until the beach was destroyed by an oil spill. I distinctly remember grabbing a razor shell as it came up for air and losing the fight. Just as well I suppose.  Children used to fish off the breakwater. The camp was luxurious for us because it has a bathroom with unlimited hot water – our bath at home was hung from a wall. A dangerous game was entering and climbing around the huge gun emplacements. All taken in ones stride, London was miserable by comparison. The image shows me with a cricket bat with my brother. The large image shows a row of happy children (I’m No. 5)  holding their sweets after appearing at the talent show in the Thorney bay holiday camp. 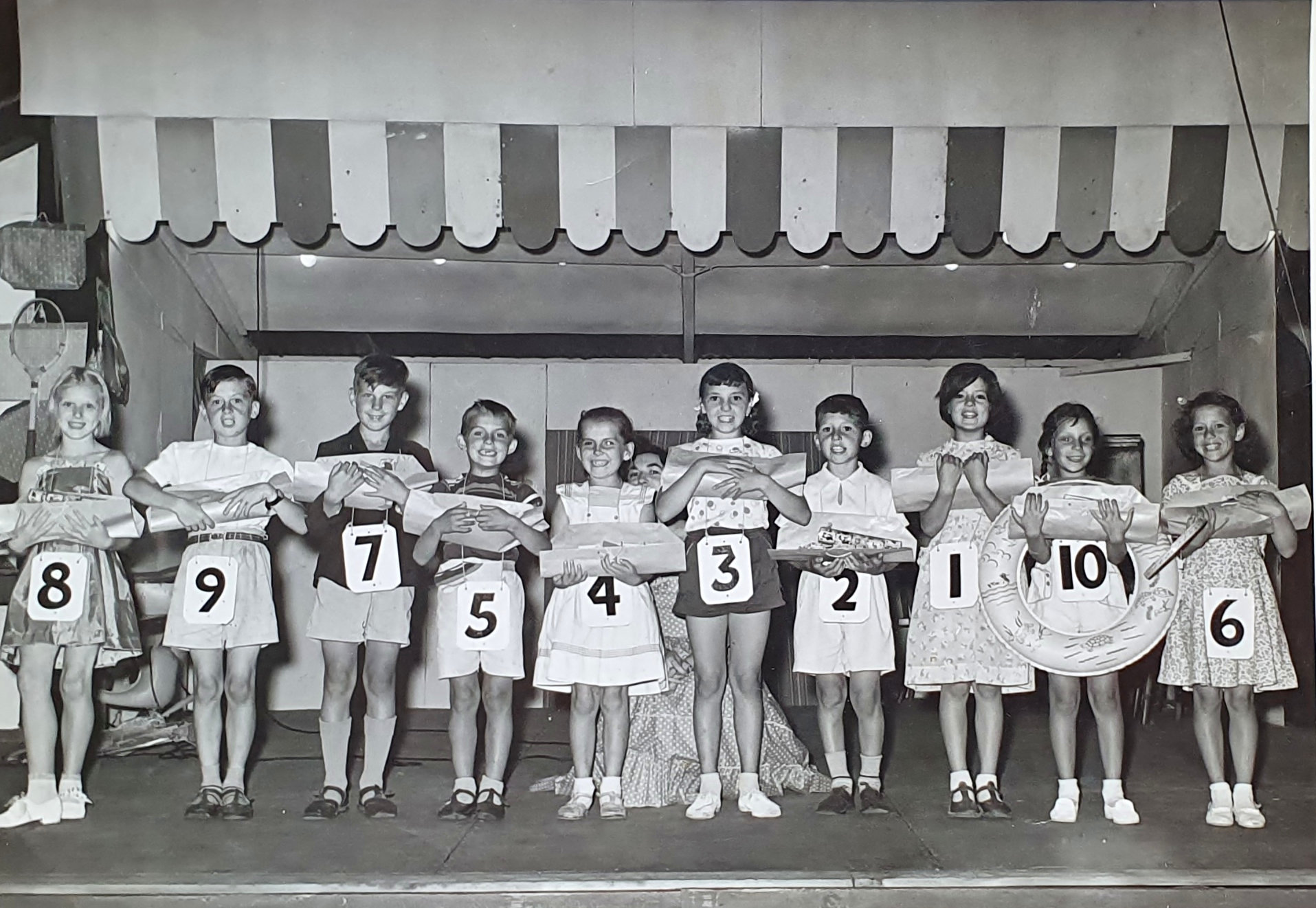 Shows a row of happy children (Tad No. 5) holding their sweets after appearing at the talent show in the Thorney bay holiday camp.

They might trigger some happy memories for other Londoners. Canvey was this child’s paradise and I suspect that it still is in the minds of many other children of that era.

The accommodation at the Thorney Bay holiday camp was  quite spartan – Nissen huts with bunk beds and a metal stove between the bunks. Two bunks to a unit.  I imagine my parents were totally fed up of army camps by the time we stopped going! 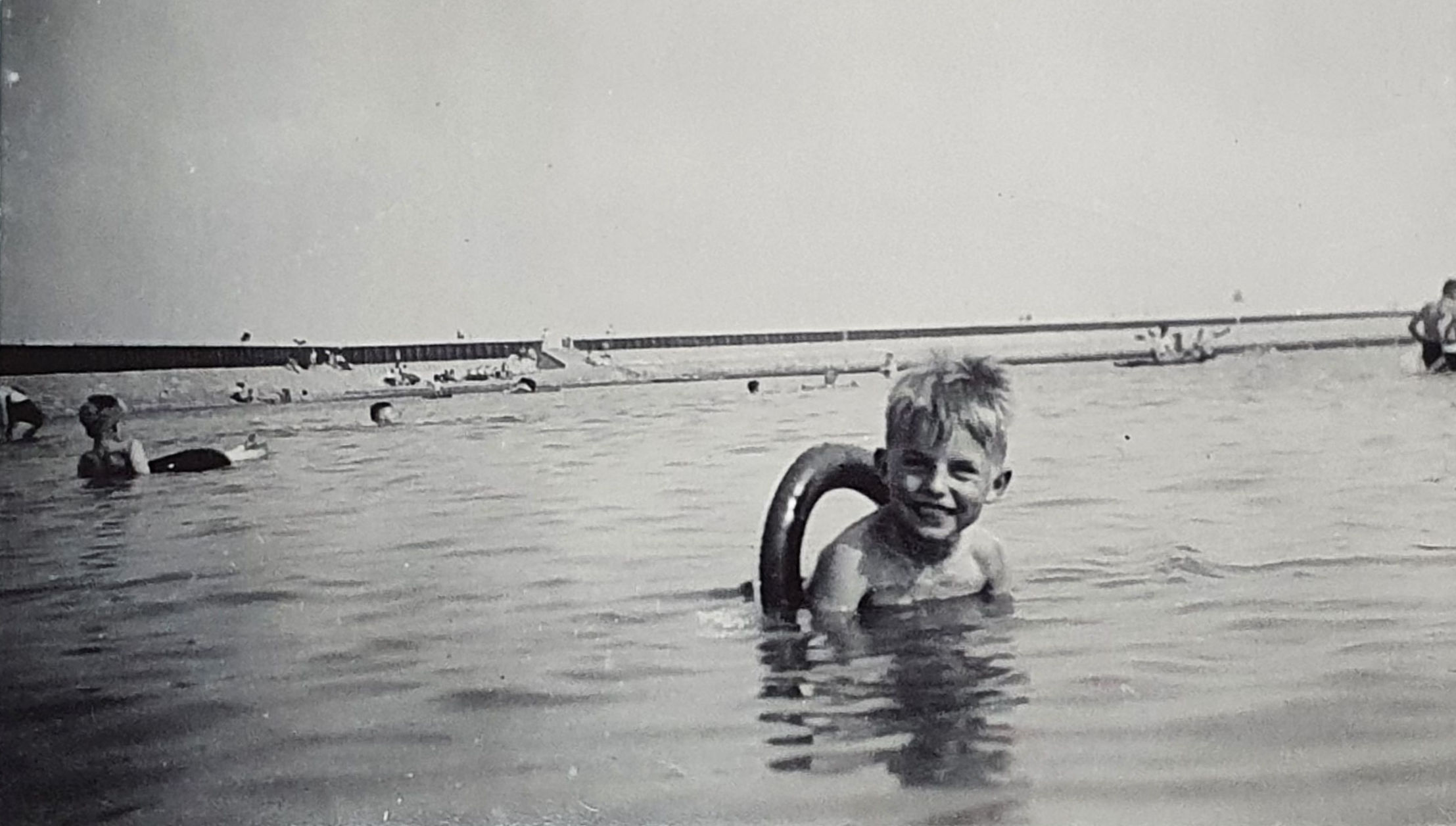 Can anyone help? Do you remember the Polish Children in the 1950s? Please comment below.

Sent in by Tad Opyrchal