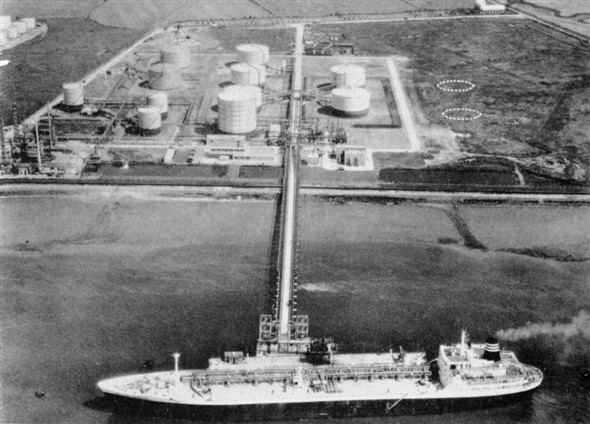 This is my memory of the night the river caught fire on 26th July 1970. I was on night shift at the Canvey Methane Terminal, working at the time on the Reforming Plants, when the incident occurred. Myself and five other plant personnel were sitting around a table in the control room when all of a sudden a door at one end of the room burst open and the Senior Shift Engineer ran through, passing us, calling out in a voice you could hardly hear, FIRE FIRE FIRE (he had run from his office in the main control room some 100 yards away after being alerted to the unfolding incident). He went out of the door at the other end of the room with a number of us following to find out what was going on.

We followed him up onto the top of the Reforming Plant, about 60ft high where it became quite apparent what the problem was. Looking towards Coryton the river was alight together with the most recently built Mobil Oil Co. jetty. We immediately went back to ground level and ran out our fire equipment in case the fire spread to our plant. The operators on the Methane side of the plant had already been running out fire equipment and starting the fire pumps.

Whilst doing this the Essex Fire Brigade arrived on our site to assist. Once our equipment was laid out, I proceeded back up on the Reforming Plant roof, where the night was lit up by flames from the sea and lights from Fire Engines which were now at our next door neighbours London & Coastal, Regent Oil Co. and The Lobster Smack Pub. In the river fire tugs were spraying the flames whilst others were towing a ship off the London Coastal jetty to the safety of the far side of the river. The smell of oil fumes filled the air, and this was to remain for quite a few days whilst a clean up operation was carried out along the shore line. 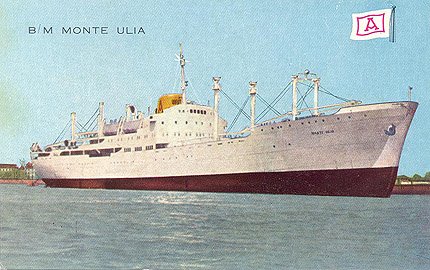 Once the fire was out, information via the emergency services started to filter through what had caused the incident. A ship called the Monte Ulia, travelling towards Tilbury had veered into the Mobile Oil Jetty where a ship was discharging a cargo of crude oil, severing the pipeline, sending oil cascading into the river and catching light from the sparks made by the Ships hull grinding against the metal structure of the jetty. The ship also struck two barges – lighters which were full of spirit, anchored in the mouth of Holehaven Creek.These were waiting to be towed for use up the river. One of these was alight with some of the spilt crude oil. They broke adrift and the tide took them towards the London Coastal jetty. Fortunately two of Canvey’s Retained firemen, seeing potential danger, commandeered a rowing boat and boarding the barge extinguished the fire. I believe they were George Blackwell and Geoff Barsby Senior. If they had not done this, the Incident may have been far worse as the pipelines on the London Coastal jetty were full of spirit from the ship that had been discharging there and could well have caused a chain reaction affecting us all.

have often wondered if the two firemen knew what was in the barges at the time, as the usual ones anchored at the entrance to the Haven were rubbish barges waiting to be towed around to Pitsea Tip.

After being relieved by the day shift I, together with some of my colleagues, went to have a look at the ship that had caused this “ Night To Remember”

The Monte Ulia had run aground in the Mouth of Holehaven Creek and did not seem to be too badly damaged, considering the havoc it had caused.

(A video clip about the event and the resulting oil slick can be seen below) click on picture to view. 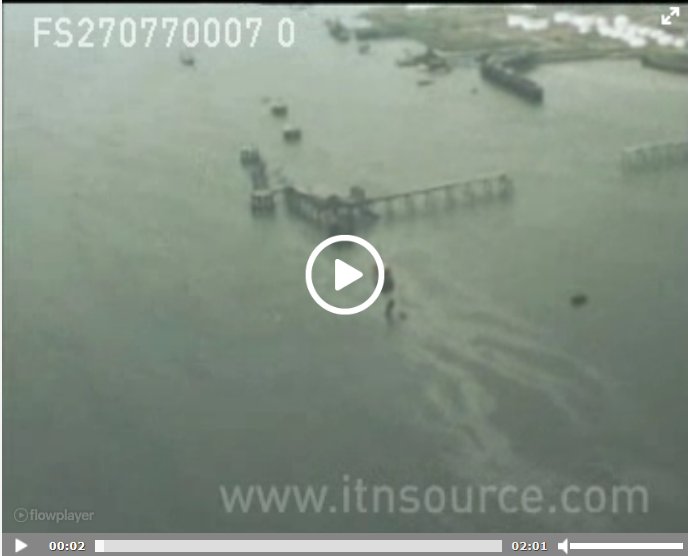