Woolfe (known as Willy) can be found with his sister Annie in the 1929 Electoral Register at ‘The Gedula Shifren’ in Handel Road, Canvey. Probably the family holiday home. 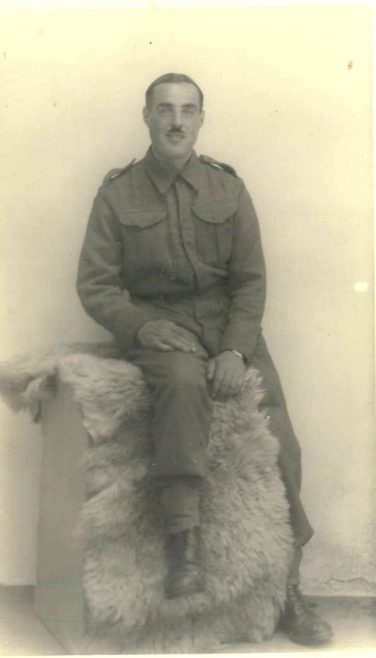 Woolfe (known as Willy) Shifren. The Photo is dated May 1942.He was in the Pioneer corps.He never saw any active service.

Both Willy and Lily were of Russian descent. Willy’s father Morris was born in Gomel, Belarus in 1882, son of Dorah Shiffren. The family, three generations, can first be found in England in the 1911 census at Hanbury Street, Spitalfields and it was here that Willy was born in 1908.

At some point around this time Willy lost both his legs through illness and it is thought this might be the reason the family moved to Meynell Avenue, Canvey around 1955. At about the same time his father can also be found in the property Willy was living at in 1929 ‘The Gedula Shefrin’ in Handel Road. Morris died here in 1956 his wife Sarah died in 1967. (“GEDULA” means  “Greatness” in Hebrew)

His nephew remembers him “ He was a very gentile man , a barber by profession never complaining despite the loss of both of his legs due to illness. I loved to play ball with him.” 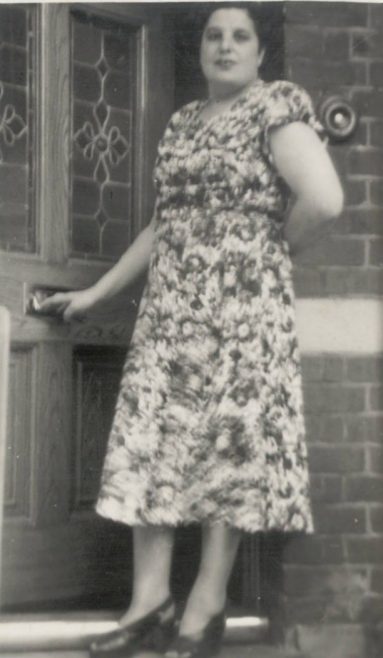 Lily Rubin was born in Commercial Road, London to Davis and Rebecca Rubin.

Davis came from Russia c1900 settling in Stepney where he built a successful shoe retailing business. He was killed in the Coronation Avenue, Stoke Newington bombing in October 1940 where 170 people were killed.

After Willy’s death Leah was introduced to a widower Woolf Levy, by her sister at a kosher B&B run by Mrs Rosenburg. Leah and Willy’s nephew Raoul remembers Mrs Rosenburg “ I remember seeing her budgie… the only Yiddish speaking bird in the world!”

The couple were married in 1964 living in both London and Canvey. Unfortunately Lily found herself a widow again in 1969, she then sold the property in Canvey and moved to Clapton where she died in 1974.

Raoul remembers “my Aunt Lily worked  in the Kiosk  of the amusment arcade (the slot machines) on the front.” 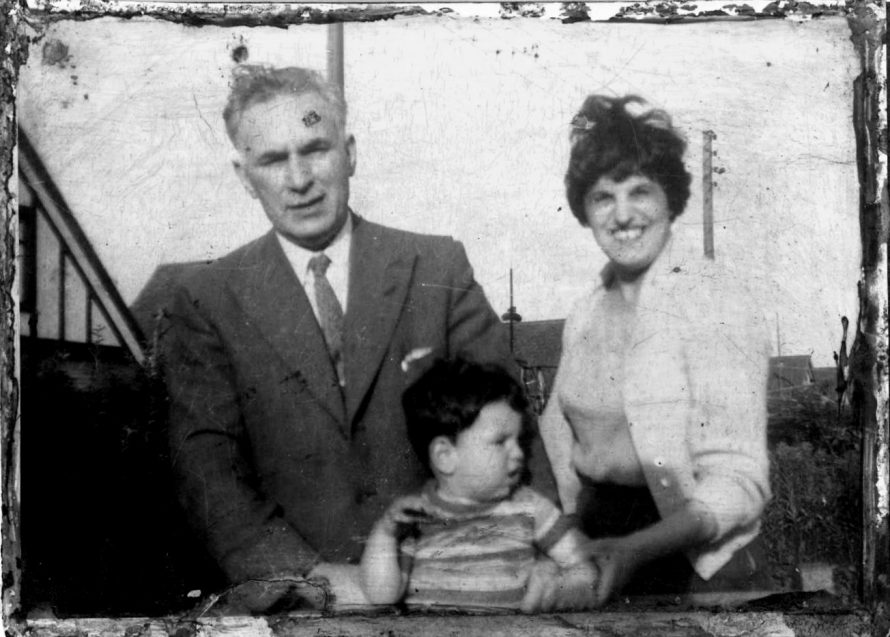 c1960. Raoul Schneiderman aged about 3 with his parents Abraham and Blanche in the garden at Meynell Avenue. Blanche was Lily’s sister

Raoul’s father Abraham Schneiderman would drive his family down to Canvey to visit Willy and Lily on a Sunday afternoon. They turned left into Meynell Avenue and Raoul remembers “the house was some way down”. Records we have found so far say it was no 7 Meynell. Does anyone know if the numbers have been changed or is it just a trick of Roauls childhood memory. Raoul says “ I distinctly remember a one floor Bungalow with a “double front”. It has space on both sides. My father could leave his car on the left side.” 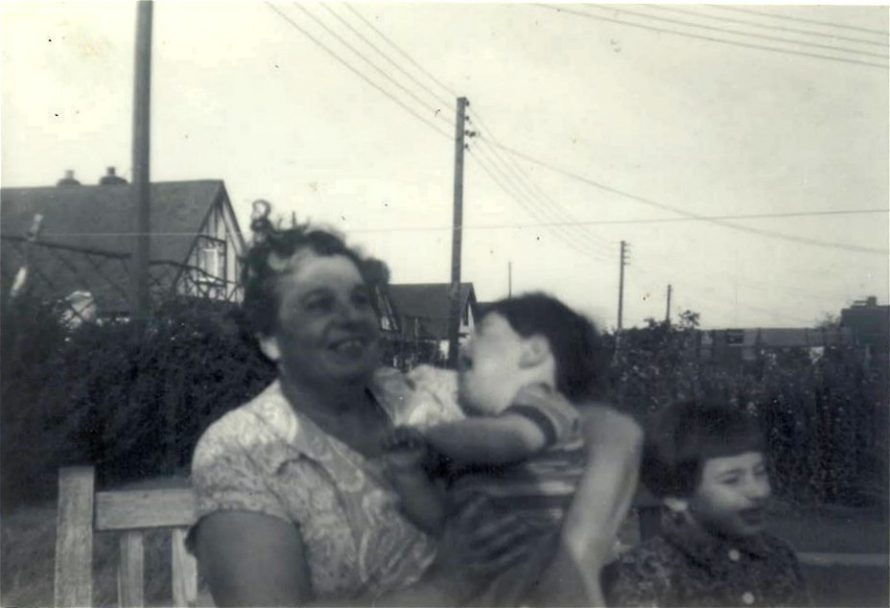 c1960. Raoul and his Aunt Lily in the garden at Meynell Avenue

Also remembered is “Mr and Mrs Abrahams also migrants from Russia. He built his own house in Canvey a rather ramshackle affaire.” Raoul also asked about the Manus family, in particular an Edie Manus and we were able to work out that Edie was born in the local area in 1948 to Freda Shifren and Moss Manus who married in Hackney in 1946.

We believe Freda to be the younger sister of Willy Shifren. Raoul would love Edie to contact him. So if you are out there Edie please make a comment below or if you prefer email me jan@canveyisland.org and I will pass on your details. 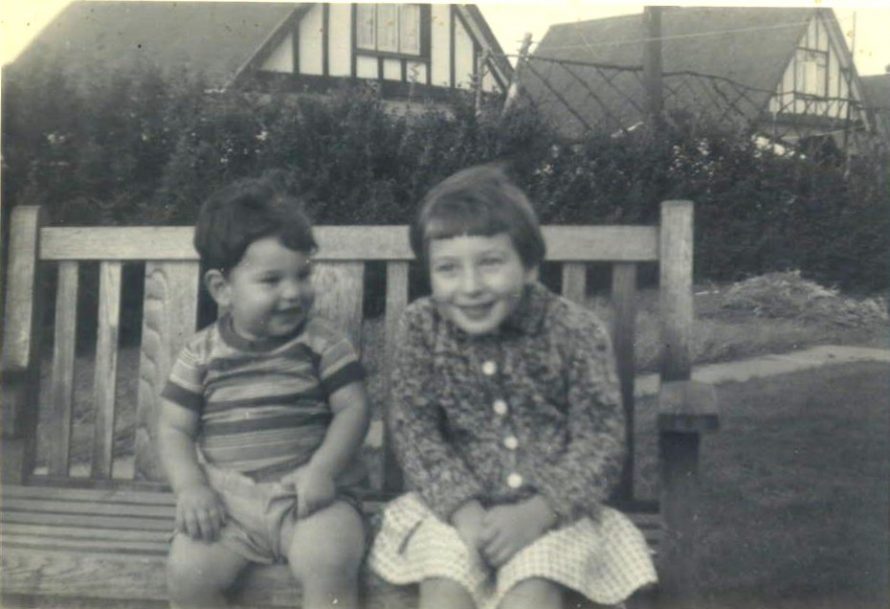 Click on the picture in the gallery to see an enlargement. 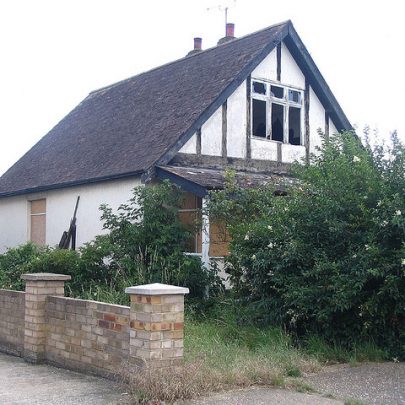