My memories of Canvey Island

Written by the late Bill Beaver

I remember coming to Canvey in August 1912 from Walthamstow where I was born in 1905.  I came with my family to stay for two weeks at a bungalow by the lake.  The name of the bungalow was ‘Maycot’.  For those days it was quite a modern building, built in 1911.  It had large tanks for catching and storing rainwater from the roof.  The water was filtered through granulated charcoal packed in a large earthenware vessel which was especially made the filters and was a common household utensil in most homes on the Island. 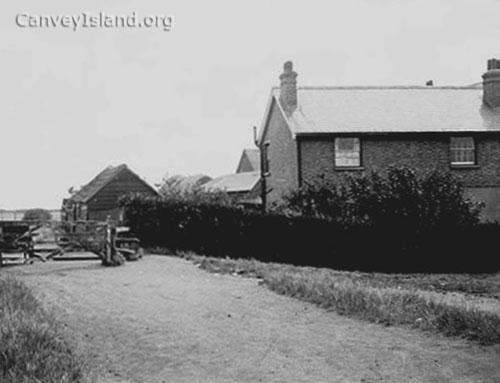 I remember crossing the creek in a rowing boat, it cost ½ penny per person.  At low tide one could cross on the causeway where there were stepping stones, some of which can be seen outside the Council Offices.

I recall walking along the path round Waterside Farm across a cornfield to a stile known as ‘Temple Bar’ then along the path up by the lake.  I thought it was wonderful, so much lovely grass and reeds and there seemed to be hundreds of skylarks singing all day long.  The lake seemed a lot cleaner and more interesting to me then.  I can remember trying to get into an old boat that was there and getting in a rare mucky mess. 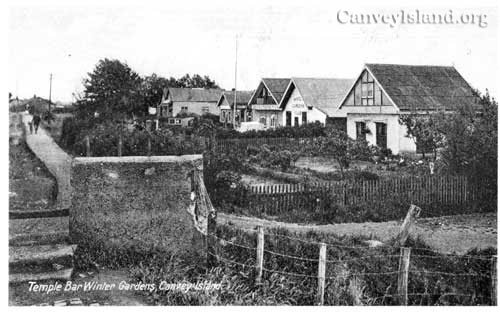 I remember the walk to the beach by way of Lakeside and Furtherwick Road.  No shops in those days just a nice sandy lane with many small sloe hedges either side of the lane.  Chambers Farm had a gate across the road and an open fronted cart shed with table and stools.  A jug of tea or milk and cakes could be bought and consumed at the wooden big table.  I thought the beach was wonderful, so many shells and under the loose rocks so many winkles, small crabs etc to find.

Next to the bungalow ‘Maycot’ there was a farm and farmhouse barn etc some cows and horses, chickens, geese!  and ducks that used to waddle along to the lake. 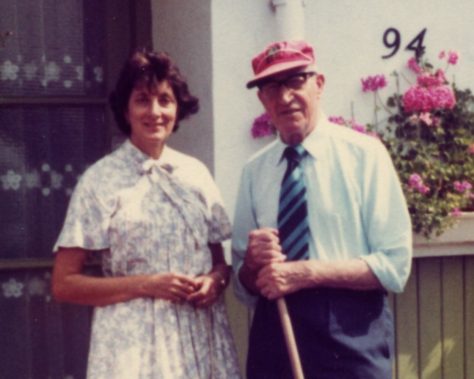 Bill was later to move to Canvey where he lived, apart from a few years away, until his death in 1989.  Bill Beaver was one of the first Volunteer firemen.

I would like to thank Bill’s daughter Janet for allowing us to use some of her father’s memoirs and pictures.