To return to my early childhood in Rotherhithe. The great event each year was our Summer Holiday. My father had three weeks; the dates never varied (last two weeks in June, first week in July) and always spent on Canvey Island – a bleak undeveloped spot not like Canvey today. 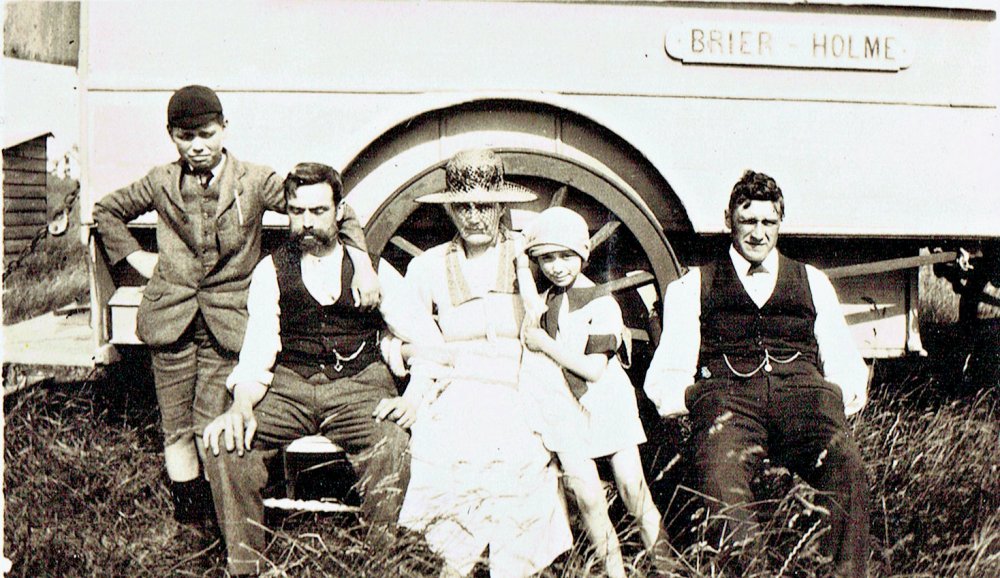 My father hired two pantechnicons (a sort of caravan) one named ‘Brier Holme’ and the other ‘Brier Patch’[1] How my mother coped with feeding the family, not to mention the ‘uninvited guests’ who used to turn up at the weekend, I shall never know.

These ‘caravans’ were owned by one Frank Morley who had worked in some capacity at ‘The Docks’ and were an ‘investment’ whilst he made plans to build a bungalow on another plot.

We travelled by tram to Tower Bridge then on foot to Fenchurch Street station and then by steam train to Benfleet. Here we collected our trunk that had earlier been sent by ‘Carter Paterson’ to Benfleet station to await our arrival. Next came the engagement of a boatman to row us over to the island; it took more than one trip to convey all of us.

Having been given the keys by Bill Morley my father duly unlocked the doors of ‘Brier Holme’ and ‘Brier Patch’ and the holiday had begun. My father’s first job was to build the latrine. For this he had to dig a ditch at the bottom of the field in which our ‘homes’ were situated. Then he put a stout pole across with a bucket placed underneath. You sat on the pole and took aim for the bucket; primitive camping indeed! When the bucket was full my father had to attend to the sewage, “digging it in” etc. 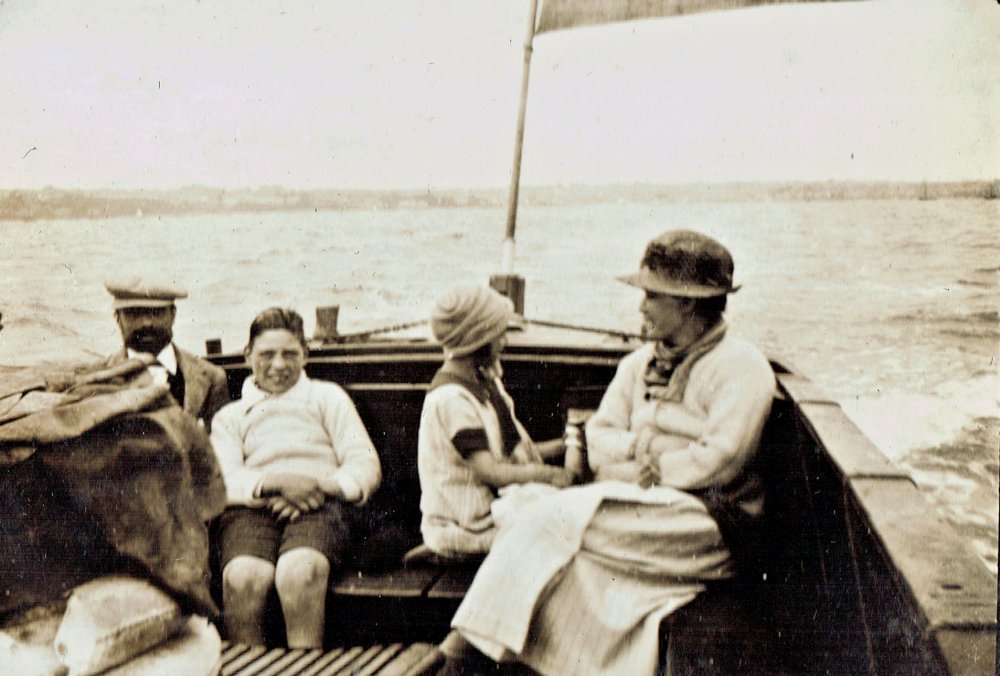 We had a sort of village shop close by, so my first recollection of the holiday was going with my brother Josh to get my bucket and spade, my rubber shoes (worn to go into the water and on the beach) and a parasol. I was also allowed to ‘choose’ a doll.

We also had the sole hire of a ‘chug-chug’ motor boat and each day would go out for trips along the coast. My brother Don was always first aboard and wheedled his way into taking the wheel and steering us along the coast.

These were days of magic, never rain, just family fun. 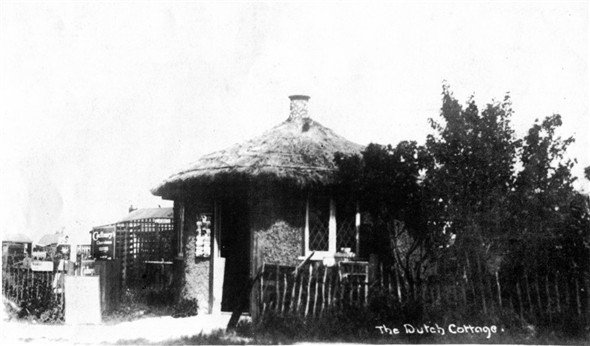 Possibly the thatched cottage shop that Olive mentions. This was in May Avenue

Once a week my father would have the ferryman come over and take him to Benfleet to pick up supplies of food to sate our ravenous appetites.

I remember the thatched cottage where I used to go to spend my penny … on sweeties. It was the only sweet shop. There are some photos that show us on Canvey Island. 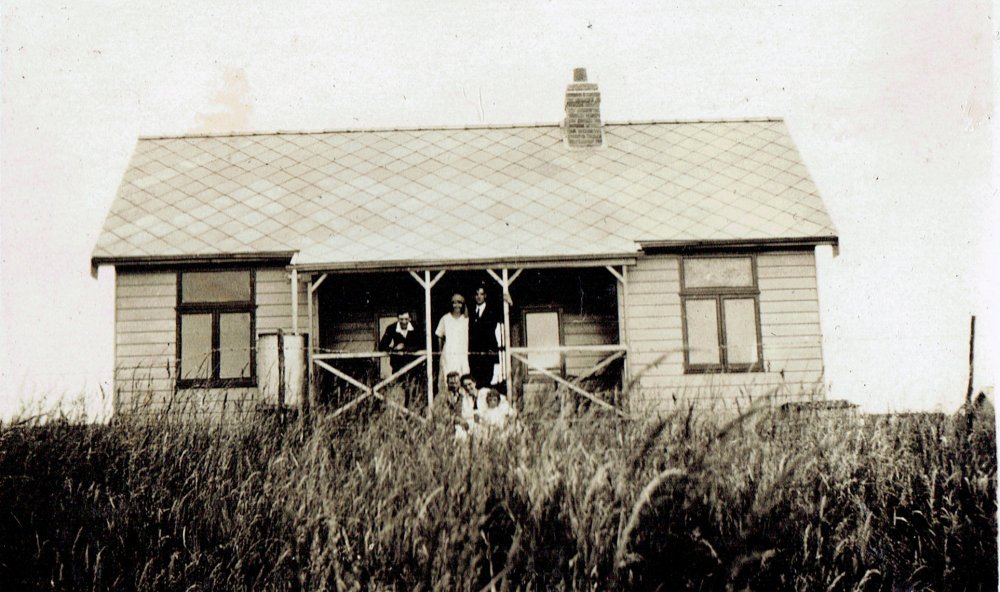 We were the first to occupy the bungalow that Bill Morley built and that is also visible in the photographs.

[1] This latter name may not be accurate as photographs clearly show one of the pantechnicons bearing the name ‘Brier Holme’ as described hereinafter.

Sent in by her son Dr Simon Cotgreave