Founder of Abbeyfields on Canvey 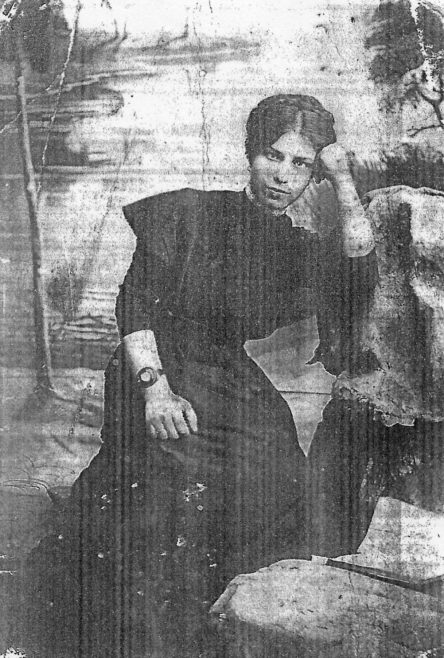 Sonia Shoffren aged about 18. Very relaxed picture for the time this was taken c1912

Sonia Galperin was born in Russia in 1894 daughter of Morris and Yita Sophrin (anglicised as Shoffren). This picture shows Sonia at the age of about 18 which was about a year before she joined other members of her family in England. According to her work permit dated 1927, which was in her married name of Galperin, she arrived in the UK on the 6th April 1913 and her occupation then was ‘Household Duties’ at 60 Park Road, Southend on Sea. She had married Nathan Leonid Galperin in 1915 in the East London Synagogue.

Leonid, as he was known, was also from Russia and according to his Certificate of Identity he was born in 1884 at Vladinyr Volinsk, (I think) Russia and he was an Electrical Engineer. When he actually came to the UK I do not know but it was before 1915.

The couple moved to Canvey Island in 1927 and according to Sonia’s obituary and family members she set up a convalescence home for sick London children in a house called ‘Concord’ which was situated in Eastern Esplanade next to the flats opposite Concord beach. 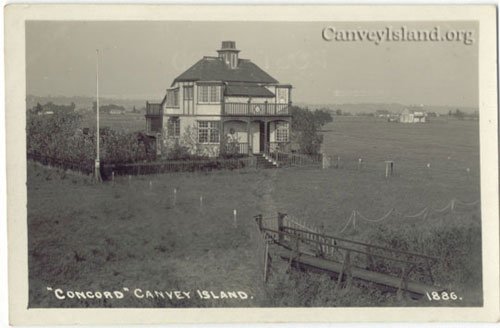 Concord the home Sonia established in 1927 for sick children from London.

She was the Aunt of Simon Shoffren the founder of Tower Radio who joined Sonia and Leonid on the Island in 1932. Sonia lived in one of the San Remo bungalows that were situated opposite the original Tower Radio Shop in the High Street. 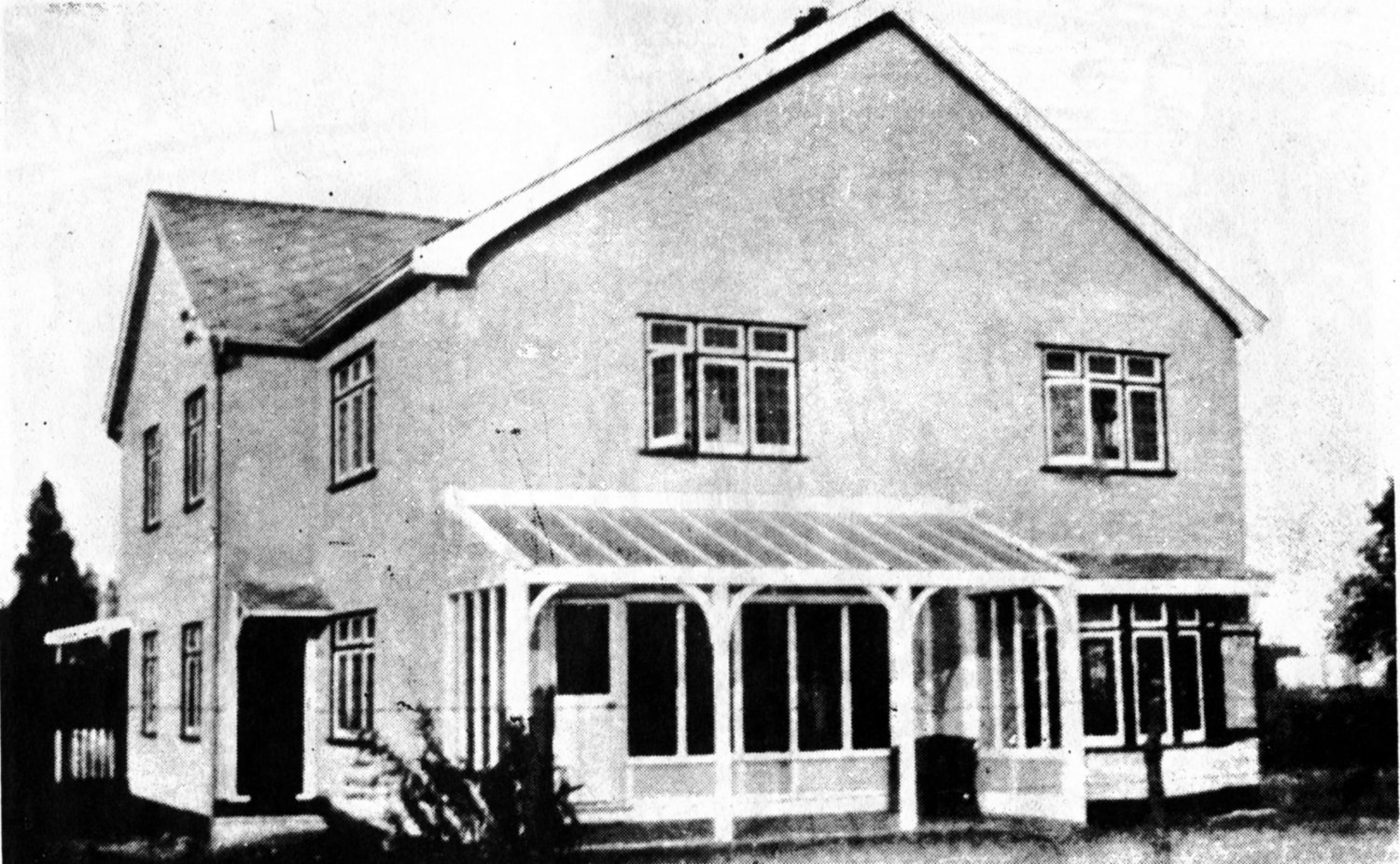 The first Abbeyfield Home in what is now Venables Close

In the late 50’s Sonia heard about Richard Carr-Gomm and his Abbeyfield Homes. She contacted him and after he visited Sonia on Canvey to discuss his ideas Sonia set up the first Abbeyfield Home in Sweetbriers Walk off the High Street which is now Venables Close. Some years later, probably late 80’s, the home was moved to its present location in Long Road in the house that was called The Londons, which had been used as a surgery for Dr Joseph. 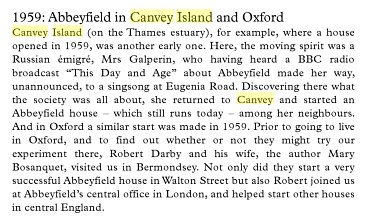 According to her obituary she was also involved with other Canvey Organisations, running the Commonwealth Carnival and she was connected with Canvey St Raphael Club for the Handicapped. Unfortunately the copy of the obituary we have cuts off at this point so we do not know the name of any other organisation she was associated with. If anyone can fill in the blanks please comment below.

Thanks to Pamela Winborne we now have the full text from Sonia’s obituary:

Sonia died in 1974 from a heart attack whilst staying with her son in Kingsbury.

Many thanks to Miriam Litman and Pamela Winborne for their help with Sonia’s story. 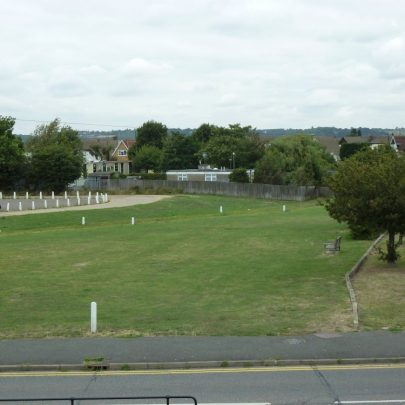 The site of Concord the home for sick children
Janet Penn 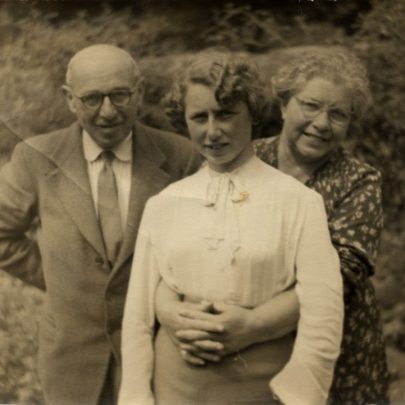 Leonid and Sonia Galperin with their daughter Anita.
Pamela Winborne 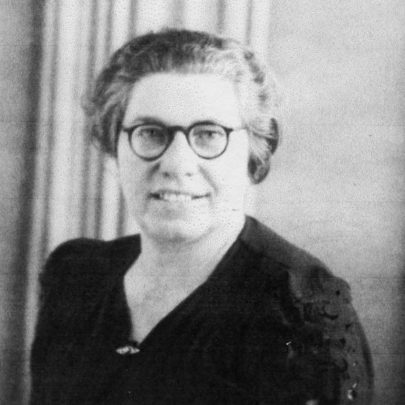 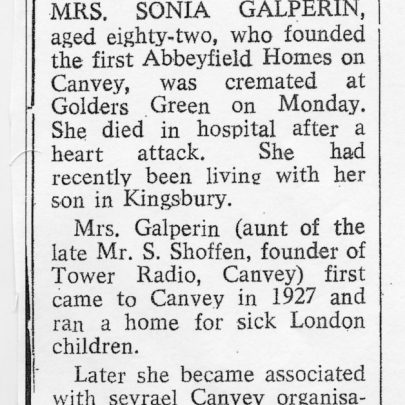