You are here: HomenextHistorynextFilmsnextDavies Family Films 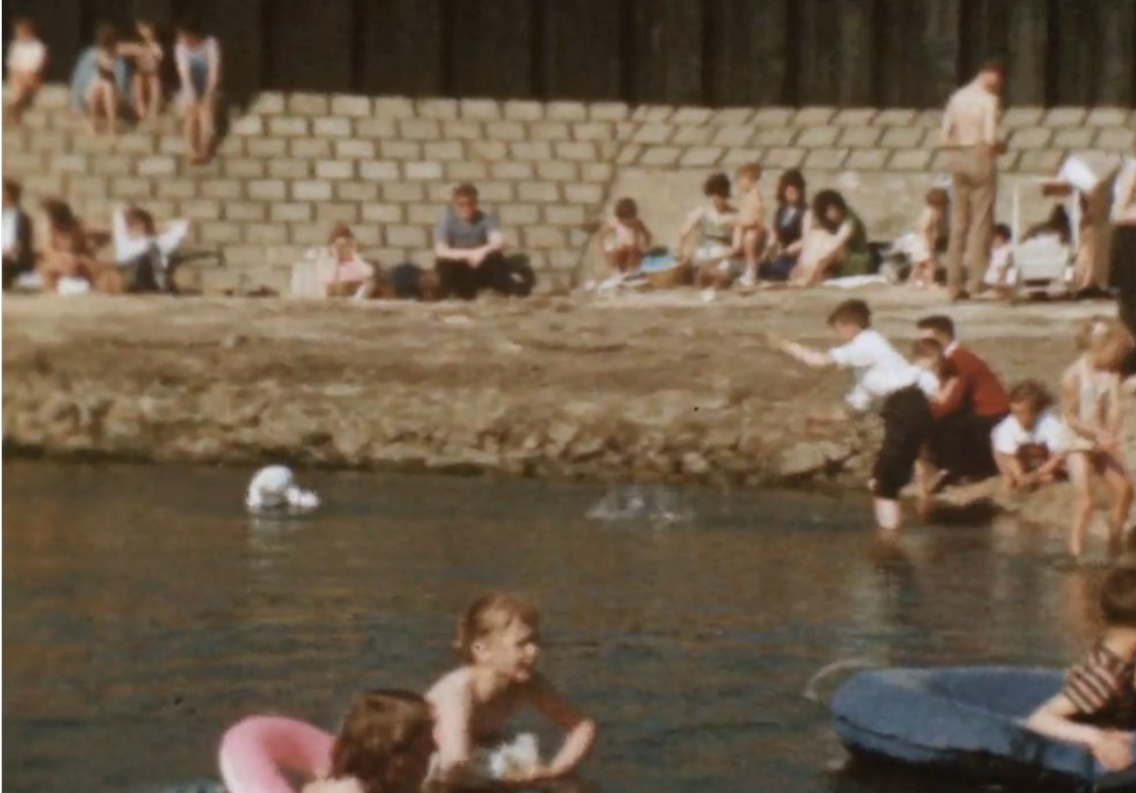 This is a film taken in 1963 mostly showing Canvey Island in and around Thorney Bay and Camp. Some great footage here which I am sure will bring back a lot of memories. Just click on the picture to take you to the film, please press back button to return to this site. Enjoy!

Filmed by the Davis family – and found in their old family home after they moved – this home movie starts with footage from an athletics stadium and a very impressive 100m sprint to camera. Next comes film from the balcony of a London estate, followed by great shots of central London, including a teeming Berwick Street market. The film concludes with holiday footage from Canvey.

A label on the film case said this film captured a 20th anniversary, and the Davis adults are seen clinking glasses – presumably in celebration of this occasion – from the fold-out table inside their holiday caravan in Canvey. The Canvey footage also includes an impressive lollipop, two muddy boys, a funfair and local houses and churches. The London footage is also great, particularly the characterful shot of a Soho street market.

Part of Britain on Film