The Opening of the Colvin Bridge

and Luncheon was served 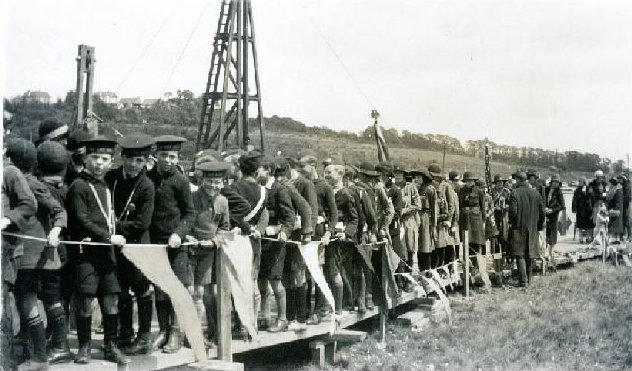 Everyone came to the opening

The Southend Standard first published drawings of the new bridge for Canvey in 1929. The estimated costs at the time were in the region of £15,000. The building work started in 1930 when Brigadier Colvin drove the first pile for the new bridge. A year later a notice from the Port of London Authority dated 20th May, was placed nearby stating:

There were great celebrations when the bridge was finally opened on the 21st May 1931. It was opened by Alderman J.H. Burrows, and named the Colvin Bridge. The Bridge was named after Brigadier-General R B Colvin who had performed the pile driving ceremony a year earlier. The day was a public holiday and children and their families crowded the area to follow the cars and members of the Canvey Chamber of Commerce across the newly opened bridge. Luncheon of Roast Chicken, York Ham, Ox Tail and Veal and Ham pie was served by the Canvey Island Urban Council to the visiting dignitary.

Drawing of the bridge that appeared in the Southend Standard 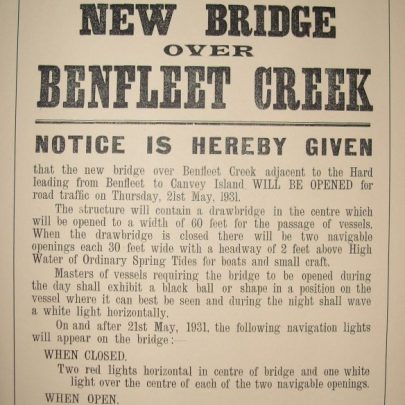 The Port Of London Authority Notice 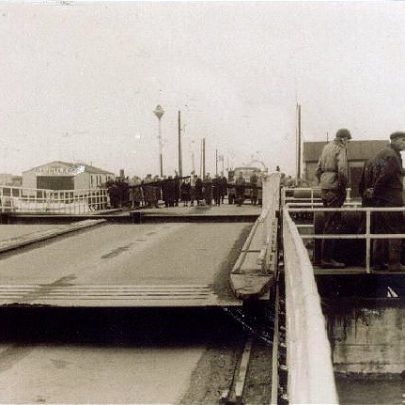 A photo of the opened bridge looking towards Canvey 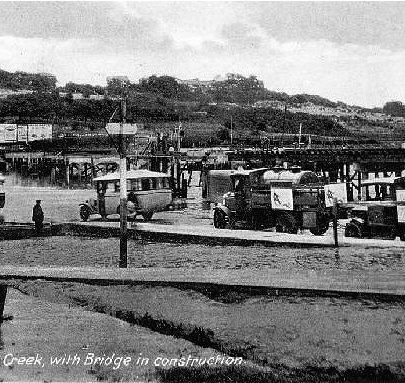 The bridge under construction 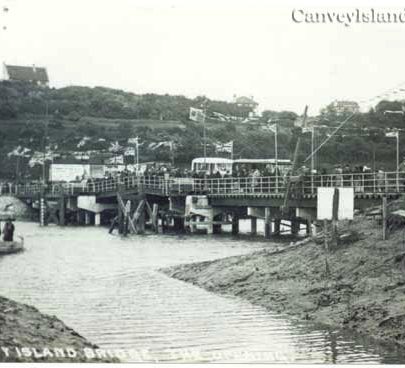 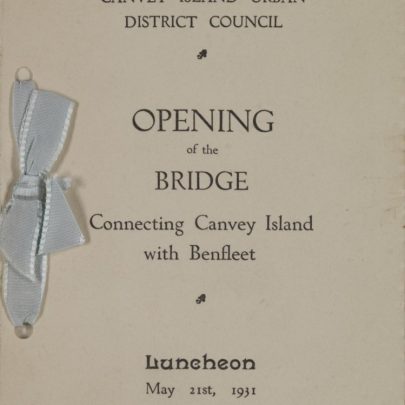 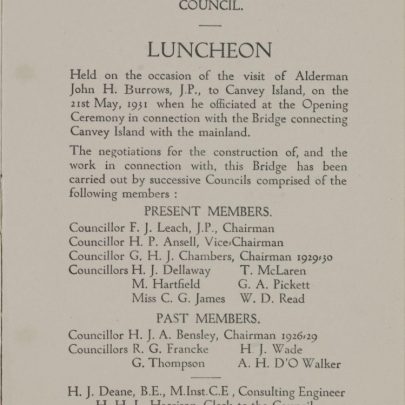 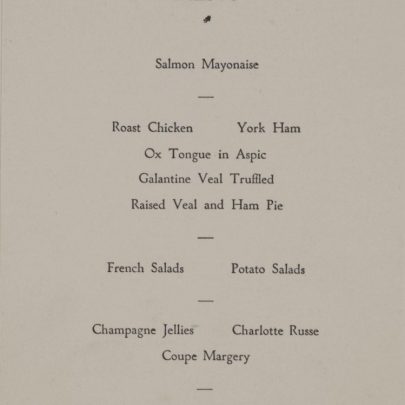 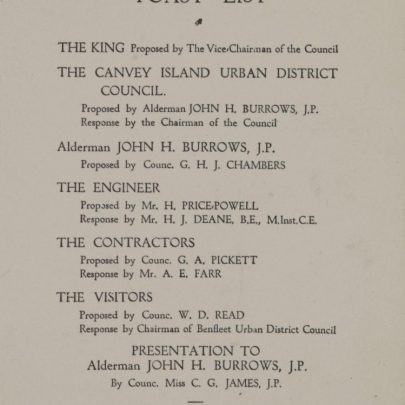