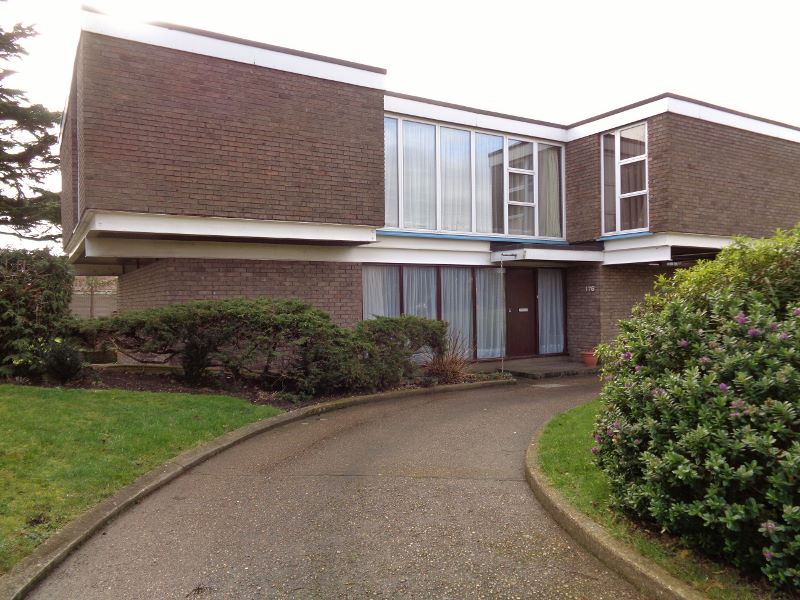 The front entrance showing the distinctive floor to ceiling windows, a design carried through the whole house.

‘The Architect’s House’, that’s how this ultra modern home was always referred to in my family and by other Canvey residents. Since it was built in the 1970s it’s been an unmissable, uniquely designed residence on the corner of Parkway and Furtherwick Road. For years I had walked past it, ridden my bike past it and driven past it but had never had the chance to see what it looked like inside – and I was very curious.

Then quite by chance in November 2017 I got to know Sheila Brooks, whose husband Norman was the architect who designed, built and lived in the house where the 2 of them brought up their family. Sadly Norman had then just recently passed away and Sheila, finding the house a bit too large for her now, decided she was going to sell it. When clearing out all the things that had been collected over a lifetime of family living she invited me to visit and pick some items up she thought might be of use to the Canvey Archive. Not only was I given a cup of tea but I also had a guided tour. 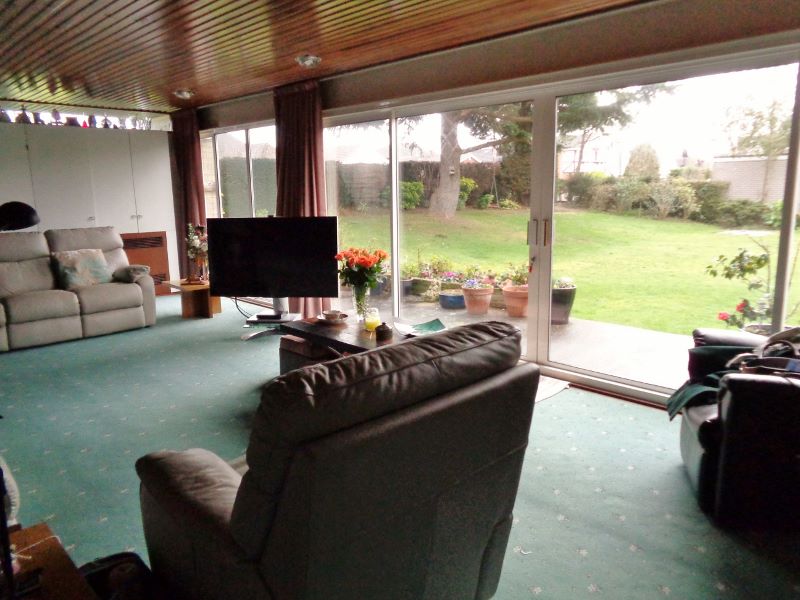 Having the garden come right into the lounge was an innovative idea at the time.

I wasn’t disappointed because the interior was just as sleek and streamlined as the exterior. I asked Sheila if I could take some photos and to my delight she agreed. She has since moved out to a home elsewhere on the Island. With the new owners undertaking internal alterations it’s good to know we have a record of what it originally looked like. Just the sort of task the Archive was set up to do.

(Editor: There is an interesting article about Norman Brooks on the Benfleet Community Archive which you can access here.) 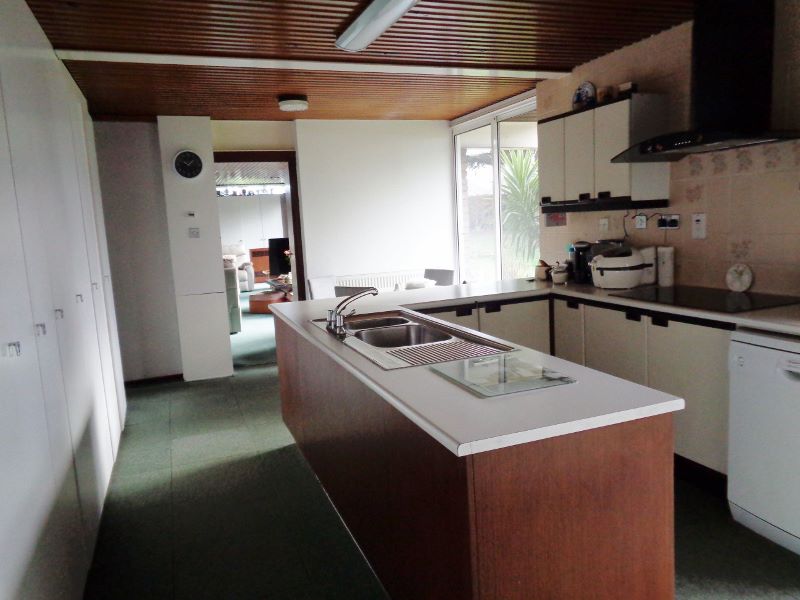 One wall had floor to ceiling storage hidden behind sleek, unobtrusive doors. 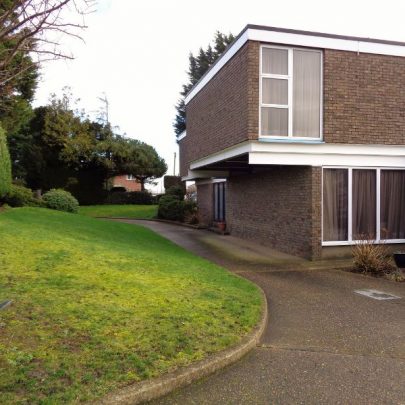 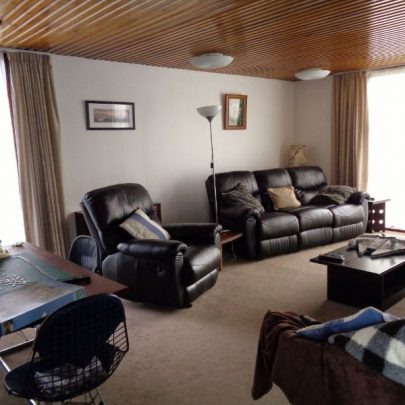 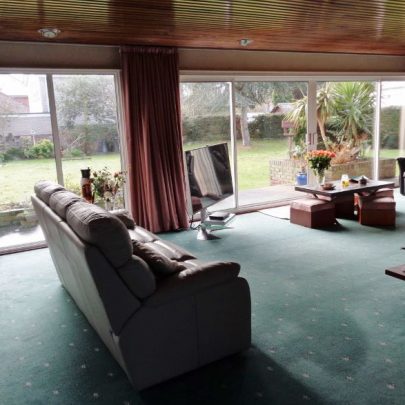 Bright and open plan with room to breathe.
J.Walden 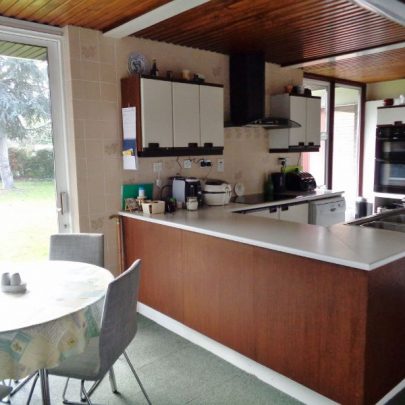 The kitchen was open plan with lots of storage space.
J.Walden 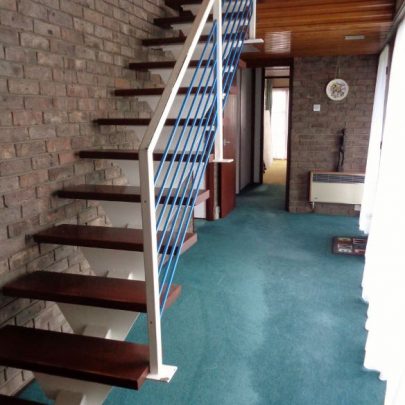 From the entrance hall are stairs leading to the first floor. They're open tread in wood and steel.
J.Walden 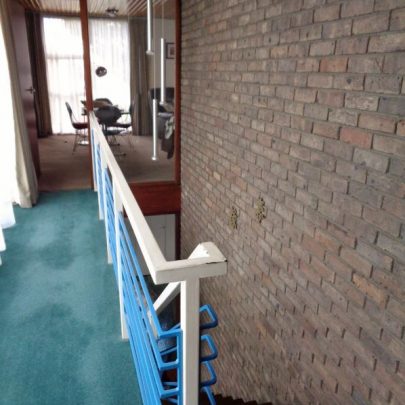 The stairs lead to a landing linking the bedrooms and upstairs lounge.
J.Walden 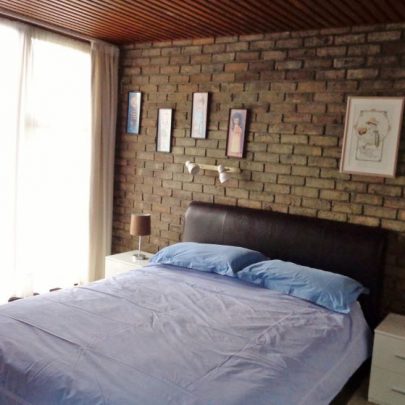 One of the bedrooms showing the exposed brick work which is a unifying feature of the house.
J.Walden 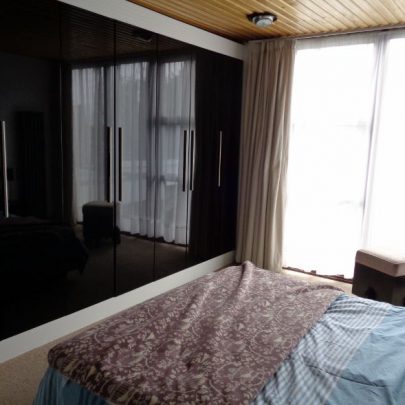