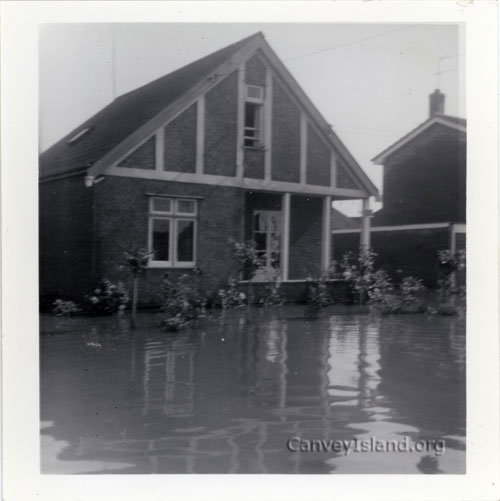 ‘Sundown’, formerly our family home, then my sister Jenny and brother-in-law Peter’s house is surrounded by water for a second time in it’s history.

These photos were taken at the time of Canvey’s second inundation in recent history in 1968. Fortunately nowhere near as serious as the 1953 Flood this time it was a case of the waters arriving from above and not being able to get away. The time, I believe was the 1st or 2nd week-end in September after torrential rain overnight Sat/Sun (apparently it rained continuously for almost 48 hours). I did not witness a great deal on the Island as I left early on Sunday on a caravan-towing holiday to Yorkshire. However, when we reached Benfleet the newly opened underpass was completely flooded but fortunately the old level-crossing gates were still operative so we escaped that way. The journey northwards detoured via Nevendon/ Wickford showed much of the countryside south of Chelmsford to be under water. 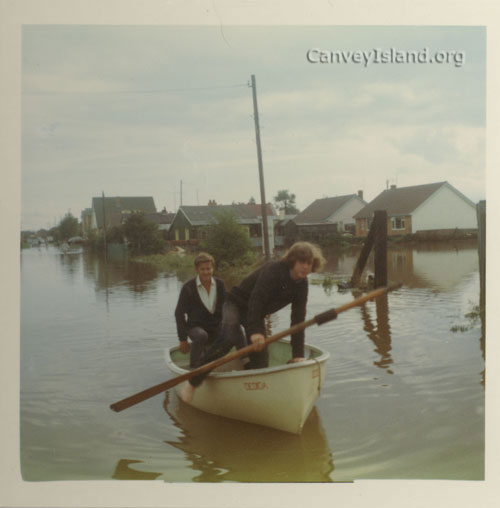 The pictures, taken by my Dad and younger brothers Trev and Chris, show the scene at the top of Gafzelle Drive on the Monday and mainly feature Trevor’s ferry service for Gafzelle residents. The dinghy, named ‘Dedida’ was, by chance stored in my Dad’s garage and it also appears there was time for some local kids, no doubt aided by Trev, to build a raft.

I am told on good authority by my sister, Jenny Stacey that the water did not drain away until the Wednesday of that week. We believe that this was probably due to the fact that work was in progress on the sluices at that time. As far as Gafzelle Dve was concerned the water did not get into anyone’s house but I believe some properties were affected. It would be interesting to know other experiences of this flood. 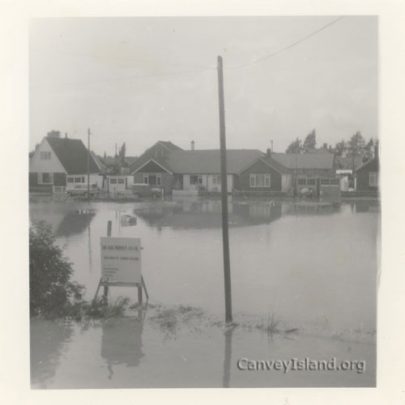 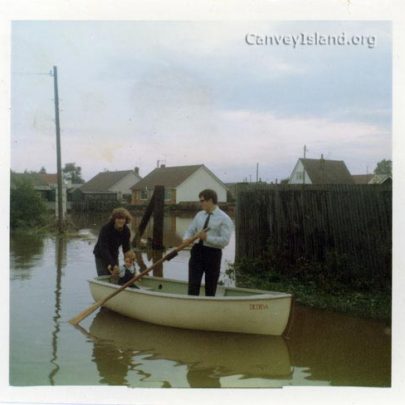 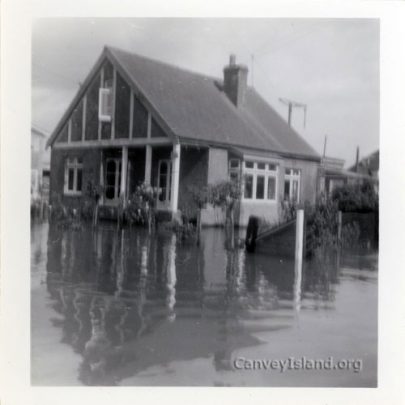 'Sundown', surrounded but not invaded by the floodwater.
T.Stevens 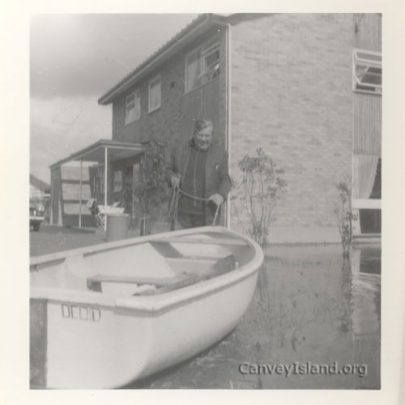 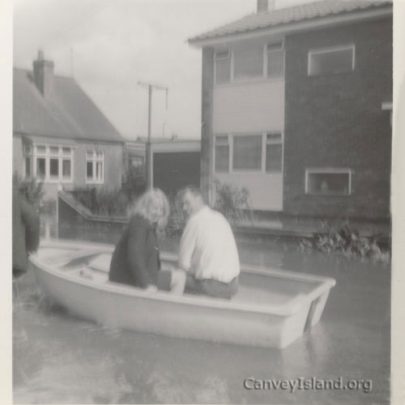 This couple(not known) were on their way to work. Background; Rev. Ormerod's(the curate) house.
T.Stevens 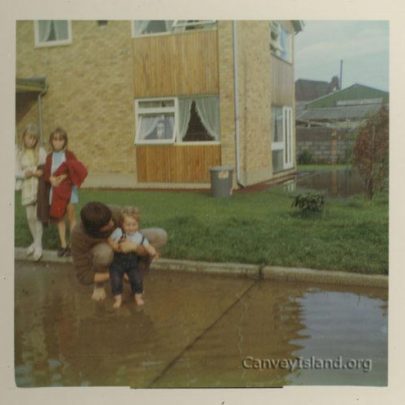 Trevor takes toddler Paul Stacey for a paddle outside Mum and Dad's house, No.1 Gafzelle.
C.Stevens 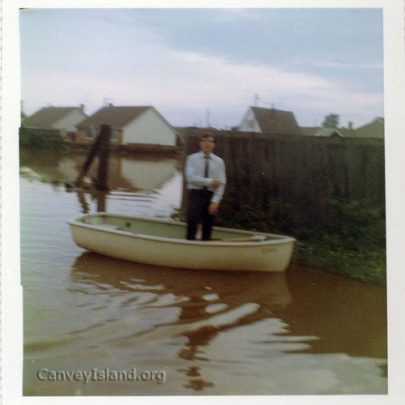 Chris up the Gafzelle creek without a paddle. 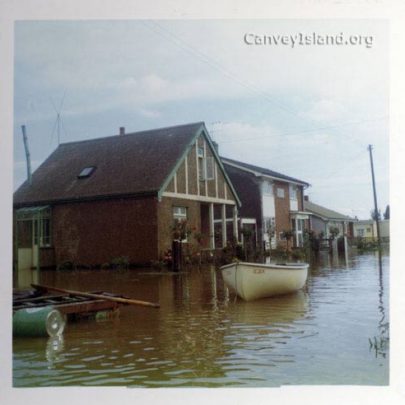 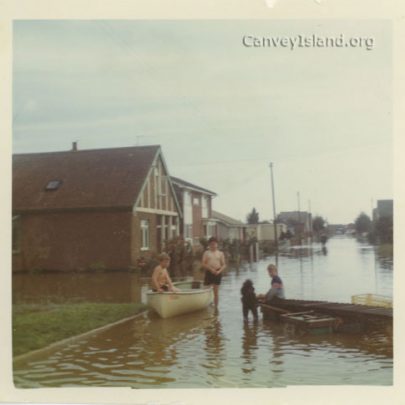