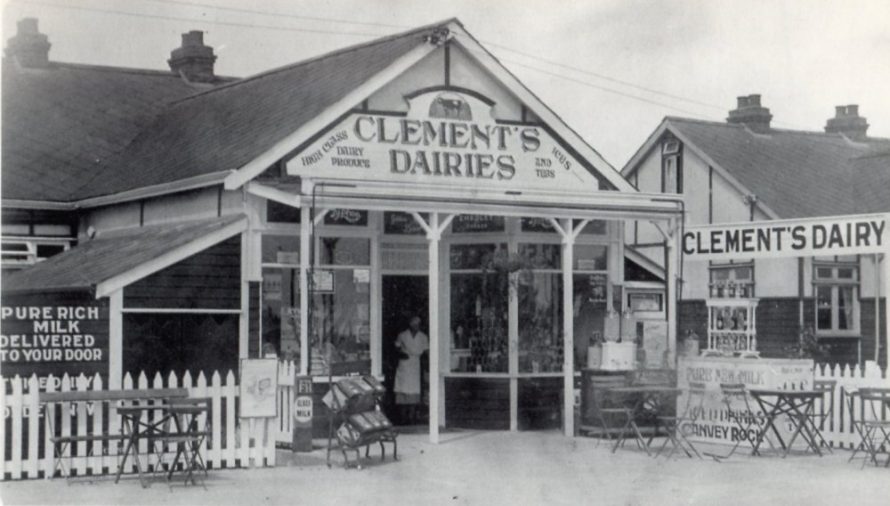 This photo of the dairy was taken after the road was lowered in 1928. The dairy was located on the corner of Chamberlain Avenue that is still there today, see picture below. The building has been substantially rebuilt as the roof is different and the brickwork at the back is now very modern. 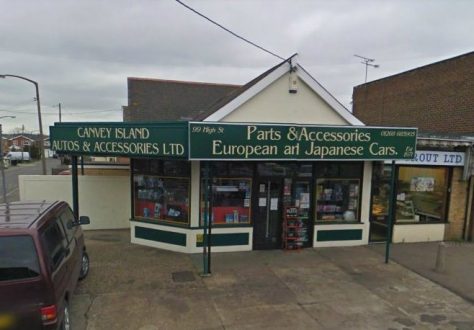 Clement’s Dairies was run by Ernest Clement. Ernest was born in Brixton in 1888 to Frederick William Clement and his wife Alice Maud (nee Hill), the family were originally dairymen. Frederick moved his family to Leigh-on-Sea sometime before 1911 and started Howard’s Dairies. In the 1911 census Ernest aged 22, along with his twin Frederick and younger brother Arthur was working for his father as a dairyman. Ernest married Maud Ethel Catchpool in June 1914 at Westcliff-on-Sea their first child Allan was born in 1916. The couple lived at ‘Arcadia’, Margarite Drive, Leigh-on-sea. 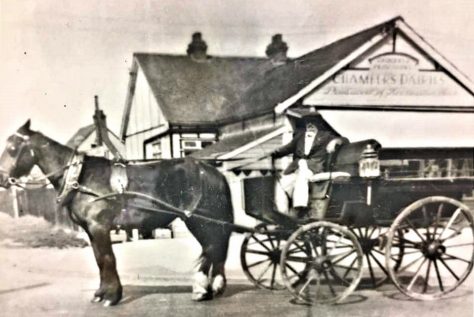 The same building when it was Chambers Dairies

In 1917, during WWI, Ernest was mobilised and attached first to the 5th London Rifles then later to the 18th London Rifles. On the 6th July 1917 Ernest was sent to France he went missing in action and eventually found to be a POW he was held from 24 March 1918 until the 26th November of that year. He was shipped home soon after serving the rest of the war in this country where he was eventually demobbed in October 1919. 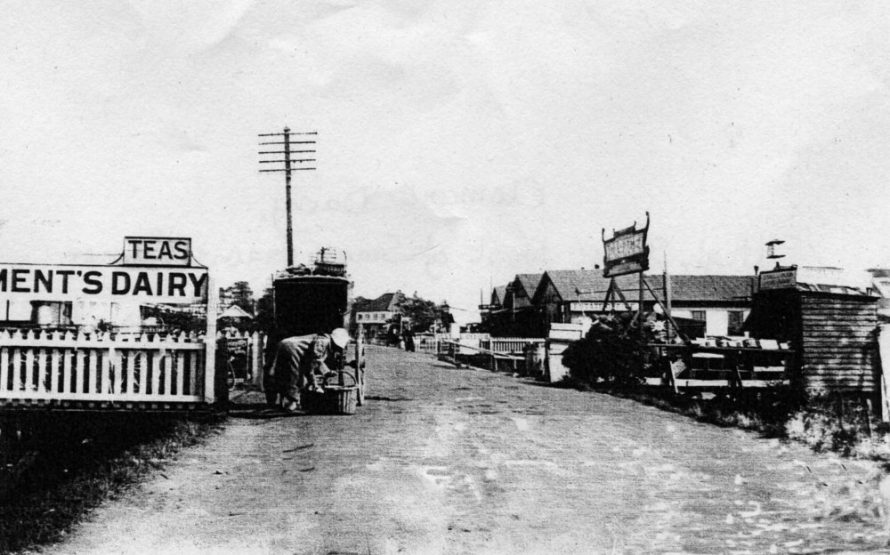 This picture was taken in the High Street in 1925 looking East towards Smallgains corner before the High Street road was lowered (1928). This picture confirms the location of the dairy as being on the corner of Chamblaine Avenue/High Street. The dairy is located on our left in this picture and further down the road on the right at Florence Road junction you can see the parade of shops where the Kynoch Club was located. These shops are still there today.

From family references it would appear that at some point after the war Ernest broke away from his family and moved to Canvey setting up Clement’s Dairies. His second son Peter (b1923) was born about this time. From what we have so far been able to put together he was definitely living on the Island in 1925. The picture of Clement’s Dairies, High Street above we believe to be dated after 1928. The shop in London Road (High Street, Leigh Beck) shows up at the record office with building plans for additions to that shop, although the owner is stated as Mr A Clement, perhaps his younger brother Arthur. Both addresses are confirmed in the 1929 Kelly’s Directory. (Clements Ernest, dairyman, Leigh Beck & High st.) Also in the 1929 Electoral Register, Ernest and his wife are stated as residing at ‘Bus Terminus’, High Street, Canvey Island, Essex. The Bus Terminus is the area the London Road shop was located. 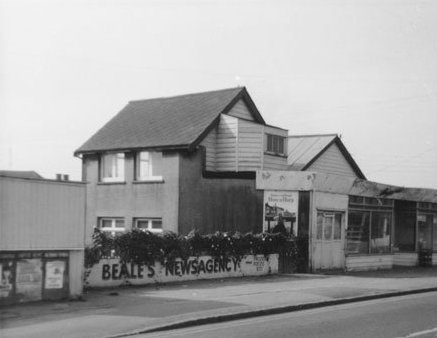 This is the Clement’s Dairy building in London Road (High Steet, Leigh Beck) taken in the 50’s not long before it was demolished. According to the Electoral Register this is where the family lived.

When exactly the family left the Island we do not know but according to George Chambers (of Chambers Dairies) the shop in the High Street was bought by his family when Ernest was in financial trouble. Also from comments made on other pages it would seem that Ernest owned other businesses on the Island, such as the Commadore fish restaurant on the corner of Seaview Rd and they had something to do with the fish and chip restaurant at The Cabin down the seafront. Perhaps he had spread himself too thinly.

We do know for sure the family were in Felixstow in 1939 when his wife, Maud died. At that time Ernest was living at 1 Holland Road, Felixstow and his occupation was cafe owner.

If anyone can add to the story please make a comment below. Ernest’s Great niece is looking for information.