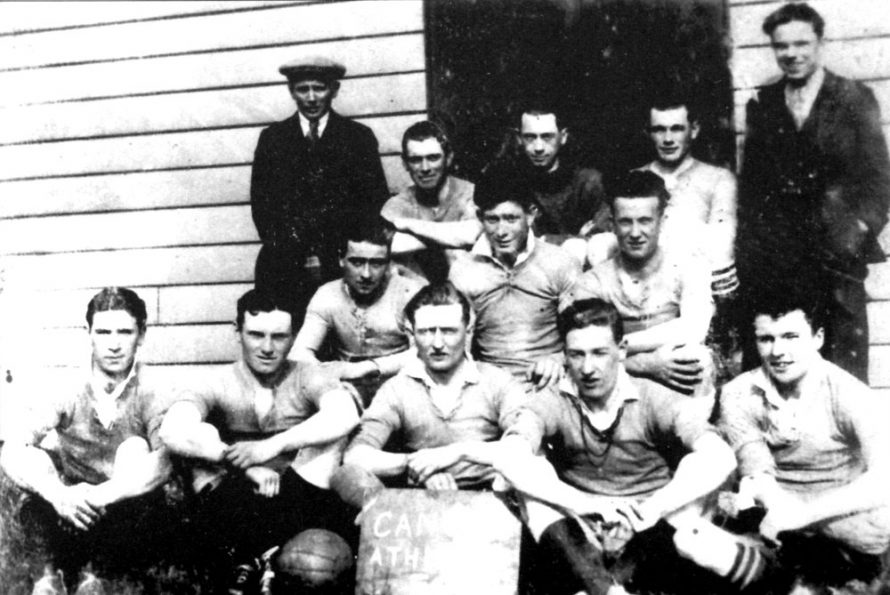 The following is from the 1931 Captivating Canvey Guide:-

In the 1920’s the St Ann’s Canvey Social and Athletic Association raised money to build a club house. Land was found South of Long Road to the rear of William Read School along with a strip of land 10 foot wide to build an access road. This was part of Oysterfleet Farm and belonged to A M Clark who had purchased the farm from Frederick Hester in 1903. (See maps below)

In 1927 builders were approached to give quotes to build the club house, with prices quoted ranging from £395 to £630. The builder J S and G A Allen of the High Street, were eventually appointed with proviso to have the building finished by the end of the year.

The building was to be of timber frame with windows, a stove, veranda and a stage. No other information is available at this time.

The following year the builders were approached to add cloakrooms to the site. From a letter to the builder in June of 1928 we can gain some knowledge of the facilities at the time.

If you can remember the hall or any of the people assiciated with it please comment below.