A chance remark by Dudley George gave the Archive the first indication of Canvey’s connection to the KielKraft model aeroplane company.

Dudley said to me ”Do you remember Mr Keil who used to live over by the Lake?”  To which I replied. ”No, he must have been a bit before my time.”  Dudley remembered visiting Mr Keil’s house on the south side of the Lake on a few occasions when his dad ‘Hasty’ was doing some plumbing work there. What most impressed Dudley, then aged about 10years, were two perfect replicas of the Coronation Chair from Westminster Abbey, which Mr Keil had made and were in the house at the time. Dudley learnt that Mr Keil had exclusive access to the original Coronation Chair to reproduce it in every detail. He then added, almost as an afterthought, that Mr Keil had a factory in London and had the first machinery in this country to cut balsa wood and was the originator of the KeilKraft model-making firm.  He also recalled his own amazement when his Dad brought home a piece of balsa wood, probably from Mr Keil. ”It was so light compared to it’s bulk!” As to fate of the replica Coronation Chairs, Dudley believes that one was given to Mr Keil’s daughter, who was married to one of the Bone family from Canvey Village and the other had been sent to America. 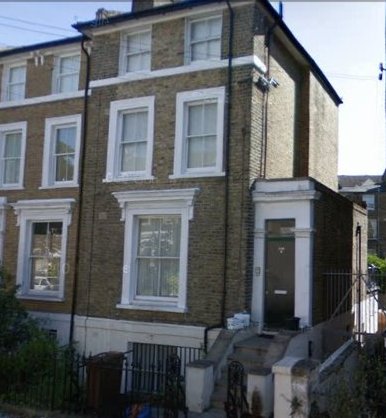 Armed with all this fascinating information Janet Penn, the Archive’s Editor, set about on-line research into the subject:

According to the 1911 census the Keil family were resident at 116 Greenwood Road, Hackney, London and were listed;

The records also show that in 1924 there was a planning application for Mr Edward Keil Esq, 116 Greenwood Road, Dalston, London, for a pair of bungalows in Thisselt Road, Canvey.

The Electoral Register for Canvey Island for 1929 lists:

There is no registration of other family members and we are given to understand that Edward Jnr known as ‘Eddie’ never took up permanent residence on Canvey.

The archive has also discovered that in 1922 ‘Eddie’s’ sister Julia Evelyn (or Visa-versa) she was known as ‘Dolly’, married Clarence (Claude) Mundy Bone, Butcher, Leigh Beck, brother of Horace Bone of Canvey Village Post Office.  The couple had two daughters Florence Doreen b 1923 and Kathleen b1935. 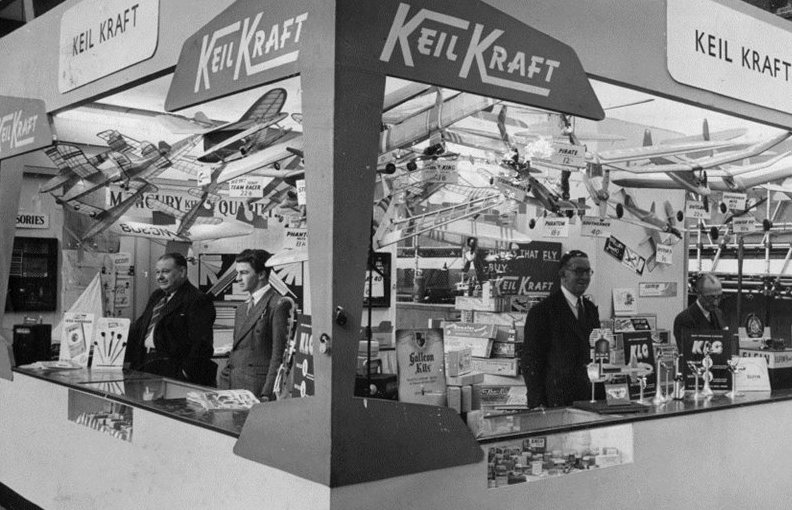 1950 photo from an exhibition

Due to the large number of on-line sites connected to the aircraft model making pastime the archive was able to gather a great deal of info re Keilkraft. We received helpful info in emails from Dudley Webster and Derrick Scott but most significantly Janet Penn was able to contact Derryk Keil grandson of Edward Keil Snr and nephew of ‘Eddie’ Keil. Derryk has sent the following information:

Also on the Electric Flight’ web site from Canada we discovered this interesting pen potrait of ‘Eddie’ Keil from Bruce Hodgins of Ottowa:

In conclusion we can assume that long-term Canvey resident, Edward Keil Snr, a very talented maker of reproduction furniture, established his family firm in Hackney. E. London but it was his son ‘Eddie’ who was the driving force to introduce the balsawood aero-modelling concept into the business. This was marketed under the KeilKraft brand name and soon became a success in the early post-war years. Edward Keil would have been able to participate in this but died in 1949. The 1950s saw the soaring success of KeilKraft in full flight when nearly every schoolboy (my ham-fisted self included) must have at least attempted to build a KeilKraft Kit. By this time the company had re-located to Wickford, Essex (not too far from Canvey) and in the 50s extended it’s range into model boats under the ‘K K Eezebilt’ banner. Eventually the company moved to Lancing in Sussex (we do not know the date). Unfortunately Eddie Keil died as the result of an accident on the A 127 in 1968, however it appears that the KeilKraft brand remained in production throughout the 1970s and quite a few kits are available on E.Bay today! 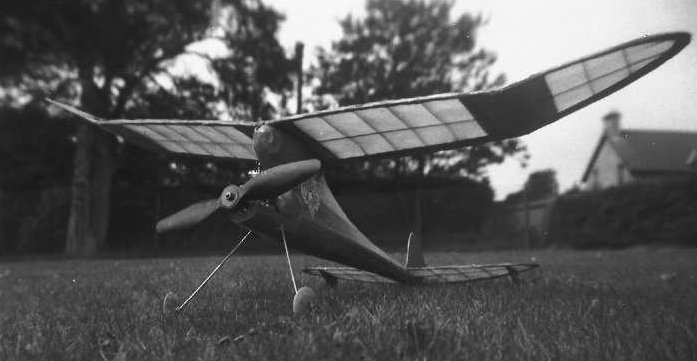 The Keil Family’s Legacy Lives on and what of the mystery of the ‘Coronation Chairs’, were there two or three and were they taken across the globe or did one at least stay in the U.K????

Many thanks to all those who have contributed to this story and we look forward to any further comments concerning the Keil family and KeilKraft. 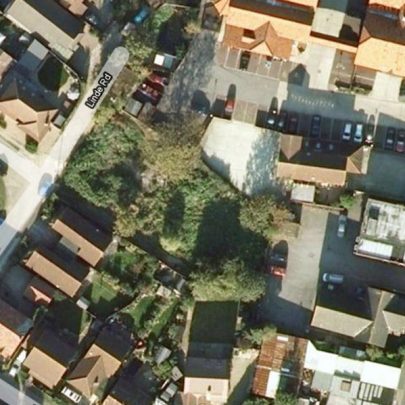 Aerial view of the former Thisselt Lodge site butting onto the south perimeter of the Oysterfleet Hotel car park.
Google 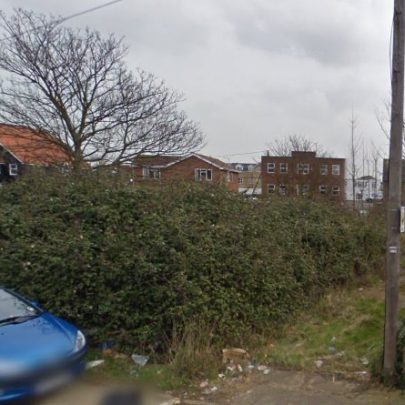 The overgrown site looking east, locals say that there are two concrete 'rafts' under the brambles(unknown if they are original or more recent).
Google