Yet again the train does not arrive on Canvey 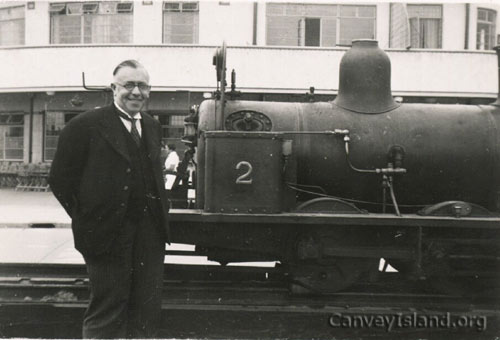 A new attraction across the road from the Monico and the Casino were two steam engines. These Alexander Beaumont bought from Poplar Gas Works, they had been used at the gas works to transport coke across the site. Mr Beaumont’s idea was to run a narrow gauge railway line along the length of the seafront from the Monico to Seaview Road with visitors being able to get on and off all along the seafront. 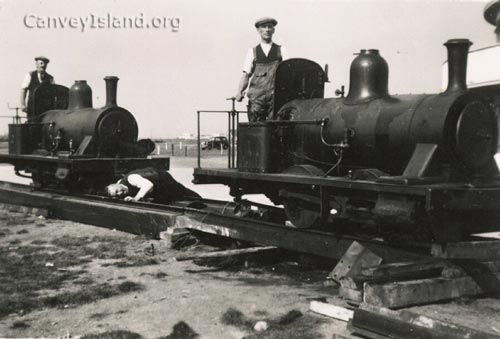 The Casino Trains that were originally from Poplar Gas Works

The trains were in place and the rail about to be laid when Mr Beaumont applied to the Council for permission for this latest venture. The Council decided that at each junction where the train met a road (ie May Avenue, Maurice Road etc) there would have to be a manned crossing at all times the trains were in operation. 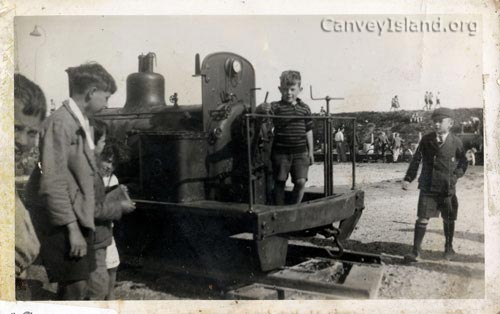 Dave Bullock’s uncle on one of the Trains in 1937

This made the project so uneconomical that the plan was abandoned and left sited for visitors to climb on. During the war they were dismantled for the war effort.