Fred Dibnah and that chimney 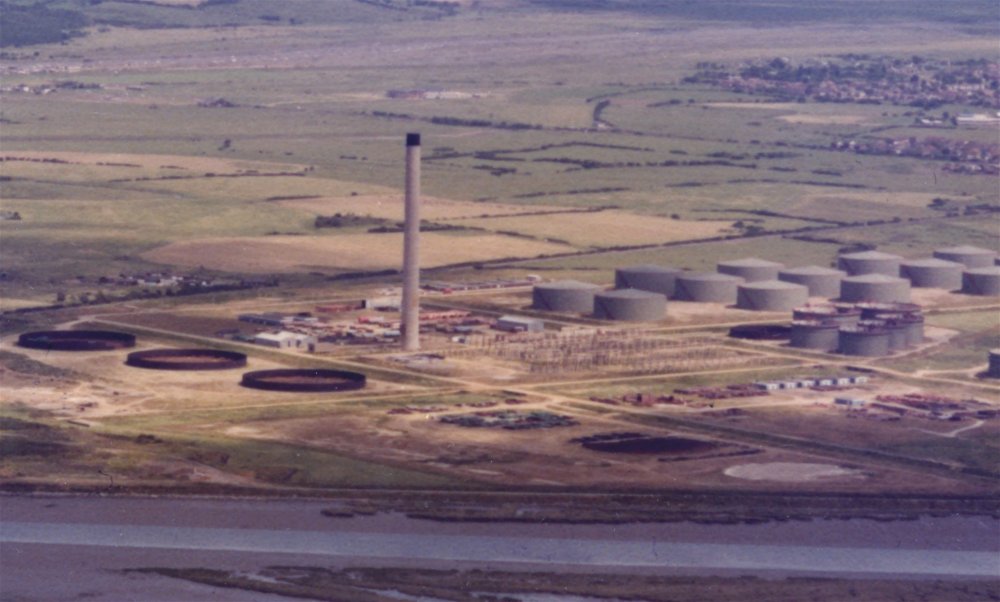 Aerial photo of the unused oil refinery with the concrete chimney

Back in the 70’s a refinery was partially built at the west end of the Island. It was never finished, thanks to the campaigners on the Island and the changing face of energy at that time. The Occidental site with its chimney and tanks became derelict. Eventually Safeways the Supermarket bought up that land to build a new supermarket and retail park. Part of the arrangement was for Safeways to demolish the tanks and the very large chimney on the site. (The area is now owned by Morrisons)

In September 1997, Safeways approached the Steeplejack and television personality, Fred Dibnah, to take on the job of bringing down the unused 450ft concrete chimney. One of the stories he used for his ‘talks’ around the country was called ‘The Canvey Island Chimney Disaster’. When Safeways first contacted him he said ‘Where is it?’, ‘Canvey Island’ they said. Fred thought where the bloody hell is that, somewhere a long way from Lancashire. It was arranged for him to travel down to take a look. 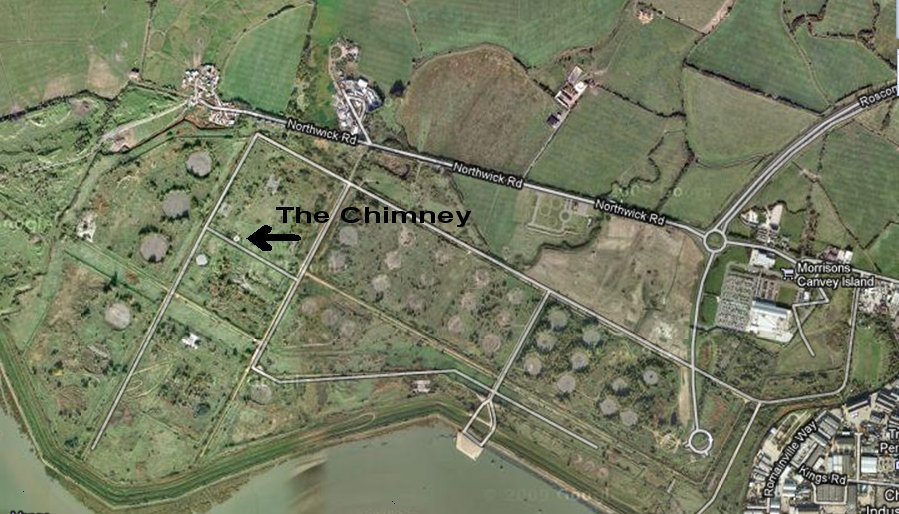 Aerial map of the site showing Morrisons on the right and the small white circle arrowed where the chimney stood. The site of the tanks can clearly be seen

Fred had never been to Canvey Island in his life. He could see the oil refinery whilst he was still some way off then he saw “a very large thing sticking up and I’m thinking to myself, I hope to god it’s not that”. But it was ‘the 450ft high pile of concrete’ as he called it. On the visit he met up with ‘Rodney and his mates’ calculations were made. Discussions about how heavy it was and how many pit props would be needed. The wall of the chimney was only 11 inches thick compared to brick chimneys of 8 or 9 feet, the diameter was 35 feet, according to Fred, the weight was thought to be 2,500 tons. The main contractor a Mr Scudder was there, apparently he was very jealous, he wanted to ‘blow the arse out of it’ as Fred nicely put it. This was to be the first time Fred Dibnah’s demolition technique, of pit props and fire (without any explosives) was being used on a concrete chimney. It was also the tallest chimney he had ever attempted to fell.

After the initial visit Fred went back to Bolton, mulling over ways and means of toppling the chimney. He had to cut a big slot on the bottom and prop it up with pit props. He came up with a three wheeled trolley with a steel saw that was mounted horizontally. The blade was 2 foot in diameter with a diamond tip. There was reinforcing in the chimney and the chimney stood on a pill of concrete 16 feet bigger in diameter than the chimney. There was an 8ft pavement and at the front in the direction of the proposed fall was a big hole which is thought to be where a dumper truck would have been driven in. The idea was to run the trolley round the bottom of the chimney cutting through to the reinforcing bars 2 ½ inches from the surface. They managed to cut five feet per day. The pit props arrived, they were telegraph poles. Then he brought in big bertha, which was a big drill like ones seen used digging in the roads. This was used horizontally after being modified, taking four men to use it to smash holes 7inches into the concrete. These were filled with the pit props.

Fred said they had built a ‘great bandstand as big as a theatre. Corrugated iron roof, staircases, handrails, kicking boards fully seated and everything for the civic dignitaries of Canvey Island.’ The demolition was due to take place on the 18th September.

They had been working on the chimney for three weeks when on the morning of the 17th September things started to go wrong. They had started cutting the tendons that run up the chimney ready for the climax at 2pm the following day. Then all of a sudden there was a boom and a large piece flew off the side, then another boom and another piece flew off. Panic set it and they all ran for it, but the chimney did not fall over, it fell straight down for 40 feet then stopped. The air pressure built up and blew the lid off the top. 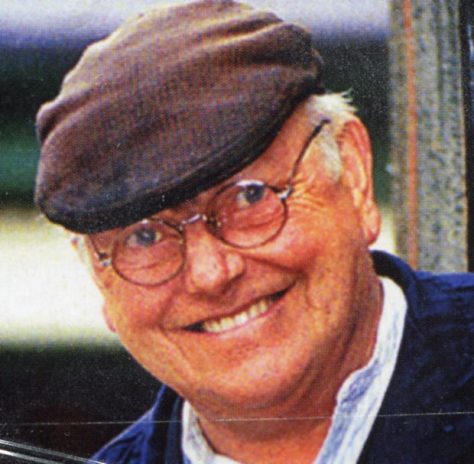 It looked at first as if it was going to stop there and Fred had visions of Mr Scudder getting all the glory having to take over and blowing it up. But slowly it started to fall over remarkably just as planned right down the middle of the oil drums they had laid out. As Fred said ‘only thing wrong it were a day early’.

Fortunately no one was injured and Fred still got paid the £12,000 fee, Safeways got rid of their chimney and some of their staff were later presented with brass paper weights (made from material salvaged from the chimney) stamped “The Great Canvey Island Chimney Disaster 1997”.