We recently found these photos for sale on eBay.  We contacted the seller to see if we could use the photos on the Archive site and she agreed. Jean also gave us a little history into the photos ‘ origins.

The history to these photos is that my husband was a senior officer at the Canvey Island U.D.C. at the time and had the responsibility of making arrangements for the Official Opening Ceremony of the Sewage Works which took place on 6th June, 1967, which arrangements also included an Official Visit to the adjoining Methane Terminal. The Opening Ceremony was conducted by Viscount Simon, Chairman of the PLA.

As my husband had personal contact with the Gas Pipeline Survey Team at the Methane Terminal, whose job it was to survey all the major gas pipelines from their helicopter, he asked them to take some aerial photos of the sewage works from different angles for publication in the official brochure and the photos that you see on eBay are the result.

If you are interested in buying some of these photos you can see them here on eBay. 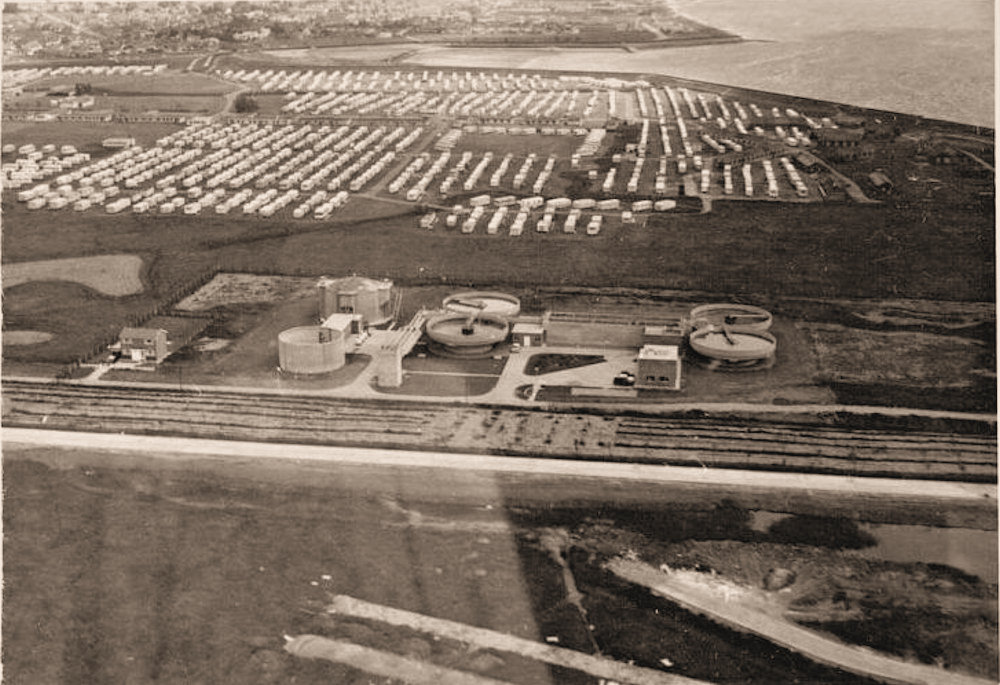 Looking east over Thorney Bay and beyond. You can still see parts of the old army camp to the right next to the seawall. 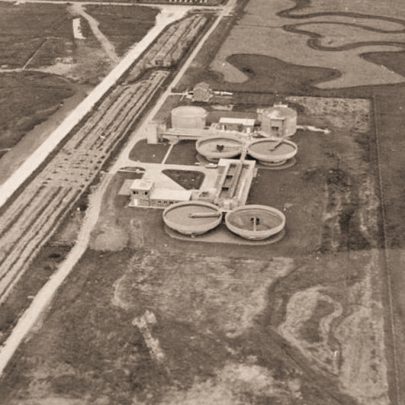 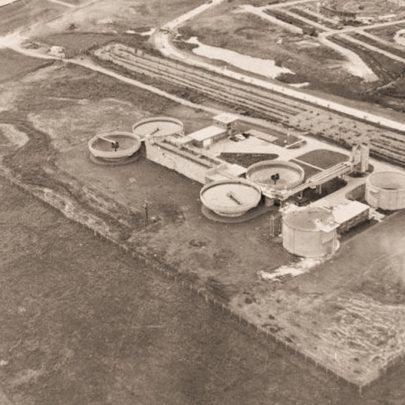 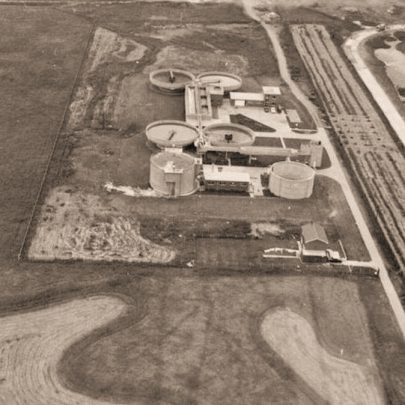 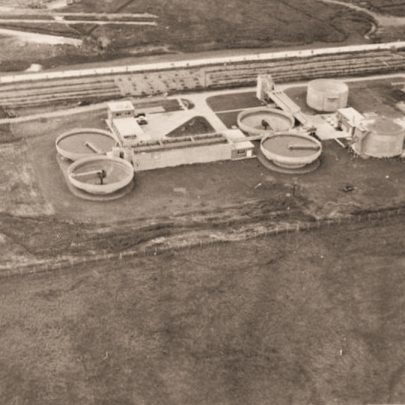 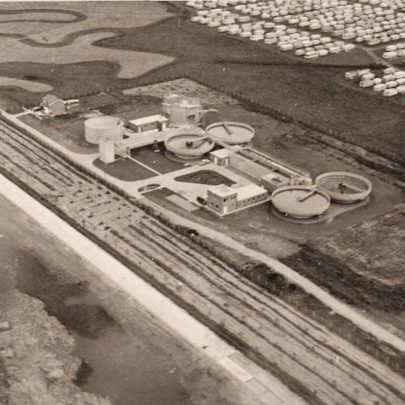 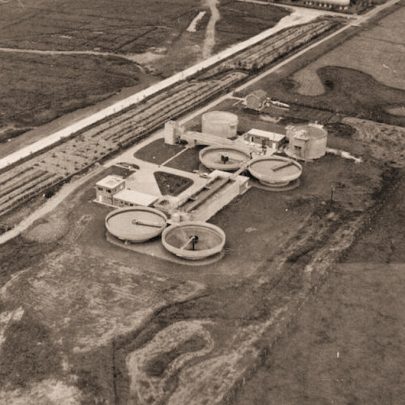 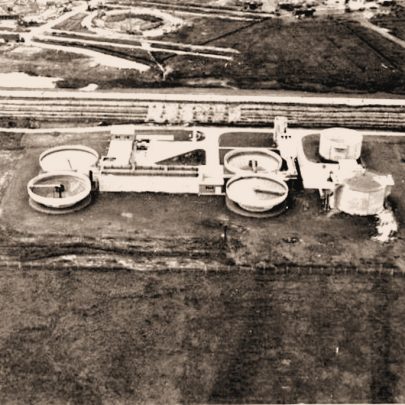