Sent in by Christine Anderson

Good Morning, I live in Tahmoor near Sydney and now 71 years old.

As children we often visited Canvey Island and stayed there before migrating in September 1960.  There were two families, Chapman and Juby. We regularly helped at the pony rides as volunteers so we could pay less for riding. 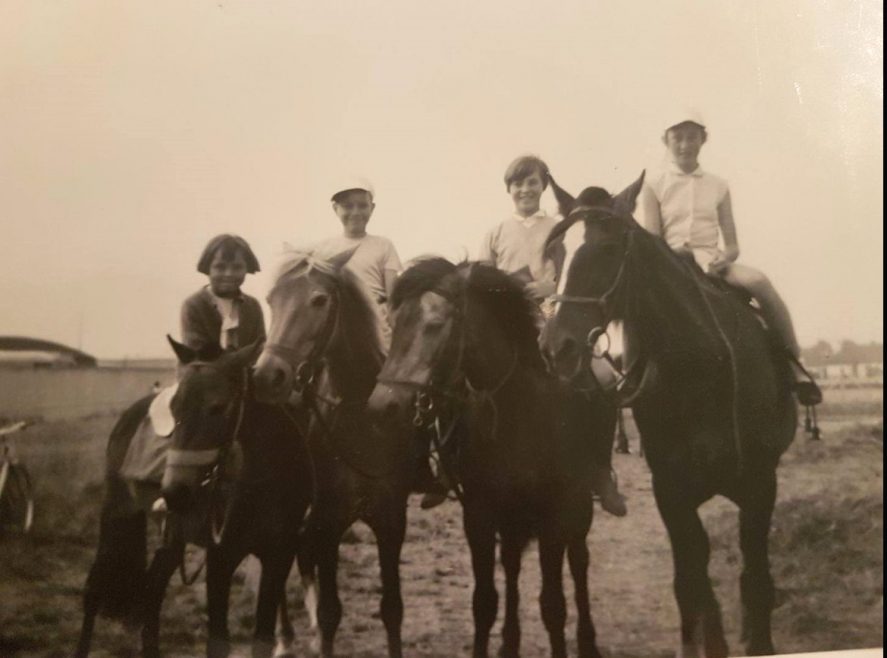 The photo shows Gillian Chapman, Geoff Chapman (riding Whitman), Christine Chapman (me) and Vivien Juby (cousin). Thought you may like to use the photo as there never seems to be many of the pony photos. Think the little pony may have been Merrylegs. I think the ponies should be easy to identify and were well known on the island for many years. We also loved the casino but cannot find the photos.

Gordon, a local lad, had a very close bond with Whitman and she seemed to have a genuine love for this school boy which was wonderful to witness.