George Brown lived in a houseboat in Smallgains Creek. Could the following survey be the houseboat where George lived with his parents and sister June? The photos were taken between 1948 and mid 1950s when the creek was dammed.

According to a survey of houseboats dated 1948 there was a houseboat in Smallgains Creek by the name of Endeavour it was owned by a Mr Brown stated as owner/occupier. It was a converted barge with low timber superstructure. 75 feet x 15 feet. It arrived approximately May 1948 apparently removed from Leigh as stated in the remarks. There was also one called The Moorings which was a converted vessel with timber superstructure 20 feet x 60 feet and the owner/occupier was Mr F.J.Brown. It arrived at the mooring in August 1948.

Photo of an old barge used on the Thames

It is highly likely this is the one. It is very like the photo left of an old barge on the Thames. So definitely a barge.

These great photos have been lent to us by Keith Hewer. 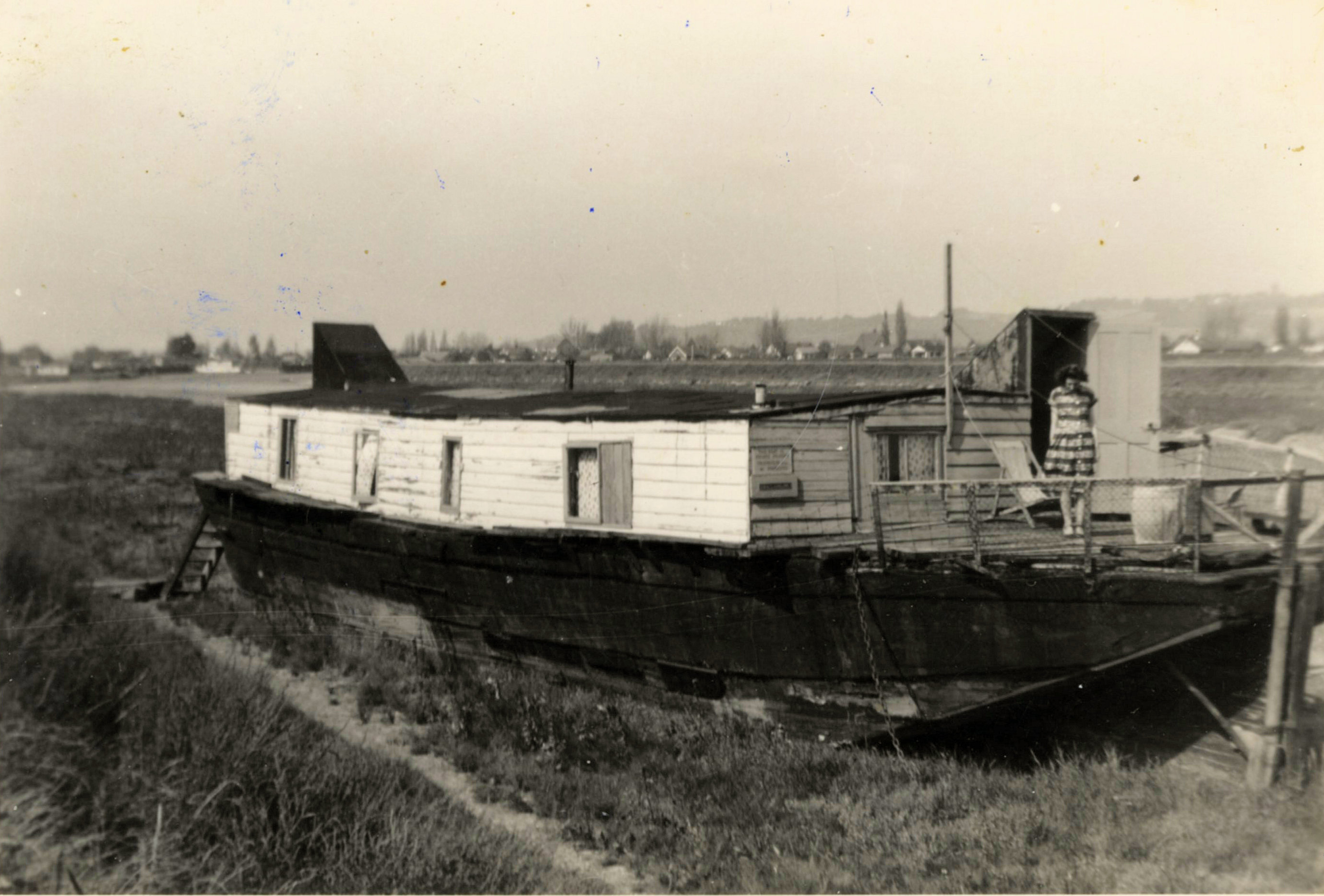 The barge in Smallgains Creek with June aboard. Newlands area can be seen in the distance. See enlargement below 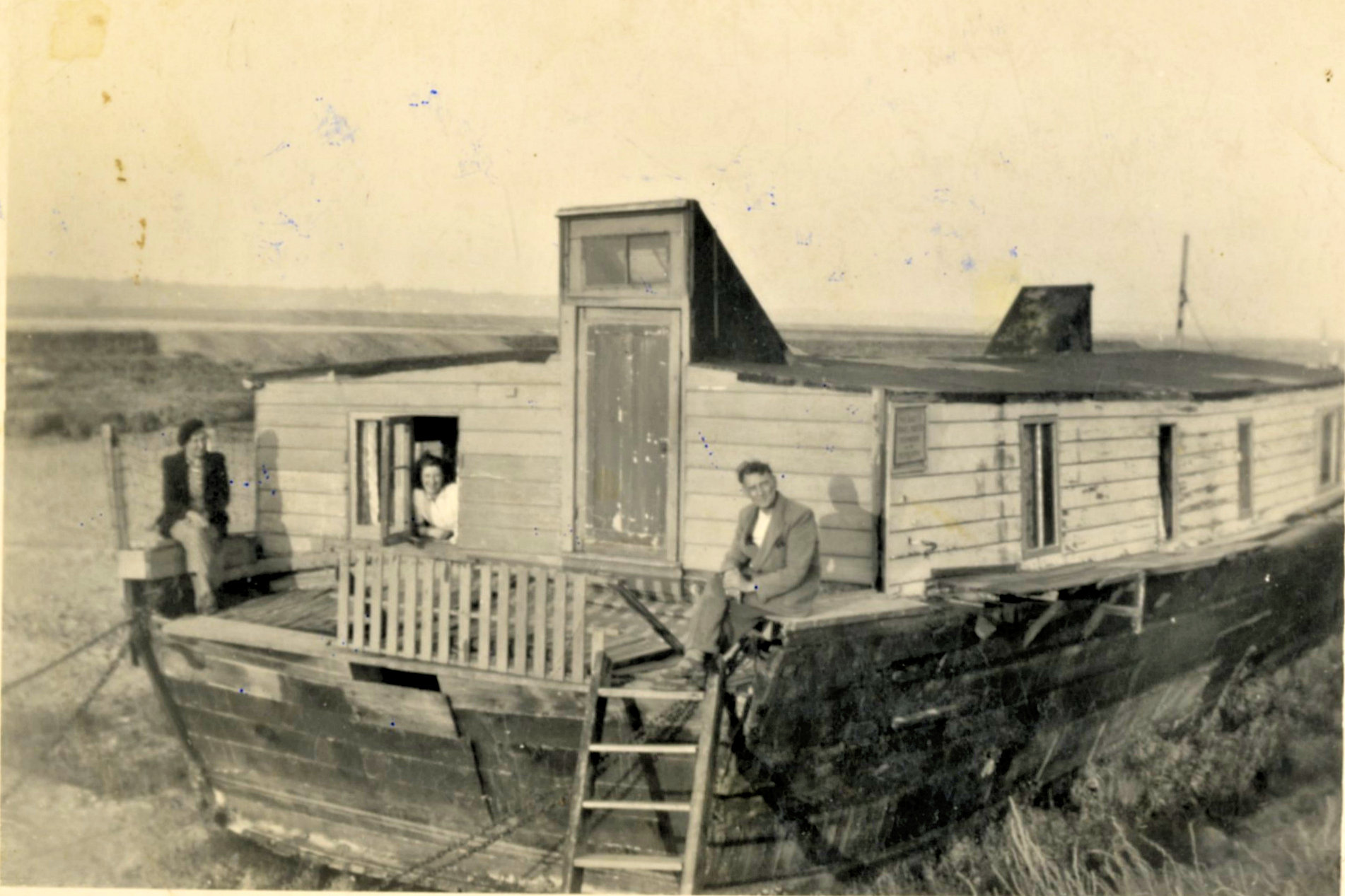 Another view with George’s parents and sister June.

An enlargement from the photo above

An enlargement from one of the photos in the gallery showing the Newlands area. 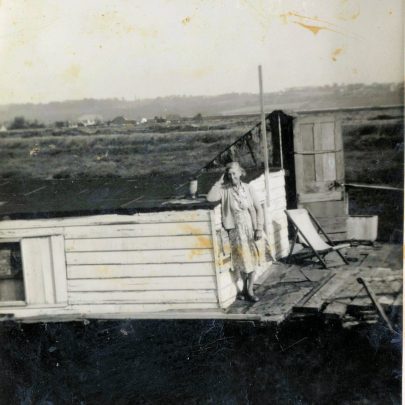 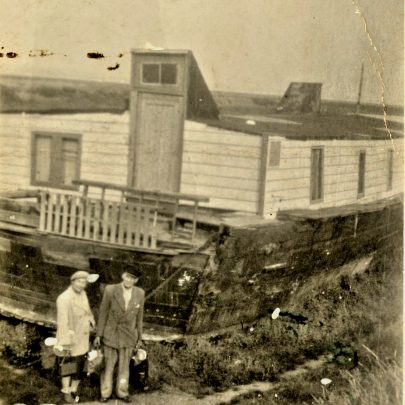 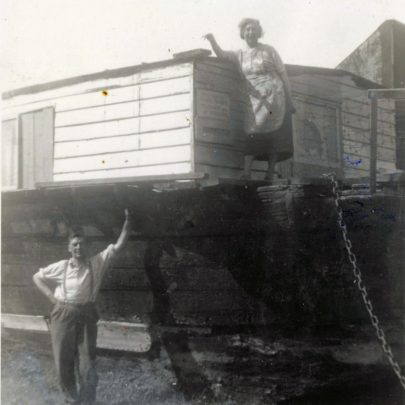