Some more pictures from George Smith. This time his parents bungalow called ‘Francesca’ in Ormsby Road. See all the wide open space behind the bungalow. That is where Charfleets Industrial Estate now stands. 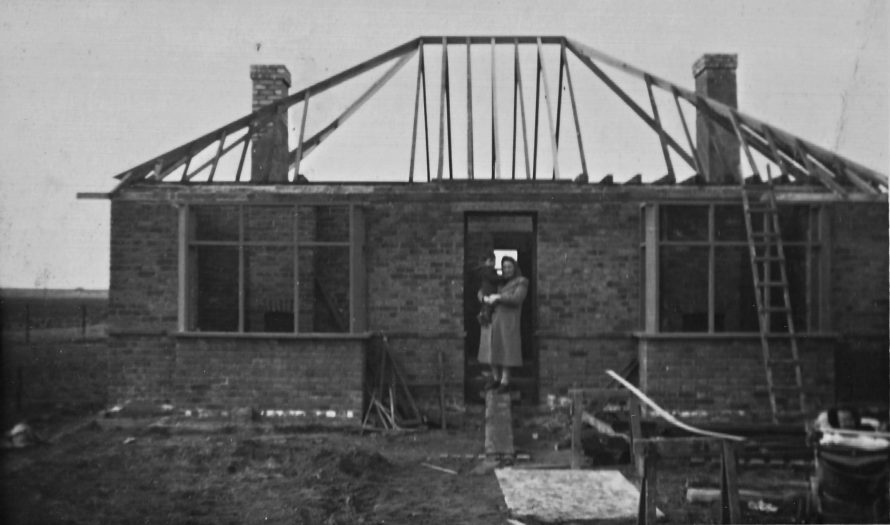 This bungalow on the corner of Coker and Ormsby was called ‘Francesca’ and was built by George Smith’s father and was finished in 1949. In the doorway is George’s mother Frances who the bungalow was named after. 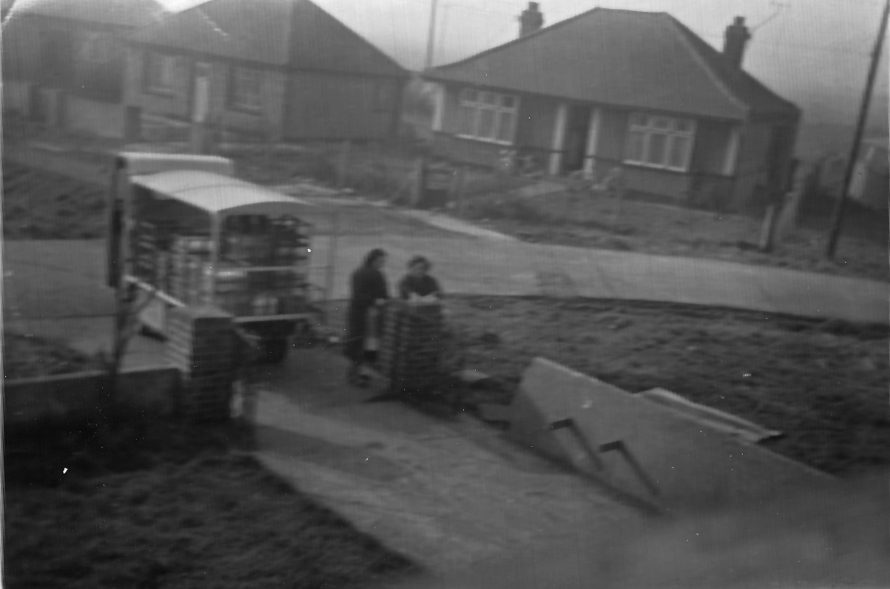 This picture of the bungalow (far right) was taken about 1960 from across the road in the driveway of the Blainey’s. Talking by the milk float is Frances Smith and Mrs Blainey. 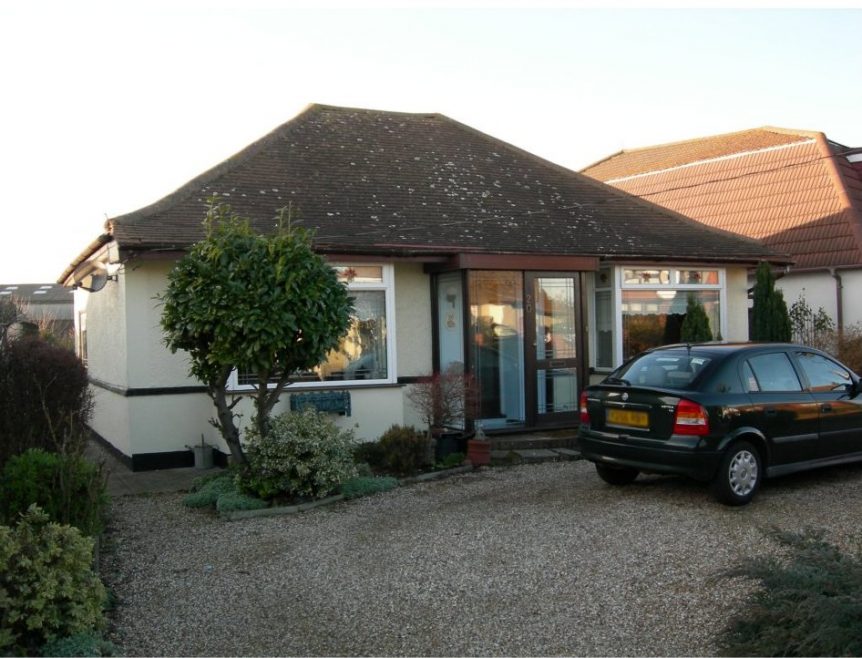 The same bungalow 2010. We took George on a short trip down memory lane or rather Ormsby Road.

The last two pictures in the gallery show George’s parents and a son outside their property in Parkway which they rented until ‘Francesca’ was finished. 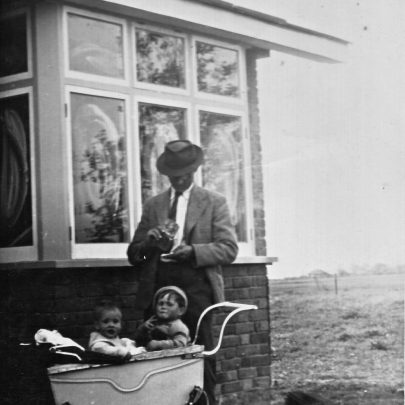 George and his brother Eddie with their father outside the nearly finished bungalow.
G Smith 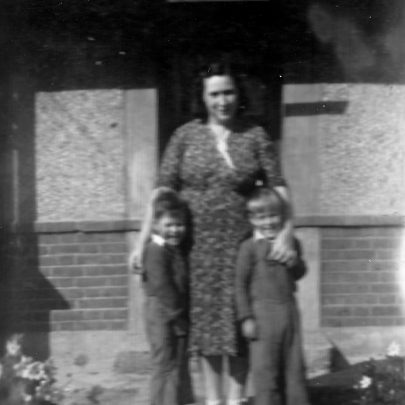 This picture was taken on the 16 September 1951 at the door of 'Francesca'. George is with his mother Frances and brother Eddie.
G Smith 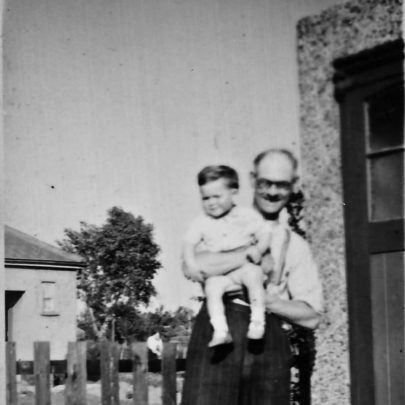 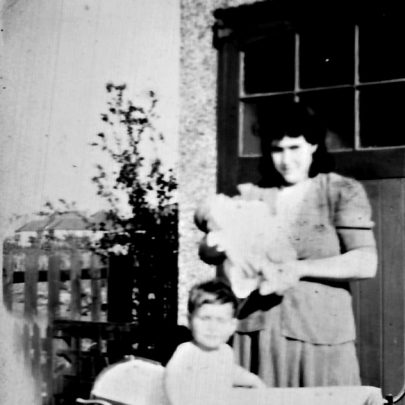