We lived on the corner of Coker/Ormsby road, off Haven road. My dad, a builder had built our bungalow about 3 foot above ground level. (he must have known something was going to happen!) Anyway, i woke up in the night, and went to my bedroom window to see water everywhere, instead of the fields that surrounded our bungalow. 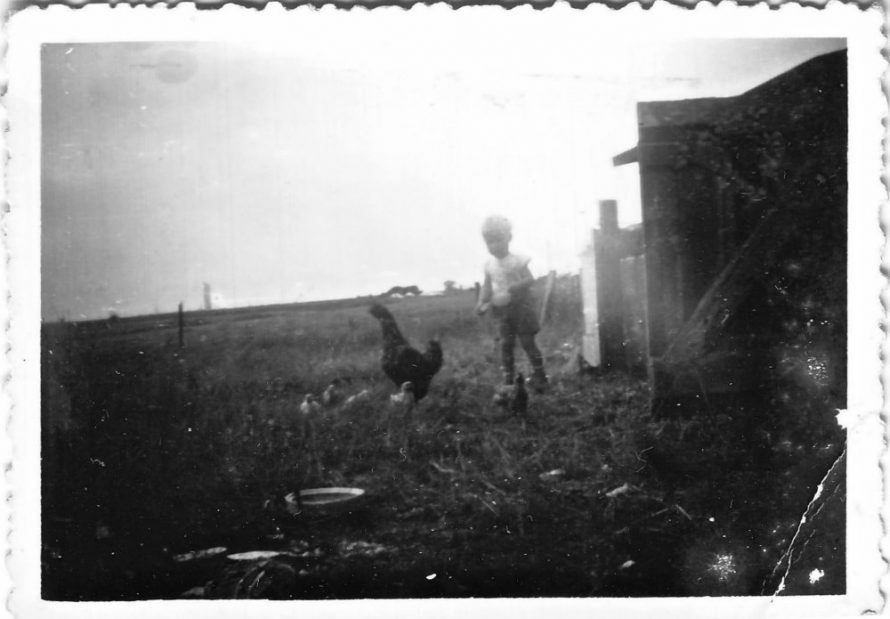 The garden of their home surrounded by fields

Not understanding why this should be, and ran to my mum and dads bedroom, shouting that there’s all water outside my bedroom, begrudgingly, mum and dad got up and we all looked out of their bedroom window. All water there too!

We woke my younger brother Eddy and all went to the kitchen and made a cup of tea, while dad got on the phone (I was surprised that the phone was still working). Dad said if we were quick, Farmer Jock Norris would take us to Benfleet on his lorry. I would be 6 in two weeks time, Eddy was 4. Mum was pregnant with my youngest brother Bobby, to be born in July.

We had loads of rabbits and chickens up the garden, all were lost except one pregnant rabbit that dad had to go and rescue, and we took with us.

So there we were, carrying all we could with us, up to the top of the road where true to his word was Jock Norris and his family, and a few others, we all jumped up on the back of the lorry which proceeded to make it’s way cautiously to Benfleet station. 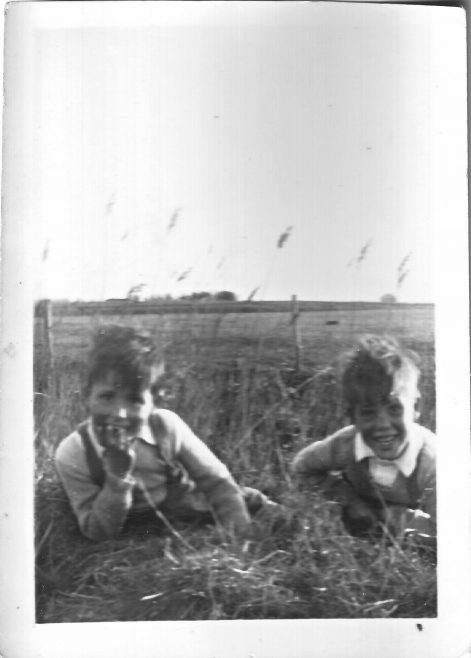 George and his brother in their garden

All very exciting for an almost 6 year old boy, although I didn’t realise the devastation, death and misery that had happened, until later.

We went up to London to stay with my mums mother for about a month, I even had to go to school there. And the rabbit had her youngsters while we were in London.

I too remember the parcels of sultanas etc. that we got when we returned to Primary school on Long road. Also I still remember the garishly patterned carpet that we were given. In general, my memories of the Island are a bit sketchy, but that couple of months remain quite vivid to this day.