In Memory of a Great Love

Amongst the many photos and newspaper articles sent in by Jane Parkin was this article about the house in Westman Road that her grandfather, Edward Manly, was building for her grandmother Doris when he died in 1953. It was written by Derek Cooper. 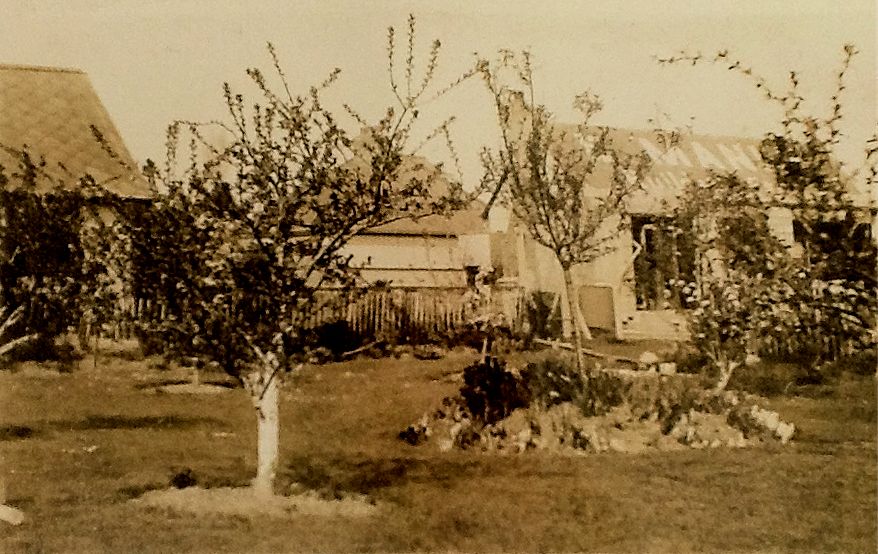 The moment Doris Manly opened the door last week I knew I had come to the right place.

You know how the atmosphere strikes you as soon as you walk into a strange house—happy or lonely, or even a little frightening. Well, the atmosphere that struck me as I stepped into the hall of Doris’s home in Westman Road, Canvey Island, Essex, was one of great achievement. And no wonder. For Doris was hanging up curtains and putting the finishing touches to the dream home which she and her husband began 25 years ago. I am proud to tell the story of those years. It is an inspiration in an era when most people expect a quick return for little effort. I am only sorry that Ted Manly is not here to read it.

He was so thrilled that day in 1924 when he drove with his bride in a horse-drawn landau from St. Catherine’s Church, Canvey Island, to their new home. It was only a wooden hut 30 ft. by 12 ft.—but to Doris, an orphan who had never had a home of her own, it was marvellous. Besides, Ted, who ran a one-man building firm, had promised to build her a real home one day. But those were hard times and money was scarce. It got even scarcer when Doris had her two children. 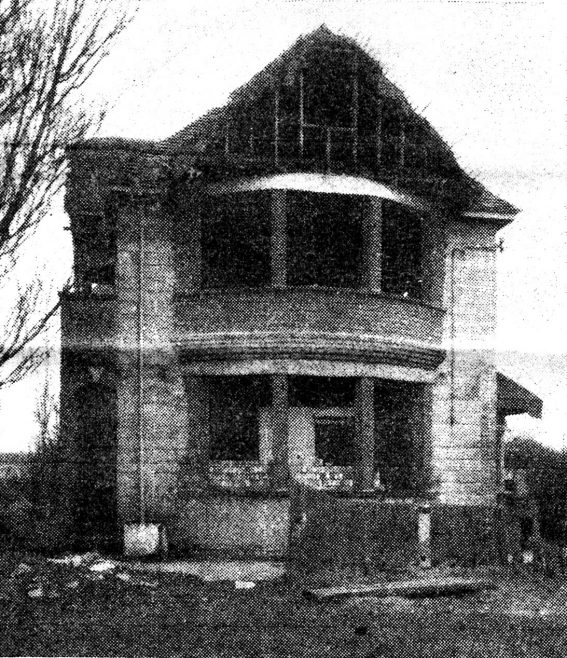 The building as it was in 1953 when Ted died. You can just about make out the old bungalow inside

And although she was quite happy cooking on oil stoves, and although she didn’t mind Ted using one of their three rooms as a workshop, the years slipped by. The trouble was that Ted could not afford to buy a new a plot of land. Nor could he afford to move into digs while he built on his own plot. So in 1934 he decided on the amazing idea of build­ing his house AROUND the little bungalow. As he didn’t have enough money to buy the bricks he made a substitute, huge pre-cast concrete blocks six at a time. Then he got to work.

During the day he built houses for other people—£130 bungalows. In the long summer even­ings he dug the foundations of his dream home. Then the little bungalow be­gan to disappear behind the blocks of stone. “I used to tell him to take it easy and relax,” Doris told me, ” but he wouldn’t. “If there were a few hours before dark he would work on the house saying: ‘I’ve got to do it while I can, love.’

“There were many drawbacks living in the hut inside the house, especially when the walls began to grow, “It always seemed to get dark earlier. But it was certainly very snug in winter.” As the house grew above first-floor level, the going got tougher. Ted couldn’t afford scaffold­ing, so he carried the blocks up a ladder one by one—and they weighed at least 28 lb.

Then the war came. Ted joined an oil company. The house had to wait. After the war he carried on, despite two bouts of rheumatic fever. “The illness slowed Ted down, but it didn’t stop him,” Doris told me. “Besides, he wouldn’t rush things. Everything had to be just right.”

By 1953 the walls of the house and most of the roof were complete. The second floor was built and most of the upstairs rooms. Ted was almost ready to tear down the old wooden hut inside.

Then he went down with rheumatic fever again. A doctor said he must not be moved from the hut. But there was no option when the great floods hit the Island. Ted had to be moved as the rising waters approached. Nine weeks later he died. And his last words were ” I’ll never I be able to finish the roof, Doris.”

Doris Manly was stunned. For two years she wandered about the shell of the house which covered her bungalow. How could she afford to complete it on her widow’s pen­sion? “I was offered a good price (for the house as it stood without doors or windows, and still with the hut inside,” she told me. “I was tempted. But to have given up the struggle would have meant denying everything Ted ever hoped for.” In the end, with the help of her son, Doris obtained a loan from the local council. A firm of local builders took over where Ted left off. 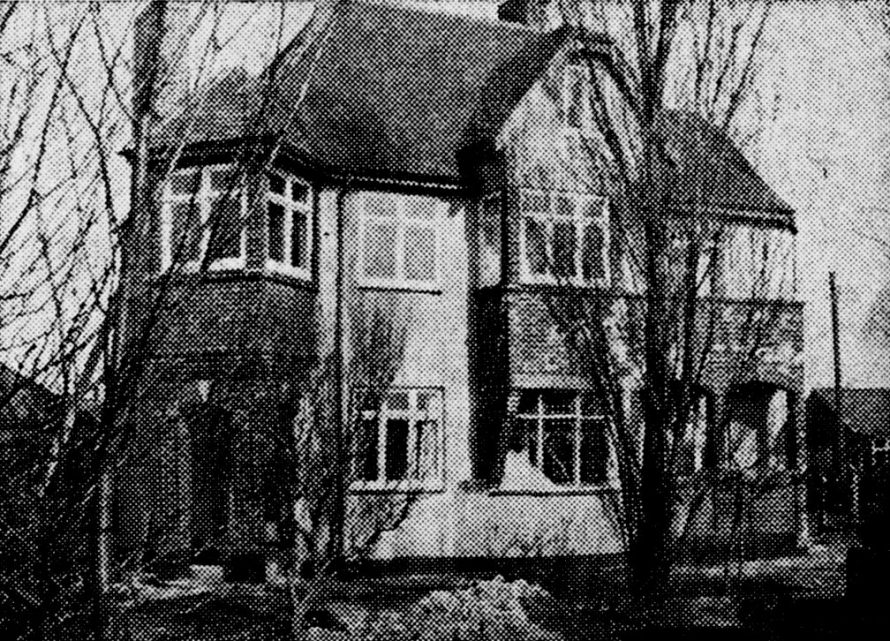 The finished building in 1959

Doris stayed with a friend while the bungalow was torn down and last year the builders’ work was done. The furnishing and finishing of the interior Doris has just completed at her leisure. Now it would grace any road in the country. It has an 18-ft-wide dining room, and a lounge of equal proportions. The huge chimney-piece, a massive red-brick edifice that Ted built, is 12 ft. long and 7 ft. high, with an open hearth. There is a big hall, three spacious bedrooms, and a huge bathroom. But it is not the grandeur of the place that endears it to grey-haired Doris Manly. “There’s a memory and a little bit of Ted in every brick,” she told me. “That was worth waiting for.”

We have added earlier photos and in the gallery below are some taken of the house as it is today. 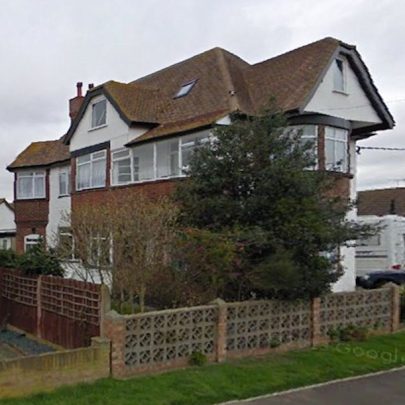 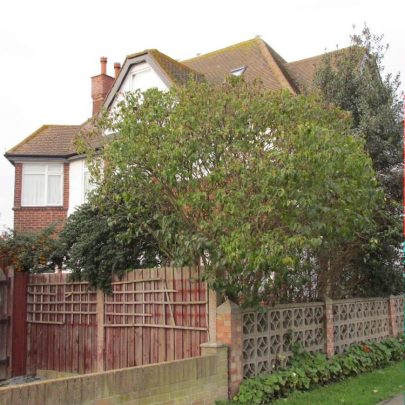 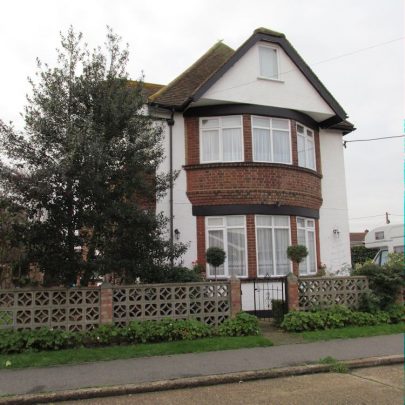 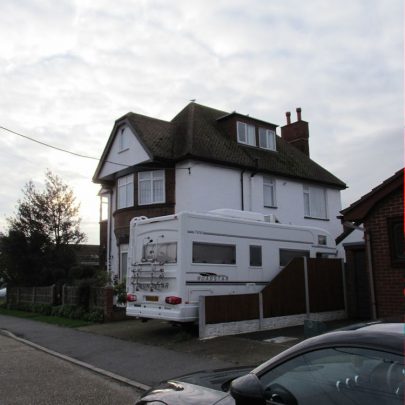