And the Beach House Connection 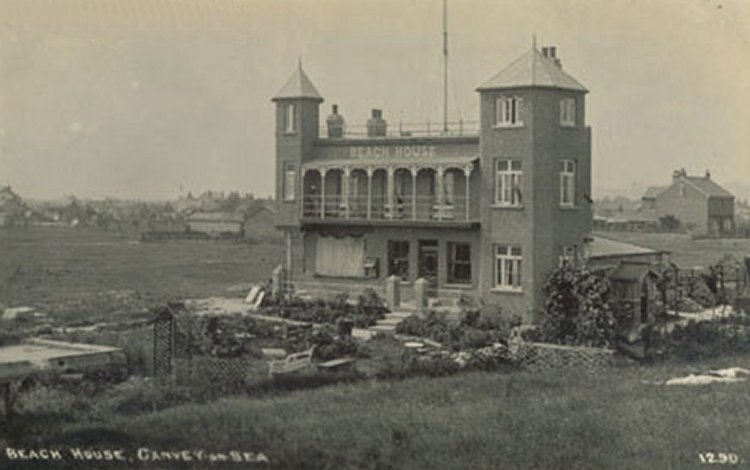 Early postcard of the Beach House

Henry Humberstone was born in Stepney in 1857, the son of George and Sarah. Henry followed his father’s occupation as a Cooper later to be a Manager to a Wine Merchant. He married his wife Jane Beach in 1880 and they had at least seven children, Rose, George, Lillian, Sydney, May, Arthur and Harold. His first connection to Canvey comes in the 1900s with records deposited with Essex Record Office.

1910 Memorandum regarding the building of a boat house to Henry then of 184 Brookscroft Road, Walthamstow cork cutter. 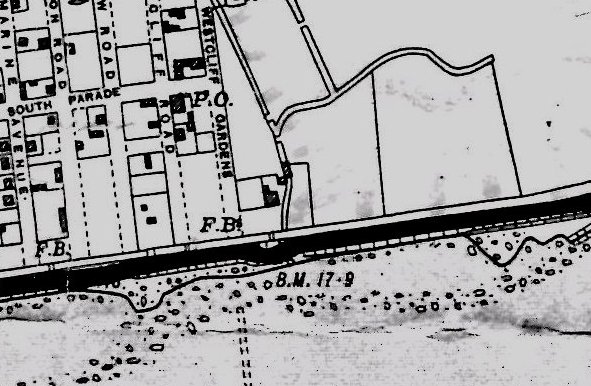 So Henry was living in London until at least 1910 but already delving into the building boom happening on Canvey. He was still in Walthamstow for the 1911 census.

Perhaps it was the death of his wife in 1909 that made Henry decide to move to Canvey for good.

By 1918 the family were living on Canvey. In the 1918 Electoral Roll Henry was living at Rosemia/Roserna, Winter Gardens along with his son Sydney, his eldest son and daughter, Rose and George were living in the Beach House.

Does anyone know when Beach House was built? I suspect it might have been one of Hester’s creations or was it built by Henry? Could the house where Henry in 1911 was building an addition to his house at seawall, Leigh Beck be the Beach House? When researching the family and noting the maiden name of Henry’s wife (Beach) and the fact that she died in 1909 I wondered was the place called Beach House not because of its location but in memory of Henry’s wife! Just a thought.

Henry died in 1920 whilst living at the Beach House, probate was granted to his daughter Rose Annie. He is buried in St Katherine’s Churchyard.

His daughter Rose Annie Humberstone was a well know figure on Canvey in those early years. She is mentioned by Dowd in the Canvey Cyclopaedia as being associated with the Beach House from 1908 but I have not located where he found this information. She was definitely at the Beach House in 1918. She is mention in Kelly’s directories from 1929 -1933

In 1922 Rose applied for a licence ‘ to erect and maintain timber refreshment house on beach’. We are fortunate to have a picture of the cafe. 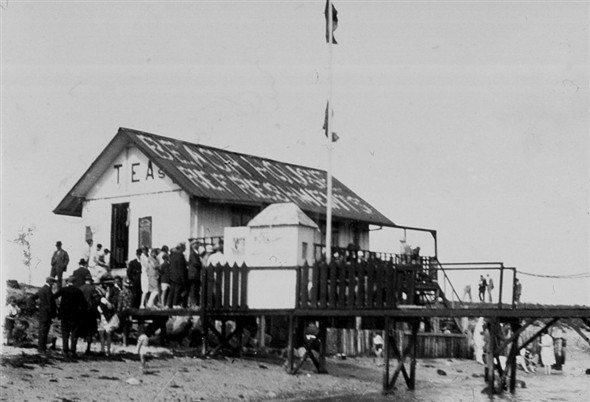 Rose’s tearoom on the beach

In 1946 and 47 she was also one of the members of the group who helped to raise the money for the War Memorial Hall. Her name appears in the program from the opening of the hall in 1953. By the time the hall opened she had retired and moved to Prittlewell. In the same year she took a trip to New York on the “SS Ryndam”. This was not the first time she had been on an ocean cruise in 1928 she went for a trip to New Zealand to visit two of her brothers, Harold and George who had emigrated out there with their families a couple of years before. Rose died in 1962 aged 80.

George Henry Humberstone moved to Canvey around 1910/11. In the 1911 census he is shown living on Canvey with his wife Sarah who he married in 1908 and their young daughter Kathleen who was born in Walthamstow in 1910. His sister May also lived with them. His occupation is stated as shopkeeper but there is no address other than Canvey Island on his census return. Where was this shop??? According to the 1918 Electoral Roll he was in the military and gave his address as the Beach House, was the shop on the premises? The family emigrated to Wellington, New Zealand aboard the ‘Ionia’ in 1923 by which time there were two more children, Joan and George. He stated his occupation to be carpenter on the travel documents. 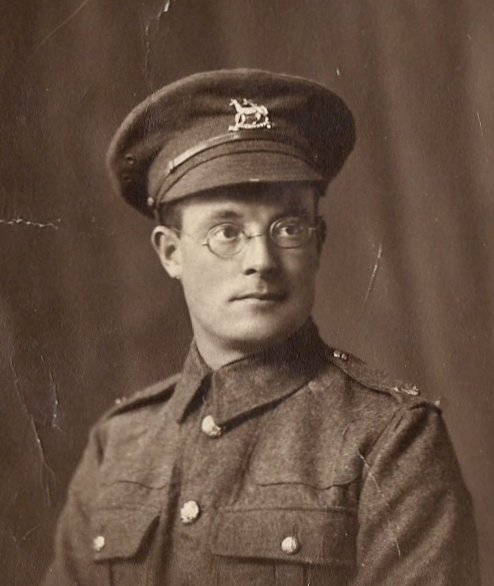 Sydney Thomas Humberstone emigrated to Canada on the “SS Parisian” in 1906 returning to England in 1915 where he lived on Canvey until he signed up in 1916 to the 13th Queens Lab. Battalion, transferring to the RE, Dock Troops in 1916. He spent most of the war in France with the Royal Engineers being demobbed in 1919.

During that time he married May Bennett and their daughter Peggy Mary was born in 1918 and Christened in St Katherine’s Church. On his army documents two addresses are listed for his wife, one is Roserna, Wintergardens, Canvey and the other 50 Weltze Road, Hammersmith. So she must have travelled between the two.

After his demob he was back on Canvey and with his family lived at the Beach House and it is from here that he wrote several letters about repatriation and assisted passage to Canada for himself and his wife and child. On one of the forms he had to fill out for this he used the names Mr Cox of the PO, Canvey and Mr Smith of Brooklyn, Canvey as referees. The family eventually arrived in Halifax, Nova Scotia late in 1919 and can be found in Mackenzie, Saskatchewan in 1923.

The youngest son Harold Bertram was also on Canvey.  He is not on the 1918 electoral roll probably because he was not quite 21. It is very likely he was there either with his father or in Beach House. He married his wife Nadine in 1923 and their daughter Rose Mary arrived soon after. She was Christened in St Katherines in Sept 1923 the family’s address was Beach House and Harold’s occupation was stated as Tradesman. In 1925 Harold followed his brother to New Zealand, the family travelling to Auckland, New Zealand aboard the “SS Tuini”.

Of the other three children, Arthur died as a toddler, Lillian we think married and lived on the mainland and of May we have found no more information.