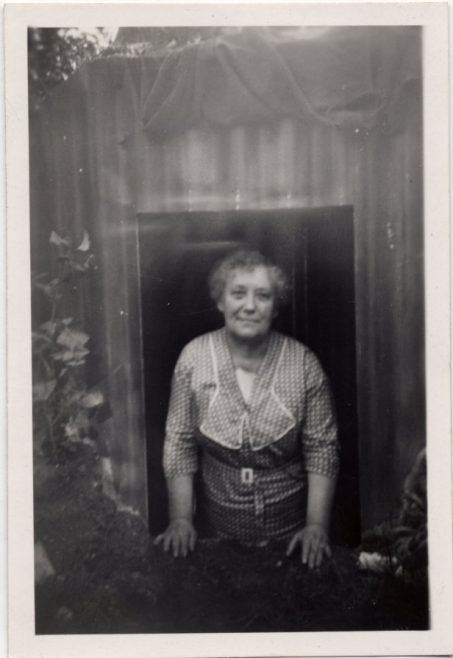 Grandmother at the entrance of an anderson shelter during the war?

I would say these are three different pictures of the grandmother of the family.

The first one she is standing in the anderson shelter which I presume would be during or after the war.

The second picture shows the lady with the mother from the family photo (her daughter or possibly daughter in law) in the garden.

The last one shows the grandmother again, with possibly their bungalow behind.

Does anyone recognise this lady? The family lived on Canvey and these photos probably are dated the late 1930s. Unfortunately no name or dates on the photos. 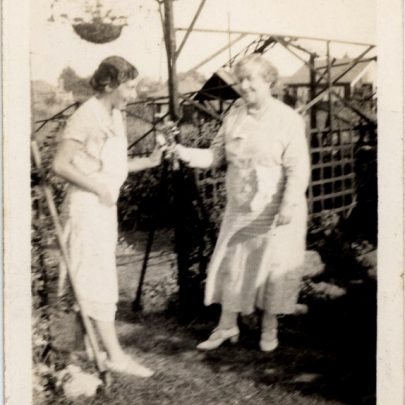 In the garden with her daughter of daughter in-law 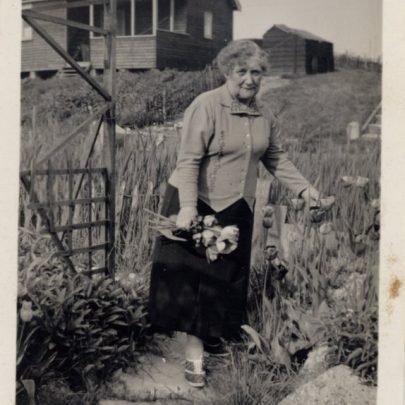 Very clear picture of the grandmother with their bungalow in the background?