Photos taken by A G Linney 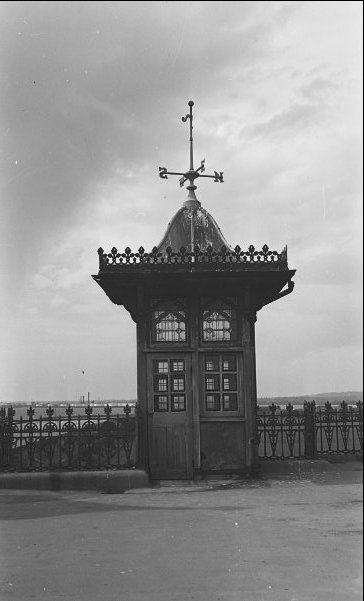 During his time roaming the Thames he took many photographs of Canvey Island these are just a few.

‘The river wall all along Canvey is a line of yellow in summer with the flowers right away from Kynoch’s Hotel, an isolated building with a curious minaret-like tower.’


Did this lead to a spiral stairway?

You can see the Coryton Oil Tanks in the distance.