You are here: HomenextPlacesnextHotels, Pubs and BarsnextLobster Smack AKA the Worlds End AKA Beckwithsnext1- Views of our oldest pubnextThe Lobster Smack

Richard Kovelant & Barbara Kovelant have kindly donated these Photographs that date from 1895.

In this Section we look at the Hole Haven area including Sluice Farm and the historical Lobster Smack Inn.

A typical view  of the Lobster Smack featured in many Post Cards, but perhaps one of the very earliest photos available taken in 1895. Across the old sea wall we can see the working boats. 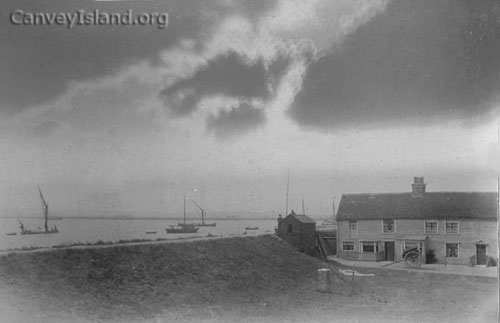 A rare shot taken from the north side of the Lobster Smack showing the wooden landing jetty and a very quiet River Thames. 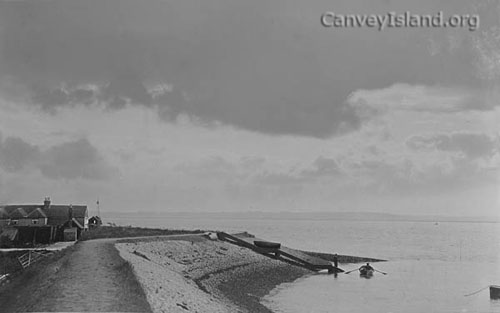 One theory is that the Photographer may have got a boat from South Benfleet to here as there were no Photographs in the album of the Dutch Cottages, Village Pump or St Katherines Church. These are very photogenic and surely would have been passed by the land route. 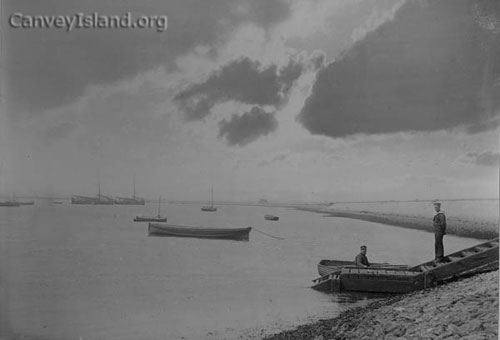 This Photo  was labelled “Cpt Jerrold RN” which gives us a glimpse into the past. Who was Captain Jerrold, Royal Navy? The Lobster Smack was a welcome retreat for sailors for many years. Just after these photos were taken a book called ‘Andromeder’ was written, based on a family living in the Lobster Smack. 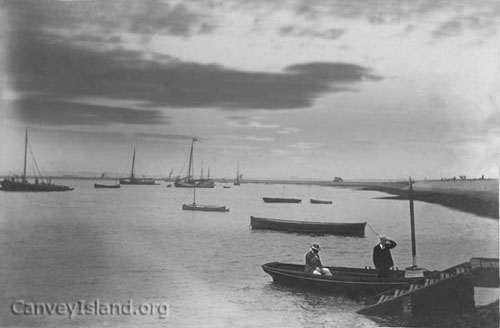 This old photograph shows ships and boats travelling up the River Thames. A Pole can be seen far right that would have marked one of the Sea Wall Groynes, possibly the large one that led up to the corner at the Lobster Smack. 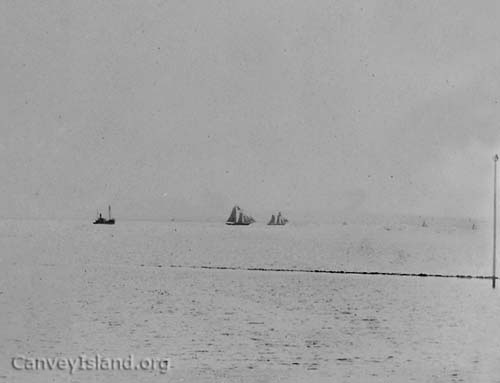 Here we are looking north where the fishing boats would have sheltered and a coast guard boat housed families before the Coast Guard Station was built next to the Lobster Smack (east). 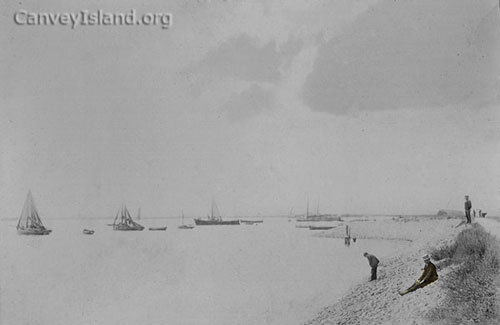 This photograph  was labelled Beckwith Farm which caused some confusion as nobody knew of such a farm on Canvey. After I matched a Photograph up with one of Sluice Farm, behind the Lobster Smack, Robert Hallmann identified the Beckwith’s as being the owners of Sluice Farm at this time. 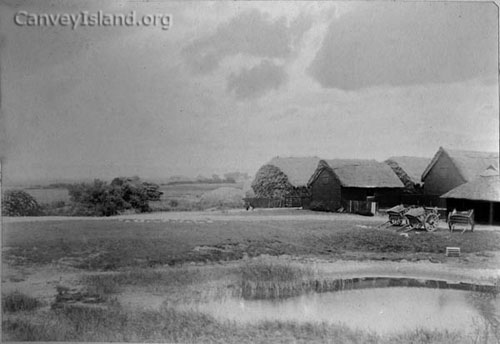 The Farm was demolished years ago but evidence of the pond can still be found.