These pictures show the repairs being done after the floods of 1953. It is believed these were taken on Canvey Island and show a road being built near the newly rebuilt seawall.

They were in an album donated by John and Eileen Potter and all notations found about the pictures have been added to the pictures. 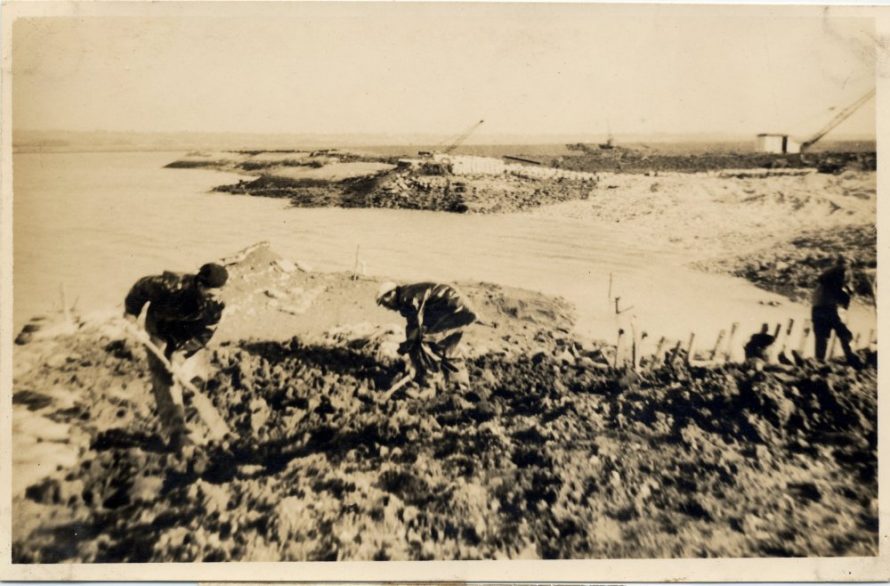 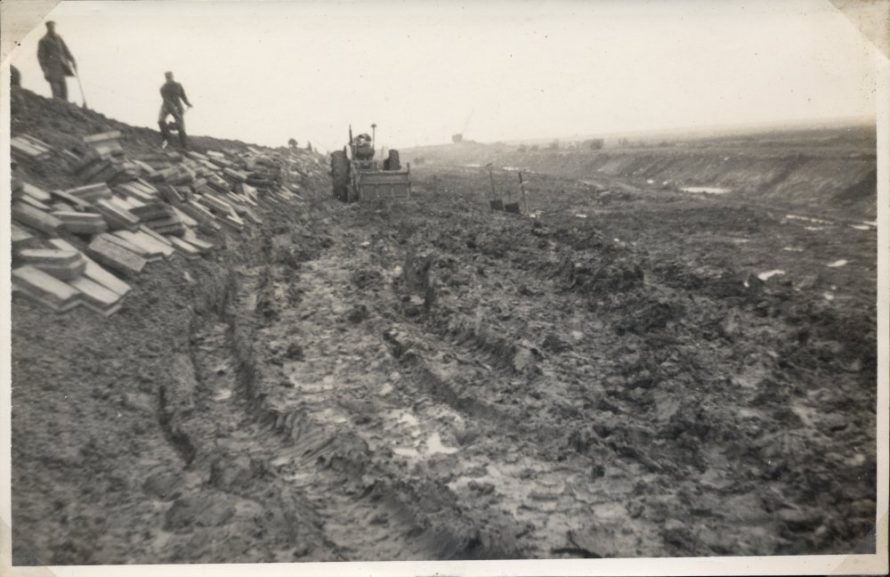 Seawall road before ‘Pectosol Stabilising’ had been put into motion 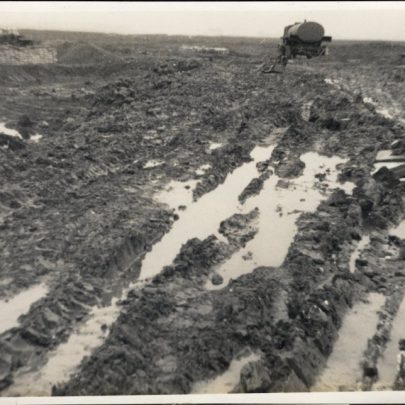 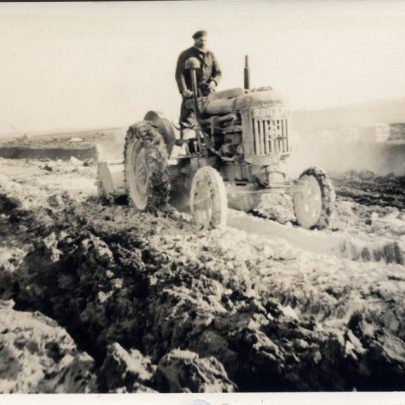 Showing Lime being added to sea wall.Lime was used to reduce moisture content and break down the heavy clay. 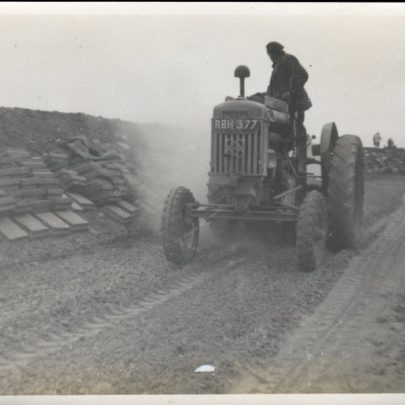 Pectosol being added to a depth of 6 inches 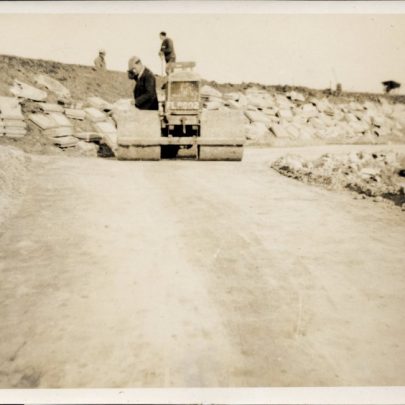 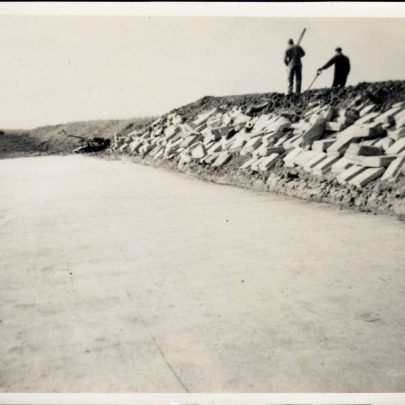 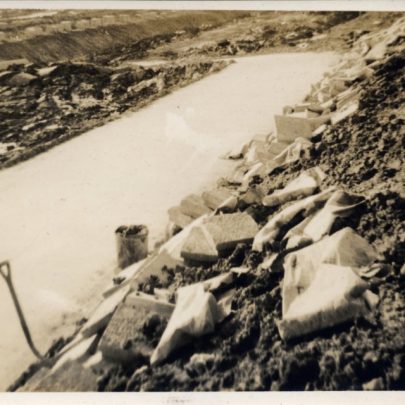 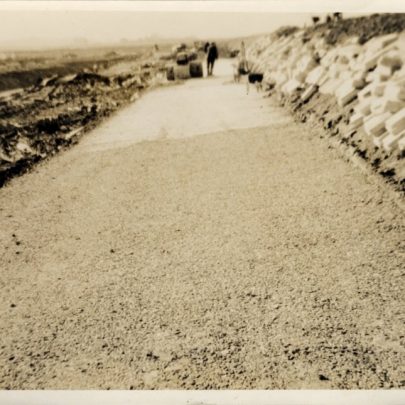 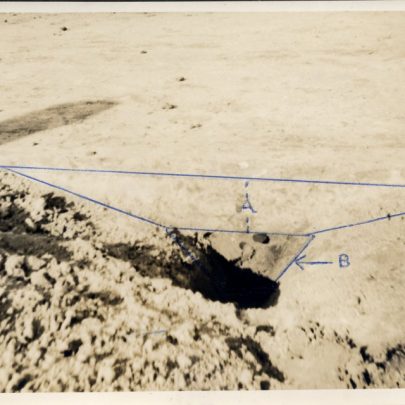