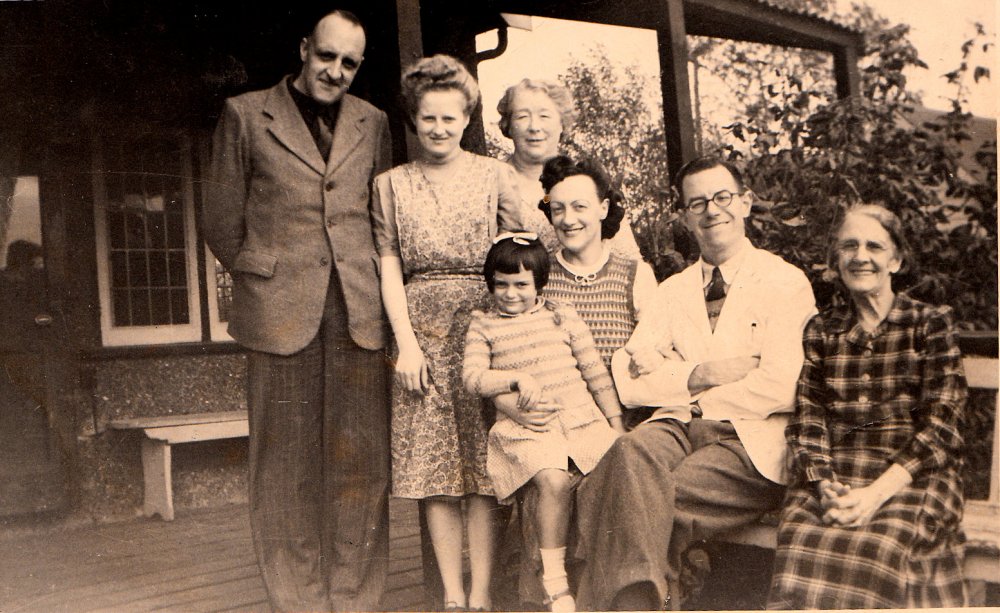 The family outside Travellers Rest in 1949

My sister Wendy and I moved in to the Travellers Rest in 1945 with our parents George and Ivy who ran it as a restaurant. We went to Leigh Beck infant school next to the bus garage. 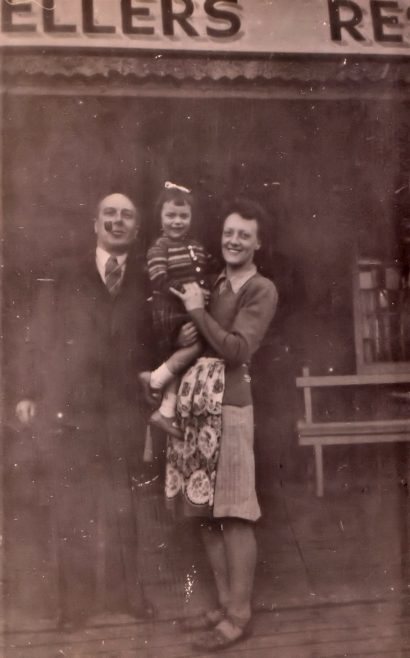 Our grandmother, Martha lived a few doors along in a house called Langthorne.  I remember one classmate called Geofrey Jones, we acted in a nativity play together. We stayed at Travellers Rest until 1949 when our parents purchased Cromwell later to be Barclays Bank. Opposite was Taylors garage and my father sold his old Ford “Bumblebee” registration DMX 89 ( anyone remember it) to them. I used to knock around with a couple of boys, David Smith and Colin Lee,they both lived in New road. Around this time I bought my first bicycle from Pickets bike shop near small gains corner opposite the Jolly Boys club and next door to the Cosy café. It cost £10.5s.1p. about 2 weeks average pay so bikes were pretty expensive in those days.

We used to scrounge bits of balsa wood from the Prout Brothers canoe factory by small gains corner. We lived at Cromwell (later Barclays Bank branch office in the village)until just before the floods when it was sold to Bill Leonard who came from Benfleet. I don’t know if he passed it on to Barclays or there was another occupier in between. We were staying with friends when the floods came waiting to move to Pitsea. They were Ernie and Queenie Elliot and lived at a house in Gafzelle Drive opposite the orchard known as Kismet