Another plane on Canvey was the Monty’s Mono Bar & Teas this photo is from the Hartfield Family. Graham Stevens believes the building on the left is the Bay Club. Is it the same plane mentioned by Dowd in his Canvey Cyclopedia :- 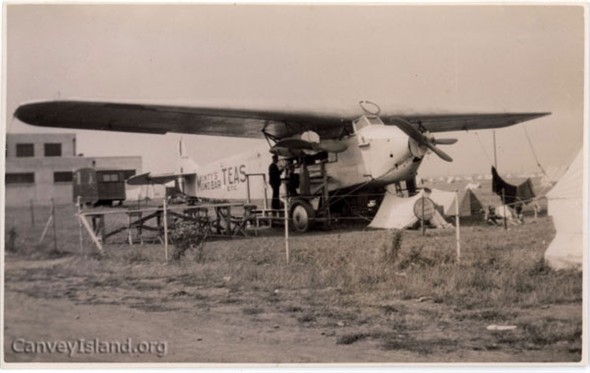 In correspondence I have located dated 1932 between the Clark Estate and the Dominion Amusements there was a ‘Captive Plane’ on a site at Lubbin’s which they wanted fenced. There was some controversy with the council because they had wanted to place this aeroplane on their park site but had been refused by Clark Estates. It is not clear what they mean by captive plane whether it is some ride or an actual plane which was no longer air worthy. The plane in this picture is fenced. Any ideas?

New photo can be seen here.